New Delhi August 13, 2015: RSS Sarasanghachalalak Mohan Bhagwat on Thursday asked the people to change their perspective towards great men and said such people cannot be enslaved in cages of caste or ideology and it is not easy to appropriate their legacy.

Releasing four books on the life and writings of BR Ambedkar, written by former Planning Commission member Narendra Jadhav, he said Ambedkar was among the great men this country had who dedicated their entire life to the country and its building. He took a jibe at those saying Jadhav was trying to get close to RSS and said “now that I am releasing books on Ambedkar, there will be a view that RSS is trying to appropriate the legacy of Ambedkar to increase its hold among Dalits. “As he (Jadhav) said that we have enslaved our great men in cages of caste, creed, language and ideology. These great men asked us to rise and view the nation as one but we have enslaved such great men on the basis of their caste, language or thoughts. I feel that in our country, we need to change our perspective on how we perceive great men. We only view them through their thoughts and what they did, what they said and what they wrote, but we need to go down further to understand their lives and philosophy,” he said.

He said the modern India envisaged is yet to be formed and for that the thoughts of great men who dedicated their entire lives to the nation need to be researched and studied further.

Bhagwat said Ambedkar had good ties with RSS and the Dalit icon had written to Veer Savarkar and in 1939 also met the then RSS chief and discussed the issue of bringing equality in the country. He, however, said there is no documentation of this as Sangh did not believe in documenting such things.

In this context, he said things have changed and today people do not think towards nation-building despite having different thoughts and ideologies. Narrating an incident, he said a senior politician was travelling with him to Nagpur and when he invited him to visit the RSS office, the leader said “there will be an earthquake if I do so and will be thrown out of my party.” But, he said, “I told him that since I have invited you, I will not be thrown out of my organisation.” Bhagwat said one should bear in mind that “none won over our country due to their strength but because of differences amongst us.”

“We served our nation to them on a silver platter. If we don’t improve ourselves, the Constitution alone cannot save us or the nation,” the RSS chief said. 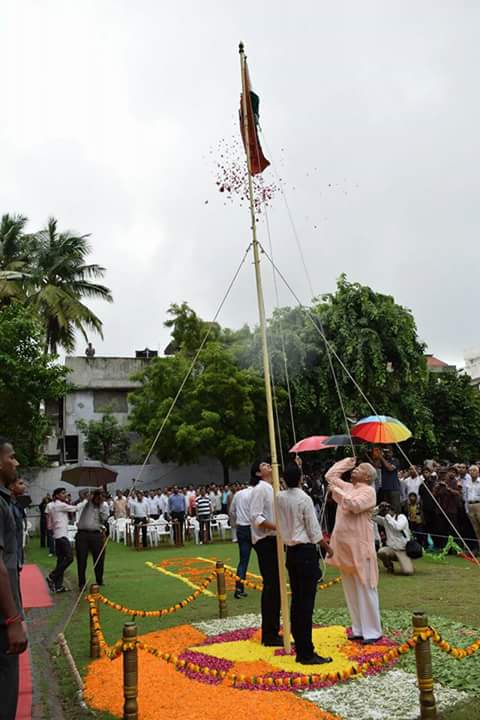