VR Vala urged the assembled crowd to chant Babasaheb Amar Rahe! He pointed out that Babasaheb spent his entire life in the service of the nation. He entreated youth not to waste time on trivial things but read biographies of great personalities like Babasaheb, Sardar Patel, Gandhiji , Shivaji etc to gain inspiration from their lives. He also emphasised on the importance of education as a tool to further one’s prosperity quoting example of Babasaheb.
The governor also underlined the importance of educating , respecting and empowering women in our country. The governor concluded his speech with the message to be useful to society, respect women, raise children with cultural values and serve the nation .

In the cultural programme kids of Kalika Kendra run by Keshava Seva Samiti, sang  patriotic songs. The programme concluded with National Anthem. This was followed by Sah-Bhojan.

Keshava Seva Samiti (KSS) is an RSS isnpired NGO of Bengaluru, focussed to Create a sense of dignity, equality and responsibility among these poor people, also to Impart values and life skills to them, particularly to the children and Empower women in such families for economic self reliance. KSS working tirelessly for the betterment of the underprivileged. KSS is managed by a team of people from divergent walks of life who have sworn to devote their life for a selfless cause thereby justifying the old adage of ‘Daridra Narayano Bhavah’ (We see God in the poorest of the poor). Website of KSS: http://www.kssblr.in/ 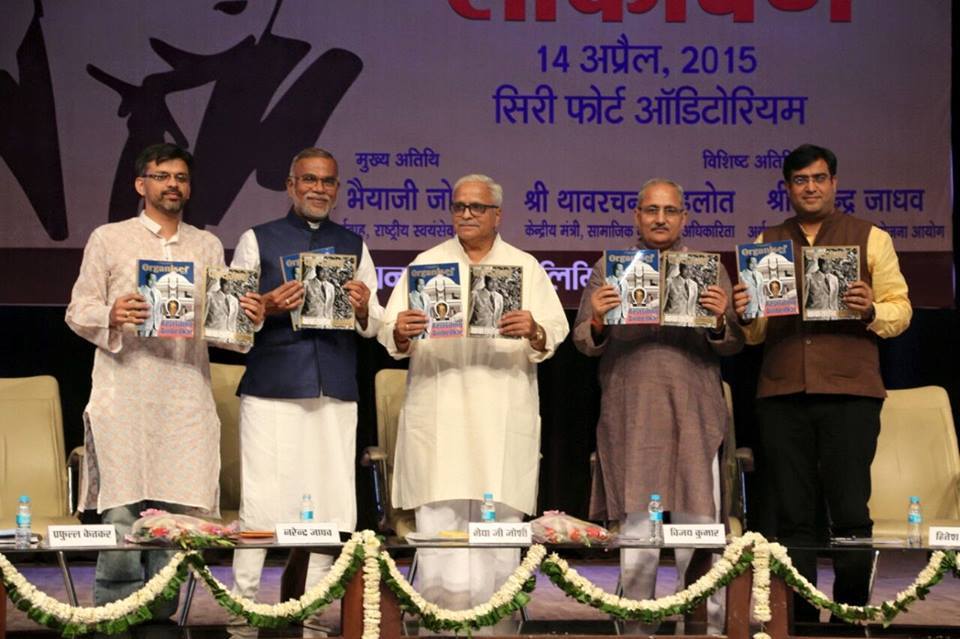