Bengaluru August 24, 2015:  Samskrita Bharati, a premier NGO working for the promotion of Samsktrit Language, had organised  “Griham Griham Prati Samskritam” Nationwide Home Contact Campaign to imbue the spirit of Samskrit learning on Sunday August 23, 2015.
The key objective of the campaign was to  convey Samskritam awareness to every countrymen at his doorsteps. “The campaign received  massive response in Jammu and Kashmir, Kerala, Tamil Nadu, Delhi, Rajasthan and few other parts of India as well” said a senior functionary of Samskrita Bharati.

“The movement sought to demonstrate that Samskritam is not just living but a thriving language that is more relevant than ever before. That Samskritam is beyond barriers of caste, religion, gender and financial status was yet another goal. To acquaint people with Samskritam as the vehicle of Indian Wisdom was also an important objective ” he said.

Samskrita Bharati chose this movement to enable its volunteers to directly experience the feelings that Samskritam evokes in society.
The volunteers comprised people from all age groups, visited huts, homes, schools, shops contacting people from all classes. The campaign began early in the morning and went late into the evening on Sunday yesterday.
A pamphlet describing Samskritam and the Samskrita Bharati movement was distributed to every house visited. Interested families could buy a nominally priced booklet “Samskara Bindu” that has simple conversational Samskrit sentences and other useful information. Several families bought these booklets not only for themselves but for their friends and relatives as well.

The team had an enlightening experience when they saw the love for Samskritam in society. Seeing some volunteers engaged in Samskrit conversation, a few curious auto rickshaw drivers also bought these booklets. Team members felt that the love for Samskritam in society was similar to the adoration that Yoga received during Yoga Day celebrations. People, including several Muslim families, expressed a keen interest to learn Samskritam through conversation camps (shibirams) and correspondence courses. Parents expressed keen interest in starting Balakendrams (Children’s Centres) to introduce their children to Samskritam. 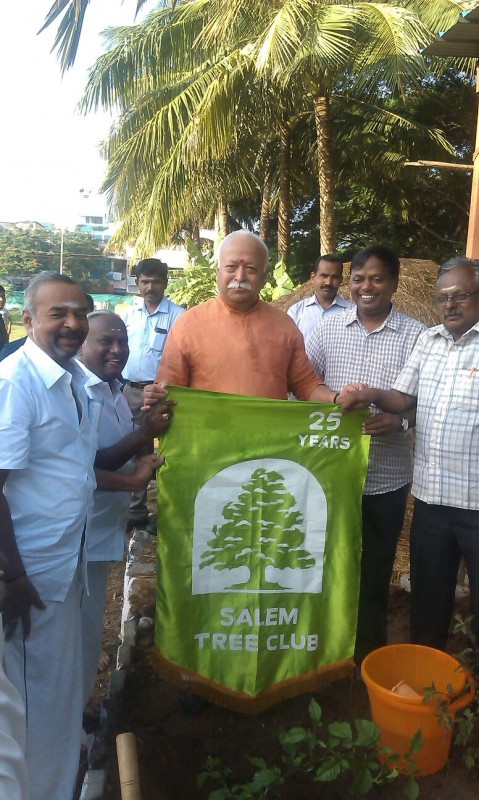