Na Krishnappa was serving as RSS Pracharak for 61 years since 1954. He was suffering from age-old illness since few months.

The antim-darshan is will begin from 12.30 noon till 4.00pm at Keshavakrupa. His body will be donated to KIMS Medical College.

Born in Mysuru on Sri Krishna Janmashtami day in 1932 as the second son of Narasimhayya and Savitramma, Na Krishnappa had completed his Degree in Samskirt BA Honors.

He became RSS Swayamsevak during his college days.

In 1954 Na Krishnappaji became RSS Pracharak. He deputed as Taluk Pracharak at Chamarajanagar.

In 1959 Na Krishnappaji became Mangaluru Jilla Pracharak for an year.

In 1989 Na Krishnappaji becameKshetreeya Pracharak for Karnataka, Kerala and Tamilnadu. His kendra was Bengaluru.

In 2004 Na Krishnappaji became Sadasya of Akhil Bharatiya Karyakarini of RSS, till 2014. He was given the responsibility of Parivar Prabodhan, a concept initiated by himself, educating countrymen about values within Hindu Families.

Since March 2014, his health deteriorated, and was under treatment for few months.

Na Krishnappaji is known for his concept of Kutumb Prabodhan or also called Parivar Prabodhan, educating individuals about values within Hindu Families.

He was a voracious reader of books, magaizines and newspapers. He was most updated on current affairs. Had great wisdom on Vedas, epics like Ramayana and other related philosophies.

Na Krishnappa  childhood friend of great Kannada scholar Dr SL Bhairappa. It is said by few analysts that, in his first novel ‘Dharmashree‘,  Dr SL Bhairappa mentioned a character by name Shankara. The narration of the character Shankara in his novel was based his friend, RSS Pracharak Na Krishnappa.

Na Krishnappaji had groomed thousands of Karyakartas of Rashtreeya Swayamsevak Sangh in South Indian states like Kerala, Karnataka and Tamilnadu. Photo Gallery: Na Krishnappaji - A Memorable Personality of all time in RSS Karnataka

Mon Aug 10 , 2015
Bengaluru August 10, 2015: Senior RSS Pracharak Na Krishnappa (83years) passed away today morning at 10.55 am at Keshavakrupa, RSS State Headquarters in Bengaluru. Here given small photo collection of Na Krishnappa. Incidentally, he kept his social life very much away from the clicks of camera. Hence photos are rare. We […] 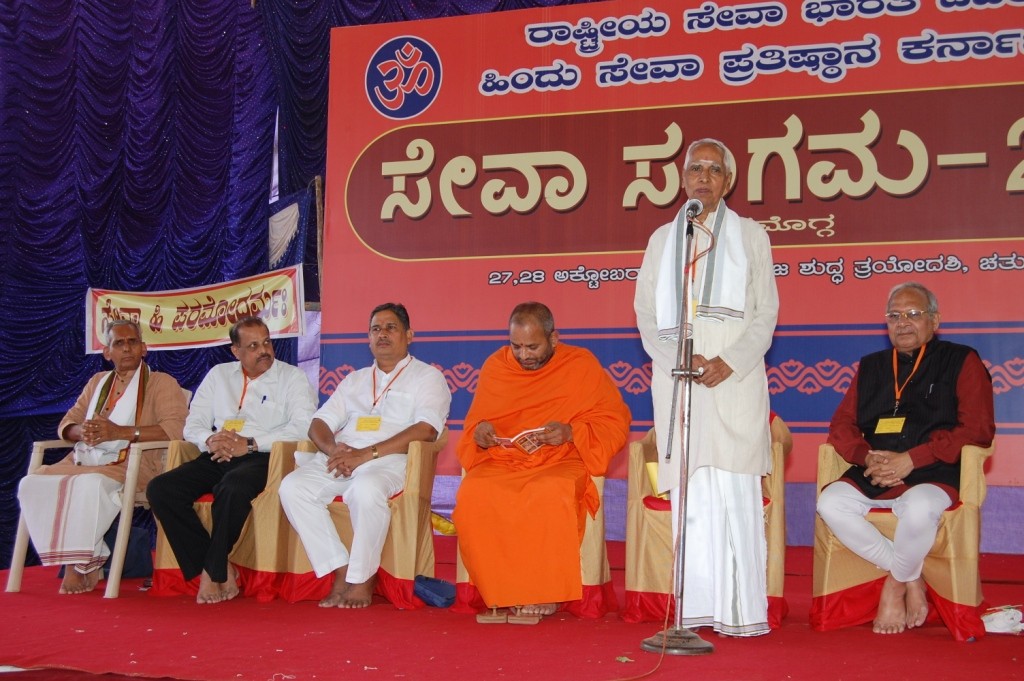