Ernakulam, Kerala July 02 : Seva Bharati Ernakulam, an RSS inspired NGO, serves the mid-day meal for the needy at Government General Hospital, at the city of Kochi in Kerala. Such free mid-day meal camps from Seva Bharati units have been running since years in  several plaves of Kerala. In Kasaragod, the Seva Bharati unit is very actively involved in such a scheme since years, which received huge public applause. Seva Bharati, is a team of volunteers exclusively working for a social cause through people centric service actions under the inspiration of Rashtriya Swayamsevak Sangh.

Genesis of Seva Bharati in Bharat: In 1979, veteran social worker and the then RSS Sarsanghachalak Shri Balasaheb Deoras addressed a mammoth gathering of volunteers at Ambedkar Stadium, Delhi, on 8 April 1978, where he called upon them to start service activities among the neglected sections of the society. He asked the volunteers to raise self-respect of the socially and economically deprived people of India. This speech is considered to be the initiating first step that led to starting the Seva Bharati.Although the volunteers of RSS and other allied organisations had been informally working for the betterment of the under-privileged, it was opined that a formal structure would help coordinate the service programs all over the country. Seva Bharati was thus established later that year.

The massive relief work carried out by Seva Bharati following the 2001 Gujarat earthquake, the 2008 Bihar flood and the 2004 Indian Ocean earthquake and tsunami came in for considerable appreciation from various quarters. The organisation is also known for its efforts in rehabilitating the victims of terror, especially the children who are rendered orphans by terror attacks.

The volunteers of Seva Bharati today are involved in more than one hundred thousand service projects in remote areas of the country. Volunteers have been the first to reach many natural calamities, be it floods, accidents or other natural calamities such as earthquake or tsunami. Seva Bharati is reported to have 13,786 projects in education, 10,908 in health care, 17,560 in social welfare and 7,452 self-reliance projects. These projects, serving the economically weaker and socially neglected sections of the society range from medical assistance, crèche, library, hostel, basic education, adult education, vocational and industrial training, upliftment of street children and the lepers.  Through these projects Seva Bharti aims at making the underprivileged sections of the society self-reliant in all aspects of their lives RSS distances from Govindacharya’s comment, says it is his personal views and not of the Sangh

Thu Jul 2 , 2015
With  KN Govindacharya criticising the Narendra Modi government over the Lalitgate issue, RSS today said “whatever stated by him are his personal views and not those of the Sangh”. Nagpur July 2: With comment of KN Govindacharya criticising theNarendra Modi government over the Lalitgate issue, Sahasarakaryavah of Rashtriya Swayamsevak Sangh (RSS) […] 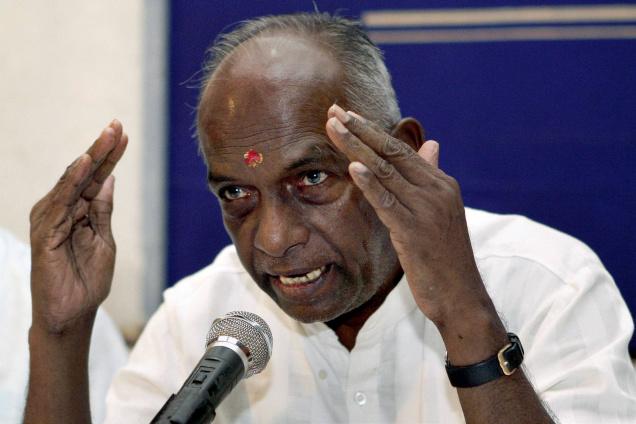