Sunnyvale, California April 12: Vandaneeya V Shantha Kumari, popularly known as Shanthakka, the Pramukh Sanchalika (head) of Rashtra Sevika Samiti, who was here recently on the first visit to the United States of America, rejected the notion that somebody needs to empower women.

Shanthakka said “Women are inherently empowered. What is needed is to realize and recognize this”. She was addressing the Indian Women leaders of Silicon Valley at a dinner organised as part of International Women’s day celebrations.

Rasthra Sevika Samiti, an all women’s voluntary organization, of which she is the current head, has over 6050 chapters in India and runs over 810 service projects including primary health-care centers, rehabilitation centers, hostels for under-privileged children and self help groups, many of them in far off rural and tribal areas.

She held discussions and spoke at different events in the San Francisco Bay Area including at the San Jose State University, a meeting with the leaders of local non-profit organizations working in the field of women and child development, a dinner with women leaders of Silicon Valley and a public event organised by the Indian community. She also interacted with second generation Hindu teenagers born and brought up in America.

Speaking at the public event organised by the Indian community, she stressed on retaining the Hindu identity among diaspora families. She said that it is essential for Hindu families to raise their children with the Hindu values of Seva (service) and said that the Hindu principle of “Seeing god in everything” can only be taught to children if they are encouraged to volunteer and serve the needy. She called upon Indians living in America to bring fame to both India, their “Dharma Bhoomi” as well as America, their “Karma Bhoomi” through their actions and their contributions to different fields they work in.

She said that courageous and selfless women leaders like Lakshmibai of Jhansi, Ahilyabai Holkar and Jija Mata are role models for Indian women and said that Indian culture could withstand foreign aggression and Colonial rule, because women played a pivotal role in protecting, propagating and carrying it forward through generations. She said that her organization was working towards organizing women in India and inspiring them to be leaders and agents of change in the society. 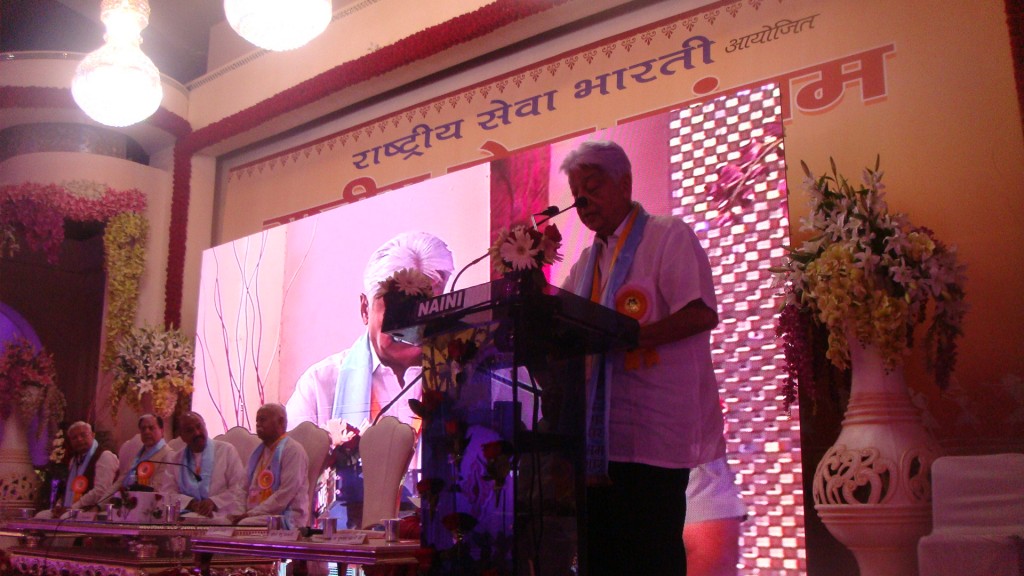