Born in Udupi near Mangaluru of Karnataka in  August 28, 1928, Acharya became a ‘Pracharak’ of Rashtriya Swayamsevak Sangh in 1950 and dedicated himself for a social cause till his last breath. Currently he was serving as a senior VHP functionary in Odisha. Acharya was the first organizing secretary of Bharatiya Jansangh in Odisha. Hundreds of swayamsevaks gathered on this occasion and paid tribute to him.

Sridhar Acharya born in Udupi, a cousin brother of PB Acharya, who serves as present Governor of Nagaland. Srdhar Acharya moved to Bombay for his higher education, was a double graduate. He came in contact with RSS during his student days in 1946 and became a Pracharak in 1950. He was in Maharashtra as a pracharak in initial years and later deputed to Odisha. Since then Odisha was his Karmabhoomi till his last breathe.

With all initial difficulties, Sridhar Acharya was successful to launch RSS activities in Balangeer district of Odisha. He completed his 3rd year Sangh Shiksha Varg in 1955. In 1965, Sridhar Acharya became the State General Secretary of Jan Sangh for Odisha. He was jailed during Emergency at Cuttack, Odisha. He came Vibhag Pracharak of Sambalpur area in 1977. In 1980, he was appointed as State Chief for ‘Samskriti Raksha Yojana’ for Odisha. In 1990, he was deputed for Vishwa Hindu Parishad activities. In 1993, he was apponited to look after the publication related aspects of VHP being in Sankat Vimochan Ashram, National headquarters of VHP at Delhi. He was very fluent in Marathi, Bengali, Odiya, Hindi, Sanskrit, Kannada, Konkani, Tulu, English also few tribal languages.

Acharya paved the way for nationalistic thinking in western Odisha as in Kalahandi and  Bolangir. A new era of BJP also grew during his time. The works of Jansangh was well appericiated by people under his leadership. He also smoothly carried out the works of  Vishwa Hindu Parishad, Odisha. 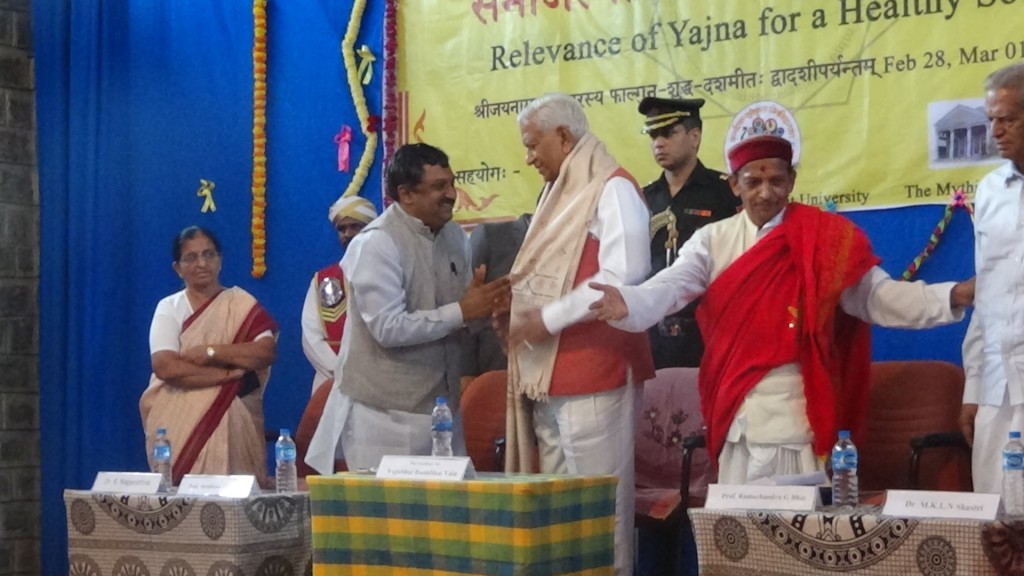