Kolar, Karnataka November 13: It as never imagined to become a emotional bond of a sister, who had no brother, and a brother whose sister was waiting for him in Haryana, and she called to celebrate Bhai Dooj wherever you are. Tarun Vijay, BJP MP reached  Radhamma’s village today to have Bhai Dooj Tika and ofer mithai to her ‘new’  Karnataka sister, Radhamma. She was surprised to have a brother from Himalayas, Uttarakhand coming down south in her muddy, forlorn village and she wept like a child. Sobbing she told “ I have no brother, God has gifted me a brother in you today, how lucky I am”. She , in a traditional way, had Aarati of her ‘brother”, invited him to her ‘small chute, big heart” home, gave him mithai and with moist eyes thanked.

Tarun Vijay visited her school and spoke to her at length, Her story is a typical hate inspired atrocious incident of how a male dominated village conspires to put all blame on a hapless women living with her maternal uncle as her husband left her years ago because she could bore no child to him. some how she got a job of  cooking mid day meals for a local school, at a meagre 1700 rs per month. Villagers, so called belonging to ‘higher caste’ and even those who are Scs but belonhgtoo a category of a sub caste that is considered ‘higher’ among SCs, rebelled. The strength of students , plummeted down to 18 from 118, when she joined. She is “ Chaluvadi” among SCs, which is lowest in their eyes. “ this time, when the village elders met to decide on Pongal celebration days, they refused to invite us, Radhamma told. The headmaster himself is encouraging children to leave the school and take admission in other schools. I met headmaster YV  Vernkatachalapathi, who said the problem lies elsewhere. Its the relatives of Radhamma who have filed many cases against the villagers under prevention of atrocities against SCs act, unless the cases are withdrawn , they will refuse to cooperate. But why punish Radhamma for something she has not done, I asked? He had no answer.

A lonely, dejected dalit lady is  fighting her battle. She  is courageous and will not buckle under pressure. The local authorities , police officers and DC came and ate with her, buts too formal. None has spoken to or warned the erring villagers. The complete absence of any administrative support surprises, as none, named by Radhamma has been arrested or questioned. The complaints of Radhamma were lying with administration since September 9th, this year. Why has the DC and local SP have not been questioned and transferred so far for not attending to her complaints till it was picked up by Indian Express and other media?

I have promised to take up the issue in parliament’s winter session beginning 26th November.

It is shocking to see how insensitive and rude a state govt can be to the plight of a dalit lady.

Its  shocking that how our leaders keep looking other way while the living deities are humiliated and insulted by so called ‘higher castes’. You speak about it and they will devise different ways to silence the voices demanding justice. I said to the local media _ those who keep silence and encourage such atrocious assaults on our dali brothers and sisters, who are our kith and kin and our blood, they sin against god, against Hindu dharma and against constitution of course. But any body listening? Except RSS nobody sent any members o her for solace and support. Sun Nov 15 , 2015
VHP PRESS Release on health status of Sri Ashok Singhal. November 15, 2015, New Delhi: The health of the VHP patron Sri Ashok Singhal has been improved today, is much better than yesterday. “Last night the ventilation started, so oxygen level raised up and BP maintained by medicine, today morning […] 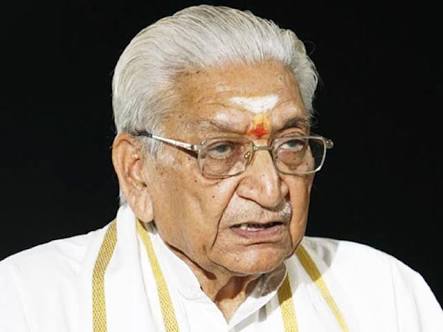