MUMBAI August 16, 2015 TOI: A bunch of lively schoolboys form a circle around an authoritative 12-year-old in khaki shorts and a superman T-shirt at a Navi Mumbai maidan on a weekday night.

At first glance, they look merely like children at play. But as the boy leading the group conducts a series of activities from games and exercises to prayer recitations and a brief session of marching involving bringing one’s right hand to one’s chest, it gradually becomes evident that this is an RSS shakha in progress, one of 51,335 shakhas held daily across the country in 2015.Shakhas are the smallest unit of the Rashtriya Swayamsevak Sangh.

While the organization is called ‘extremist’ by its critics, its admirers respond to the taunt by calling it ‘Hindu nationalist’. But even its detractors agree that the RSS organizational network is virtually unparalleled. While there is no formal membership, an analysis of data on the number of shakhas conducted each year over the last five years shows a nearly 29% increase in daily shakhas, 61% increase in weekly shakhas and 40% growth in monthly shakhas across India from 2010-11 to 2014-15.

The trend is similar in cities like Mumbai, which have seen a 34% increase in the number of daily shakhas, while weekly shakhas have grown by over 70%. In the neighbouring township of Navi Mumbai, daily shakhas have more than doubled in five years.

The largest increase in shakhas across India over the last five years took place between 2013-14 and 2014-15.

It is tempting to attribute the high growth in RSS shakhas since 2013-14 to a change in government; BJP is part of the 38 ideological affiliates of RSS that form the Sangh Parivar.

But Pramod Bapat, media coordinator of the RSS Konkan division, insists RSS growth has nothing to do with a BJP government at the Centre, adding that the organization has flourished under Congress governments for decades. He says Kerala, with over 4,500 shakhas, has the highest number in India despite never having had a BJP government. RSS is also strong in West Bengal, where too the BJP presence was negligible till a few years ago.

A law graduate whom TOI met at a shakha conducted under a flyover says he joined RSS a few months ago via their website because he supported their views on Article 370 and a Uniform Civil Code, and not because of the BJP government.

In recent years, RSS shakha strength has increased as timings are adjusted to suit various age groups — students, working professionals and retired people. As part of its outreach, RSS befriends heads of various communities (for instance, the head of a blacksmith community in a particular area) and involves them in various social activities, gradually making inroads into the organization.

While senior RSS leader Narayan Samant, jailed during the Emergency, says the organization may have grown organically in the past, he believes it will grow a lot more in every sphere of life over the next four years as the government of the day belongs to the same ideology.

“We are not against any community. We were not born out of an opposition to anybody, including the British. We only want Hindus to unite and become strong. If we become strong, opposition to us will automatically reduce. When RSS was formed, Hindus stood divided. Now you will see much greater unity amongst Hindus,” says Samant.

Many RSS members say they began attending shakhas as children in the villages where they grew up. A coffee shop employee in Mumbai began attending shakhas in his town in Karnataka, and continued doing so after moving states. Some say the Sangh network helps them make friends in a new city. An engineering student joined RSS as a child, when he saw shakhas being conducted at a maidan in front of his building. The youngest child that TOI saw at an RSS shakha was in kindergarten.

The organization is successful on social media, with over 15 lakh ‘Likes’ on its Facebook page and 1.5 lakh followers on Twitter. “Their Facebook page has some of the best graphic designers,” says a youngster whose grandmother is with RSS. He says the organization has a network of WhatsApp groups and generates content for WhatsApp.

“The spread of RSS is being experienced not only in cities but in almost every tehsil and over 55,000 villages of our Bharat, says Bapat. 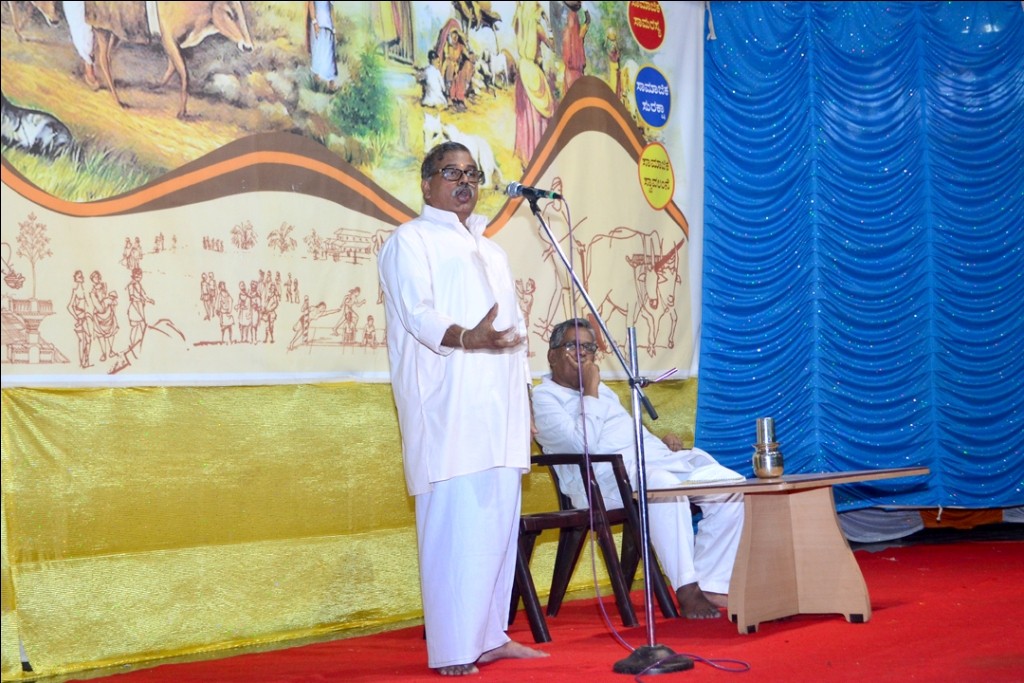