Chitradurga, Karnataka January 17: Come Muslim brother; I am ready to embrace you; We are ready for reconversion; Hindus who had got converted to Islam forcefully or any other compulsion come back to mother religion; – Dr Pravin Togadia gave a clarion call to converted Hindus while addressing huge gathering at Virata Hindu Sammelan held in Chitraduga.

Dr Togadia, International President of Vishva Hindu Parishat delivered the keynote address at Virata Hindu Sammelan organized at Old Middle School ground in Chitradurga, as part of VHPs golden jubilee year celebration. While addressing the gathering he said – Two thousand years back only Hindus were residing in Bangladesh, Pakistan as well. Agriculture, trade, politics etc were in Hindus hand only. The foreigners belonging to other religion who have invaded forcefully converted Hindus. That is why we are seeing Muslims here.

Once India was most prosperous and wealthy country; later the people from other religion like Aurangzeb, Mallikafur, and Nijams invaded and looted our wealth. They forcefully converted the Hindus. Such Hindus forcefully got converted to Islam please come back to Hindu religion; – he said. It has become like Hindus in this country have no security. Hindu daughters are hijacked and converted in the name of Love jihad. Each Hindu family needs protection. To provide secured, peaceful and prosperous living to all Hindus we Endeavour to establish Hindu Nation.

For appeasing the minorities the Chief Minister of Karnataka is trying to run administration like Aurangzeb and Haiderali. By initiating caste based census the Government is trying to spread seeds of poison in society. To appease the converted Brahmin Christian, Kuruba Christian and other castes are being created. If there are Brahmins, Kurubas in Christianity let the Churches accept it openly.

Shri Basavamurthy Madar Channayya Swamiji of Madar Gurupeetha, Shri Mahantesha Basavalinga Swamiji, Shri Shantaveera Swamiji of Kuncitigara Peetha, respected personalitis and dignitaries of Chitradurga, functionaries of VHP have participated in the program. A huge bike rally was organized prior to the function. The autos, cars and two wheelers of the city were seen with saffron flags.

Tue Jan 20 , 2015
Banashankari, Bengaluru January 18: RSS unit of Banashankari zone in Bengaluru organised ‘BALA SANCHALAN’, a special route-mach by young RSS swayamsevaks who are school students studying in classes 7, 8 and 9 in different local schools. The event was organised as a part of Birth Centenary celebrations of Yadava Rao […] 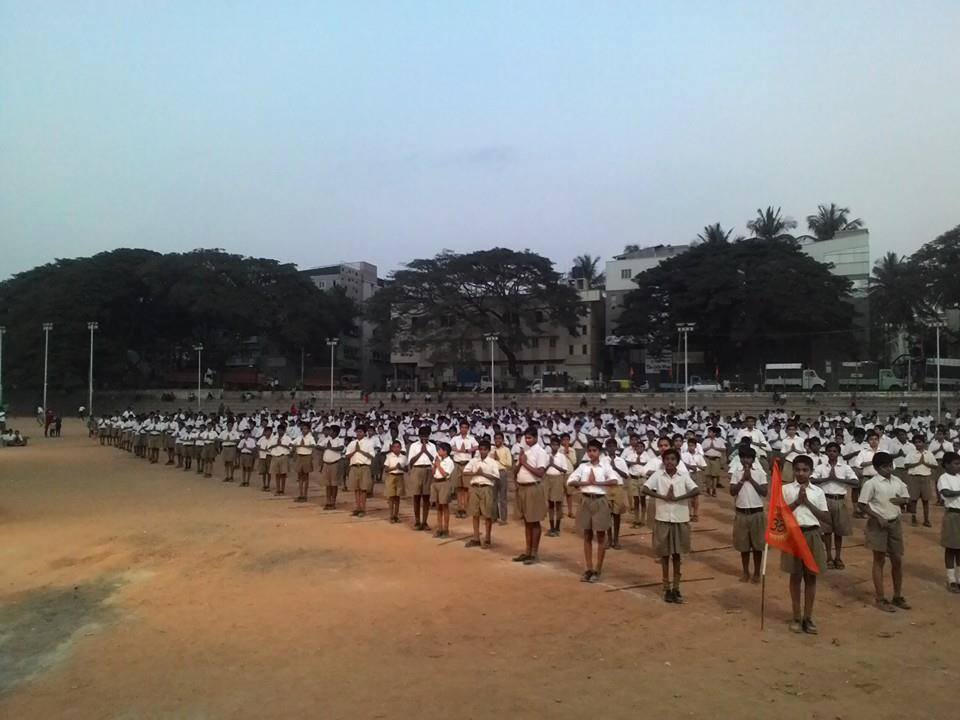