Hosur, Feb 7 Tamilnadu (Karnataka Border): “Hindus should not suffer due to hunger. Let us relieve their hunger. Let us keep aside a fistful of rice for the needy before we cook. Let us keep aside a rupee while we perform our pooja, for the education of poor Hindu kids.” This is the gist of the message from Pravin Bhai Togadia, International Working President of VHP. He was speaking at the Hindu Samajotsav on Saturday, organized on the occasion of the 50th Anniversary of VHP at Hosur, a Tamilnadu town adjacent to Bengaluru. “I wanted to convey the same message even in Bengaluru. I have plans what could assuage the difficulties of the poor. However, Chief Minister Siddaramaiah did not allow for this message to be conveyed. By doing this, he will now not only be known as an anti-Hindu but also an anti-poor Chief Minister”, Togadia commented.

He also said that the VHP will celebrate its Golden Jubilee in a grand manner only after the construction of the Ram Mandir at Ayodhya starts.

“15 centuries ago Muslims like Shah Rukh Khan, Salman Khan, Imam Bhukhari, etc., were not born. 2000 thousand years ago, there were no Christians. The people who inhabited countries like Iran, Iraq, Syria, Europe and England were Hindus themselves”, Togadia said.

Hindus cannot live in Mecca, Medina, Pakistan or Afghanistan. This is because the Hindus and their properties are not safe there. Also, 5 crore Hindu youth in our country are suffering due to unemployment, he said.

Togadia Ji said that 4 lakh farmers have committed suicide in the last 4 years. “Time has arrived to take a vow to protect the 100 crore Hindus. VHP is persistently striving for the security, economical upliftment, self-esteem and protection of Hindus”, he said.

Parties like AIADMK, DMK and Congress have no concern for the security of Hindus. Let us strive to make Bharat a Hindu Rashtra, he said. He urged the government to implement the Uniform Civil Code. Togadia Ji accused that while reservations are being provided to Muslims in Uttar Pradesh, West Bengal, Andhra Pradesh and Telangana, even the poor Hindu students are not being supported financially. 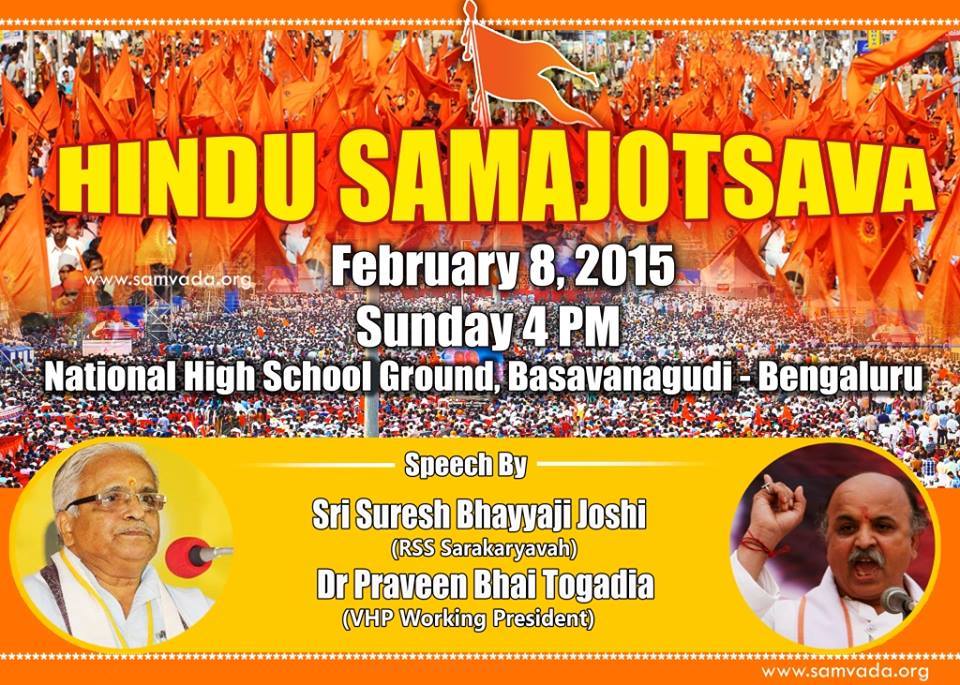