New Delhi, April 9, 2015: Reacting strongly on the separatists threats & tantrums on the rehabilitation of Kashmiri Pandits in Kashmir, VHP International Working President Dr Pravin Togadia said, “Since 1947 & then again since 1990, Kashmiri Pandits & Sikhs had been brutally killed & hounded by separatists. The brutality, the attacks on families & snatching of shops / lands of Kashmiri Pandits & Sikhs are still fresh in the memory of Bharat. That was a genocidal ethnic cleansing by the separatists whose warm love for Pakistan is all well known. Such traitors have no right to tell Bharat where Kashmiri Pandits & Sikhs should stay, live & do business! The land that belongs to Bharat. Pro-Pak elements have no right to poke their nose in this matter. Releasing Masharrat Alam, then demanding revoking of AFSPA & then trying to even dictate where the rehabilitation of the Kashmiri Pundits are all orchestrated actions by pro-Pak separatists to repeat 1947 & 1990. Bharat will never allow such Jihadi terrorism.”

Demanding complete protection to every Hindu in entire Jammu & Kashmir state, Dr Togadia further said, “The Union Govt & the J&K State Govt should now come up with a specific & Time – Bound plan to not only just rehabilitate Kashmiri Pundits in the valley but also ensure total safety of their lives, properties & business. 3 generations lost everything that they had so far, over 400000 are living like refugees in their own country – Bharat will not allow any more such losses. Since 1990, over 70,000 people have been killed in terrorism in J&K. Human Rights of Kashmiri Pundits in J&K and those who are forced to settle somewhere else in Bharat must be protected with specific action plan. J&K land belongs to Bharat & never belongs to pro-Pak separatists’ fathers! Such separatists should refrain from interfering in the well-being of Kashmiri Hindus failing which, the rest of Bharat will not stay mum. We also demand that the separatists who oppose & call for ‘Band’ etc against the rehabilitation of Kashmiri Pundits, should be immediately arrested & tried in a fast track court on charges of Treason & terrorism.” 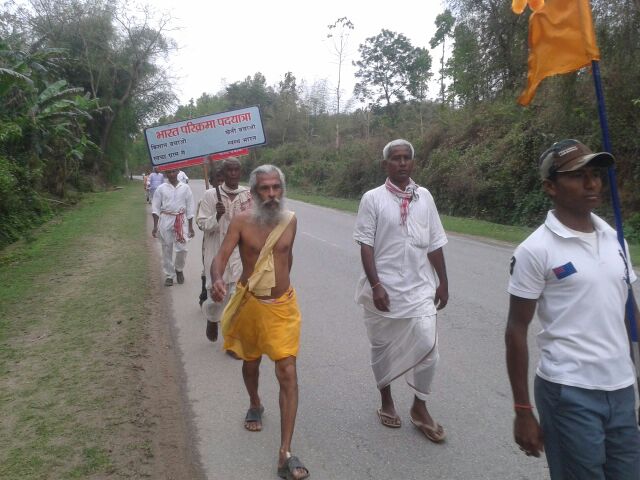