Bharat will be advisor to the world – Ma. Arun Kumar Ji
‘Like an individual, every nation also has its purpose. The purpose of our nation, Bharat, is to be the mentor to the world. And hence, we are fortunate to be born in Bharat. There is a great expectation and confidence about RSS in our country today. We have to live up to this expectation of people and transform this country into a powerful and united nation’, said  Varg Pramukh Arun Kumar  during his welcome speech to the the participants of ‘Sangh Shiksha Varga- trutiya Varsha’ at Nagpur.
He observed that “a dedicated volunteer of RSS should have proper understanding and Expertise of subject and bonding nature. The purpose of this camp is to polish these skills. At the same time he should be able to do self introspection and connect himself with national integrity of Bharat.”
“To understand the characteristic of a real Swayamsevak, one can look at his conduct and purity of his heart.” he added.
RSS Sah Sarakaryavah Dattatreya Hosabale introduced the various officers of the camp. Varg Sarvadhikari Govind Singh  Tank, Varg Karyavh Yashwant Bhai Choudhary were present on the dais. Also present were V Bhagaiah (Sah Sar Karywah), Sunil Kulkarni (Akhil Bhartiya Sharirik Pramukh),  AnilOak (Akhil Bhartiya Sah Vyavastha Pramukh). Mon May 11 , 2015
Dharawad May 11, 2015: RSS Karnataka Uttar Prant’s annual 20-day cadre training camp First year Sangh Shiksha Varg concluded at the premises of Rashtrotthana Vidyakendra near Garag in Dharawad on Monday evening. Began on April 21, 2015, in this Varg, a total of 260 Swayamsevaks were participating. In special Sangh […] 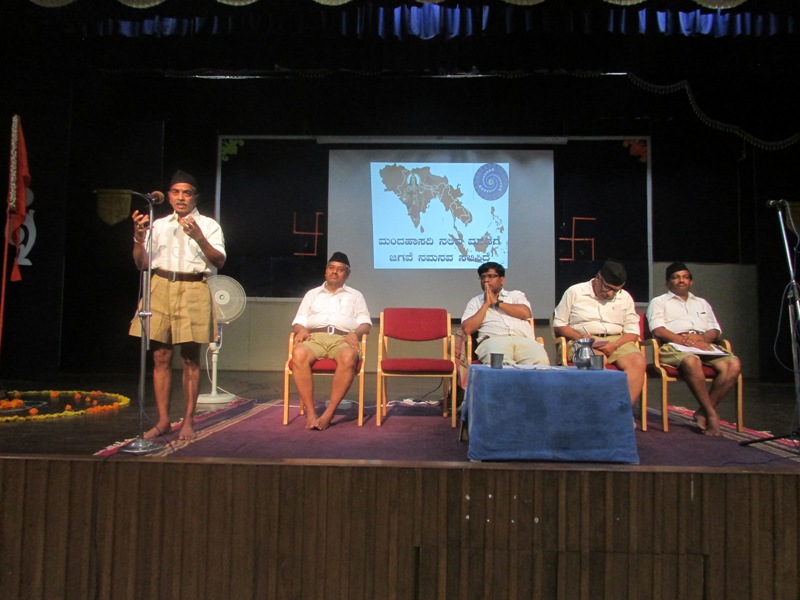