New York March 25 (Indian Express): USA has told a court that it intends to move for dismissal of a lawsuit for declaring India’s RSS as a “terror group” while seeking time till April 14 to do so. In a motion filed Tuesday before judge Laura Taylor Swain of the Southern District of New York, US attorney Preet Bharara said the “government requires additional time to finalize its motion and supporting papers”.

The US based rights group Sikhs For Justice (SFJ) has filed a lawsuit in the US court to label the Rashtriya Swayamsevak Sangh as a foreign terrorist organization, according to SFJ attorney Gurpatwant S Pannun. It has sought such a declaration for RSS for allegedly “believing in and practicing a fascist ideology and for running a passionate, vicious and violent campaign to turn India into a ‘Hindu’ nation with a homogeneous religious and cultural identity”.

In its response filed on behalf of Secretary of State John Kerry, Bharara’s office acknowledged that the government’s deadline to respond to the complaint was Tuesday.

But “in lieu of an answer, the Government intends to move to dismiss the complaint, and requires additional time to finalise its motion and supporting papers,” it said.

“In the event this request is granted, the Government would consent to any reasonable deadline for the filing of opposition papers that plaintiff’s counsel would propose,” it added.

'Be proud of great legacy of the nation'; RSS Chief Bhagwat at 'Tarunoday Samavesh' at Rohtak

Mon Mar 30 , 2015
Rohtak., March 28 2015: RSS Sarasanhghachalak Mohan Bhagwat said “Nation has a great legacy, we are proud of this this great legacy.  We are known for our rich heritage and pluralism. Nation should be more stronger (shaktishali), for the prosperity of the universe”. Mohan Bhagwat was addressing a mega youth conclave TARUNODAY at […] 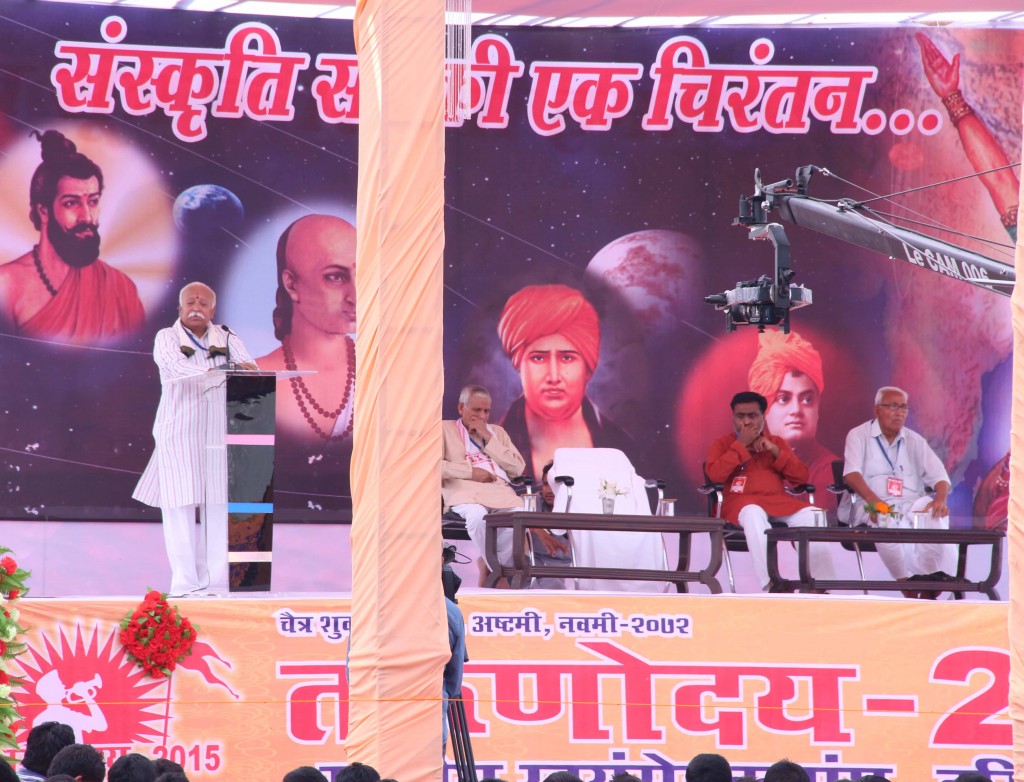