The guests were welcomed amidst the enthusiastic dance performance from the artists from the tribal community. The guests then proceeded for the lamp lightning ceremony, which was accompanied with a prayer that was sung by the people from Arunachal Pradesh. Vishnukantji, Rastriya Sanyukta Mahamantri, introduced the dignitaries on the stage to the people.

While addressing the gathering Chief Minister, Devendra Fadnavis praised the work done by Vanvasi Kalyan Ashram, which is working since 63 years for the tribal people. CM gave the example that the millennium development goal is incomplete without the sustainable development and that is perfectly portrayed by the tribal people, where they live in harmony with the nature and conserve it at the same time. When evil powers were busy breaking the society, Vanavasi Kalyan Ashram was in the forefront to reestablish the faith of the tribal people in their own land. He also stated that Maharshtra Govt. has initiated various social upliftment schemes for the Janjati community.

CM on this occasion remembered the struggle of tribal freedom fighters and remembered the freedom fighter Babarao Shermake, from Chandrapur district of Vidarbha region, who at the young age fought against the British. The Govt. has also started the work of Ashramshala, which will provide the opportunity of education in the region’s ranked one schools to the 25000 children from the Janjati communities. They will also start the work of providing hygienic food to the vanvasi kids under Akshay Patra Yojana, so that the medical parameters in the kids will start to get better. He also stated that, the Govt. has strong resolution for the development of tribal community and bringing them to the mainstream development using skill development projects.

On the concluding ceremony, Shri. Sudarshan Bhagat, Union Minister of State said that he being a student of Vanvasi Kalyan Ashram’s Chatravas felt that it was a proud moment for him to be present amongst the people who are working with a vision for the betterment of the tribal people. The people gathered on the occasion from various parts of the country gave him the feeling that a small version of India is seated in front of him. He praised Vanvasi Kalyan Ashram for their contribution in making the Janjati community able and self-sufficient reaching out to them in the interior regions of the country. He applauded the work which is being done through various hostels of Vanvasi Kalyan Ashram for the education of children of tribal community. He even said that we need to get tribal community in the mainstream development as early as possible and Govt. is trying its best to fulfill the requirements. He thanked Vanvasi Kalyan Ashram for giving him an opportunity to interact with the people over their problems.

Shri. Suhasrao Hiremath, Akhil Bharatiya Seva Pramukh of RSS, on the occasion said that the work of preserving the values in the age of fast changing world is being done by the tribal community in a very effective manner. He also said that seeing the work of Vanvasi Kalyan Ashram, the youth of India will be inspired to join the event the very moment he begins to know them closely. He also made a point to mention that even when the tribal people were treated poorly they still have conserved the mainstream values and the culture in their own unique manner and are still doing so with the same enthusiasm. Dr. Kanna Madavi, praised the work done by RSS and Vanvasi Kalyan Ashram for the upliftment of the tribal people and even made it a point to mention what experiences he had in his life being a person from Janjati community. He showed the trust in the tribal people that they can develop themselves only what they need in the real life is a pat on their back. He further said that the society must stop unnecessarily sympathizing with the tribal people and treat them as one of them.

Mr. Ashok Goyal, eminent business person on the occasion said that Vanvasi Kalyan Ashram and RSS are doing the work of reinstalling the faith within the tribal community and praised the work that is being done by all the representatives. He stated that the work taken up is an Ishwariy Karya and whoever thought of the question as to how the future of the Janjati to be improved must be bowed before. With such activities of Vanvasi Kalyan Ashram, social fabric will be strengthened.

In this three day conference 1469 males and 288 females representing 236 Janjati PAN India took active participation. A total of 1757 people across the country along with Andaman Nicobar and Nepal, were present for the event. 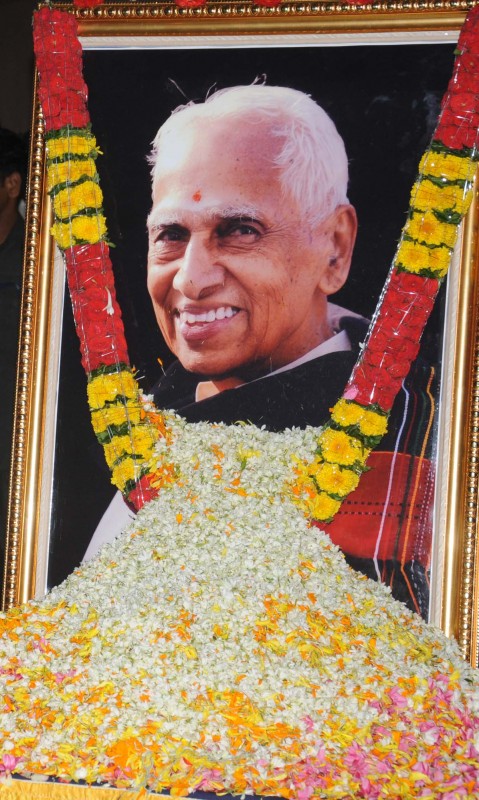