Mangaluru October 24, 2016: Karthik Raj (27) RSS Swayamsevak, son of a noted BJP leader, was brutally attacked by unidentified miscreants on Saturday near Konaje police station, was died at a private hospital in Deralakatte near Mangaluru on Sunday. He was hit on his head by a heavy stick while he was jogging from his house in Pajir to a gymnasium in Derlakatte on Saturday. Karthik had grave injuries after the attack. He was in the intensive care unit of a private hospital in Deralakatte.

Following Raj’s death, the Konaje police have registered a case of murder. The police are still working on clues and are searching for the accused.

Meanwhile, at a public meeting on Sunday, Vishwa Hindu Parishad joint secretary Surendara Kumar Jain claimed Raj was a victim of revenge killing by from some people from another community. He said that Gou Rakshak Prashant Poojary was murdered in Moodbidri last year.

RSS Kshetreeya Sanghachalak V Nagaraj condemned the murder of Karthik Raj  and demanded immediate arrest of culprits behind this crime. Mon Oct 24 , 2016
Hyderabad October 24, 2016:  “Communist Violence in Kerala is highly increased after Left Democratic Front formed government Kerala.  The state of Kerala is going through a turbulent phase of violence based on intolerance by the CPM against groups that they perceive to be opposed to them.” said J Nandakumar, RSS Akhil Bharatiya Sah […] 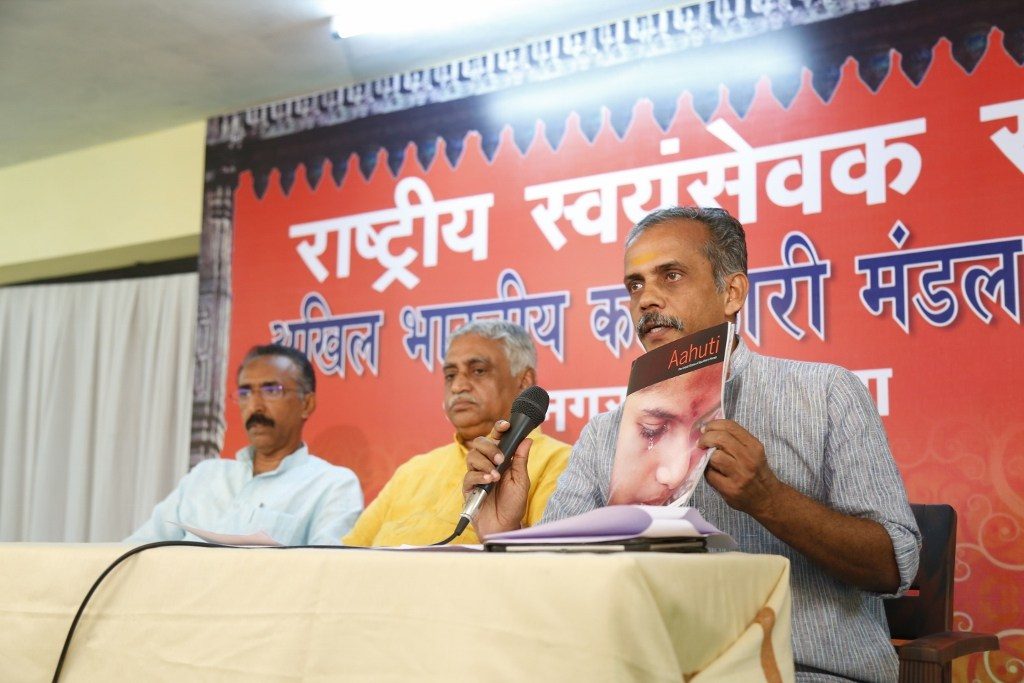