Addressing the media at the ongoing Akhil Bharatheeya Prathinidhi Sabha (ABPS-2016) at Nagaur, Rajasthan, RSS Akhil Bharatiya Saha-Prachar Pramukh, J Nandakumar said; “The statement of Gulam Nabi Azad comparing RSS with ISIS shows the Ideological bankruptcy of Congress party as well as Mr. Gulam Nabi Azad, to deal with the terrorist outfits like ISIS.
“Its a sort of unwillingness of Congress to deal with extremist elements like ISIS and other terrorist organisations and to face the challenges raised by them”, added J Nandakumar.

Gulam Nabi Azad, the Leader of Opposition in the Rajya Sabha said at an event organised by Jamiat Ulama-i-Hind that”We oppose organisations like ISIS, the way we oppose RSS. If those among us in Islam too do wrong things, they are no way less than RSS”. 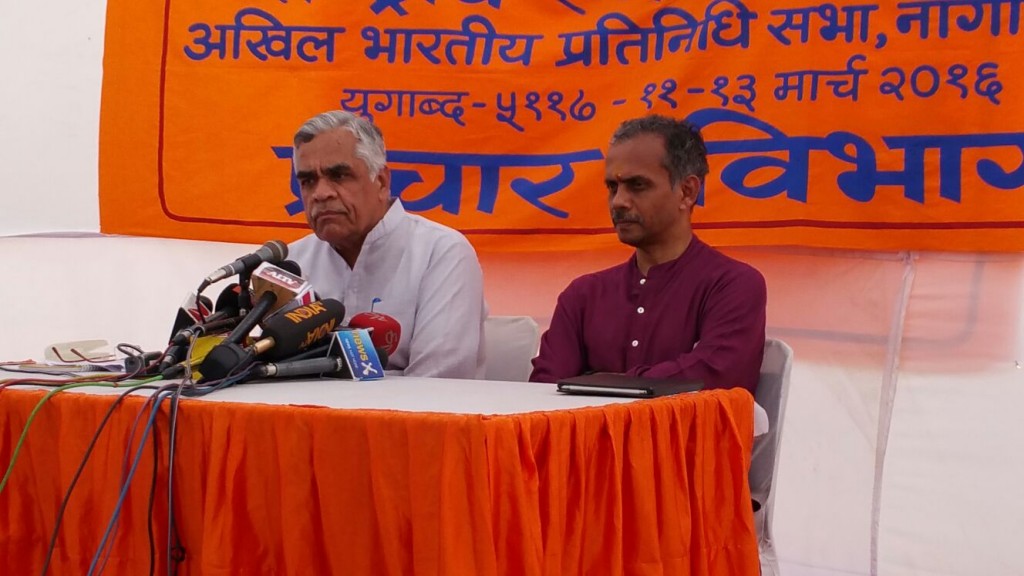