ABVP staged a huge protest demanding arrest of those who allegedly raised slogans against India and the Army at an event on Kashmir held by it. The students demanded action against Amnesty International and speedy arrest of those who had allegedly raised “pro-freedom” and anti-Army slogans at the event on Saturday. The activists also protested against Amnesty International at United Theological College in the city centre where the event was held.

Bengaluru police filed a sedition case against Amnesty India on Monday night for the slogans allegedly raised at the event it organised on August 13. The ABVP activists also protested against Amnesty on Sunday at the United Theological College in the city centre where the event was held. The 90-minute event was held, ostensibly, to interact with a few Kashmiri families who were victims of human rights violations in the state.

Karnataka Home Minister G Parameshwara said police were examining video and CCTV clippings to identify the “pro-freedom” Kashmiris who raised “independence” slogans. “Police have filed an FIR against Amnesty International India. Police are examining the video and CCTV clippings to identify the pro-freedom Kashmiris who raised independence slogans at the event,” he told reporters.
Amnesty International had organised the event as part of a campaign to seek justice for “victims of human rights violations” in Jammu and Kashmir, which took an ugly turn with heated exchanges and alleged raising of anti-India and anti-Army slogans.
ABVP activists had submitted a CD containing video recording of the event after filing a complaint with police, who yesterday registered an FIR against Amnesty International.
IPC sections– 142 (being member of an unlawful assembly), 143 (whoever is a member of an unlawful assembly), 147 (rioting), 124A (sedition), 153A (promoting enmity between different groups on grounds of religion, race, place of birth, residence, language, etc. And doing acts prejudicial to the maintenance of harmony) have been invoked against Amnesty.
Asked whether Amnesty International India Executive Director Aakar Patel is likely to be arrested, Parameshwara said, “Not to my knowledge. Not at the moment. Asked about reports that “anti-India” slogans were also raised by some students at the Sri Siddhartha Institute of Technology in Tumkuru, 70 km from here, with which the Home Minister is associated, Parameshwara said an FIR had been registered in that case also and police were investigating it.

Following protests and an FIR against Amnesty International India on Monday, RK Mattoo, president of the Kashmiri Pandits Association in Bengaluru, said that he was “100% in support” of the charges against the human rights advocacy group.

“The event was organised just to malign India’s armed forces,” Mattoo alleged. “You cannot just organise an event in Bengaluru against the country and get away with it,” he said to ‘The News Minute’, a webportal of the city.

Mattoo recalls that they weren’t invited to the event initially. He only came to know about the event through a colleague and then contacted Amnesty so that they could talk about the issues of Kashmiri pandits also.

“We were butchered in 1990s and now we are living like refugees in our own country. Being a human rights organisation, why is Amnesty silent on this?” questions Mattoo, adding that the people responsible for their plight are still roaming free today. According to Mattoo, though the event ‘Broken families’ was designated to start at 7 pm on August 13, till 4 pm, Amnesty’s Tara Rao and Aakar Patel, were still speaking to him about what he could talk about.

Then, when Mattoo said during a panel discussion that the India’s armed forces are one of the “most disciplined” in the world, anti-army slogans were raised by many. However, Mattoo stands by his statement and says that if there have been excesses, armed forces personnel have been tried in court martial courts and punished.

“Why are you targeting the army? Why are you silent on the terrorism that happens there? The army is protecting us from that!” says Mattoo.Mattoo also alleged that Amnesty had no authentication for the families featured in the campaign. “They (Amnesty) told me that if someone comes to them for human rights violation, they give them a platform. But they should be asking why were these boys picked up by the army in the first place,” Mattoo says.

Mattoo added that clarified that his support for the complaint against Amnesty was not reflective of any political affiliations but simply a regard for the country. “It’s a matter of India’s security and sovereignty. It has to be taken seriously,” Mattoo asserted. Thu Aug 18 , 2016
​Rashtriya Swayamsevak Sangh Kaliyugabda 5118, Durmukhi Samvatsara, Shravana Shuddha Poornima 18th August 2016, Thursday Rakshabandhan Sandesh Ours is the most ancient civilization having a history of many thousands of years. Our society had a flourishing culture at a time when civilized living of such kind was not prevalent in other […] 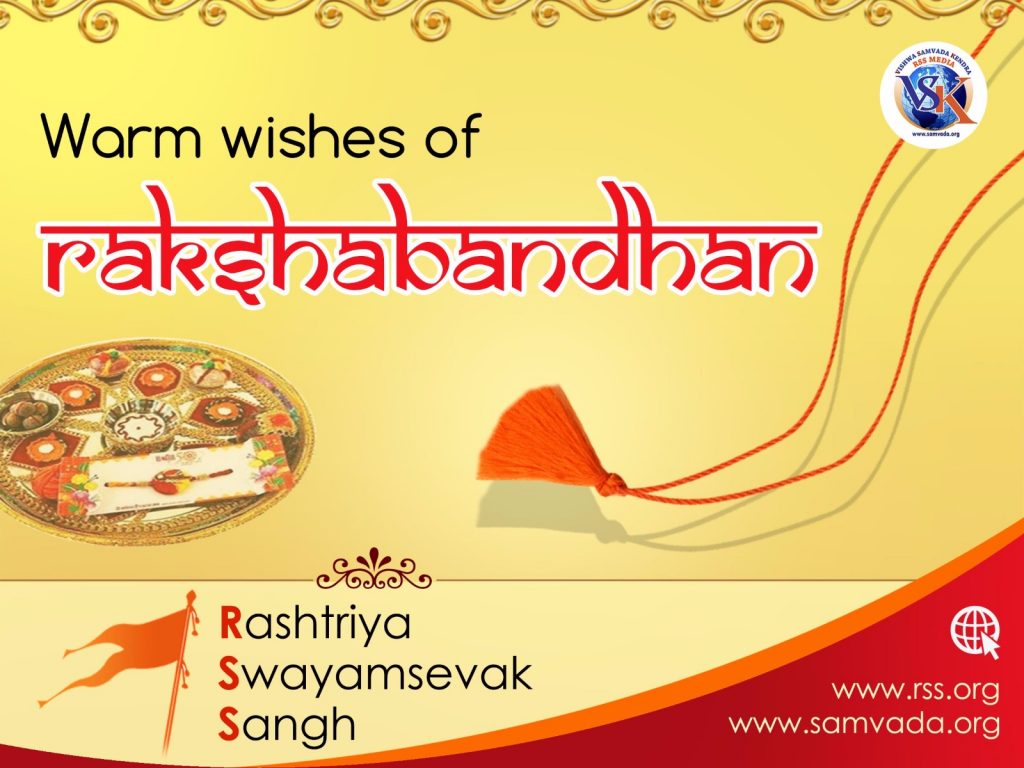