The event wass organised by Manthana Bengaluru at Banquet Hall  of Hotel Goldflinch, Bengaluru.  The Book BEING HINDU and the author Hindol Sengupta – Editor at Large of Fortune India, journalist, entrepreneur and celebrated author of many books including Recasting India, were introduced to the Bengaluru readers. The book narrates the quest of a modern educated inquisitive mind in to understand Hinduism from the contemporary context and to find answers on his own faith Hinduism, Hindu spiritual philosophy and what it means of being Hindu. Speaking on his journey in pursuit of understanding Hinduism Hindol Sengupta narrated the incidence during his school days at Assembly of  God Church School in Calcutta (now Kolkata), where the pastors zealously condemned Hindu practices and idol worships. Then came a time just before the Durga Pooja holidays, when the pastor told them that Hindu practice of praying gods and goddesses was false and bring greater sins; and after the condemning sermon he had to announce ten day holiday to school for Durga Puja! That was the first time he thought about his faith. “I am born Hindu, my parents.  Grandparents and their parents are Hindus, as long anyone checked we were always been Hindus. I unquestioningly had accepted that I am Hindu. But what did it mean to be Hindu?” He said he researched to find answers to these queries. Speaking on the rich Hindu tradition he said “I am pluralist, liberal, and scientific because I am a Hindu; because I don’t follow Karl Marx but follow Vivekananda.” Giving the example of Nataraja statue installed in European Organization for Nuclear Research- CERN, which western scientist regard as symbolizes the quantum physics theories he regretted that “such great knowledge of our tradition is not taught in our test books.  There cannot be greater evidence that Hindus are tolerant than the fact that since hundreds of years we have allowed to teach lies to our children and still continuing to allow”.

Explaining the quality of all accepting Hindu tradition he said “Hinduism has one big quality that none other in the world can claim. That is Hinduism is not scared of science” Speaking on the occasion Dattatreya Hosabale Sahasarakaryavaha of Rashtreeya Svayamsevak Sangh- RSS said “Who is Hindu? This is a question being asked by many, time and again since several decades. Many people will tell why we should call ourselves Hindus? Because that is the name given by somebody else; that is true, Hinduism gave itself no name. That is the beauty of it. Our forefathers did not say who we are. We are now trying to say because the world is trying to know, who these people are. They called us Hindus. Are we Vedanthists? Yes we are.  Are simply followers of manava dharma? Yes off course we are. That’s why to quote Maharshi Aurobindi –‘Hinduism gave itself no name, because it set itself no sectarian limits; it claimed no universal adhesion, asserted no sole infallible dogma, set up no single narrow path or gate of salvation; it was less a creed or cult than a continuously enlarging tradition of the God ward endeavor of the human spirit. An immense many-sided and many staged provision for a spiritual self-building and self-finding, it had some right to speak of itself by the only name it knew, the eternal religion, Santana Dharma”. Continuing he said “Who is a Hindu? there have been many answers. Those who believe in Vedas are Hindus. But there are many Indic religions who may not believe in Vedas, we accept them as Hindus. So that definition also doesn’t stand. Then there is definition that who believe in rebirth are Hindus. But there are scholars who don’t believe in this, still they are Hindus. Then people say if you are born in India you are a Hindu, because Hindu is a DNA,  a race.  You may be worshiper of any God or you may not be a worshiper of any God, you may be an atheist still you can be a Hindu. You may not be follower of any religion still you can be a Hindu. That’s it defies this definition also. Then came the definition that if you are borne to Hindu parents you can be Hindu; but this can’t  also hold since many born to non Hindus like David Frawley and Sri Ma of Pondicherry are Hindus. Then to say you are converted to Hinduism you are Hindu; but strictly speaking there is no concept of proselytisation in Hindu cultural, philosophical, spiritual tradition. The reconversion that takes place is actually de-conversion. Hinduism with whatever name call defies definition. Hinduism is reflection of the manifestation of this whole creation. So we cannot define or codify Hinduism. But the beauty of Hindutva on the other side is we can question it”. Congratulating Hindol Sengupta for authoring the book he said ”Writing on Hindu and Hinduism in India today has become almost a fashion. But this book stands apart. This book will open the gates of intellectual philosophical and spiritual pursuit of Hindutva.”

The function was attended by distinguished scholars and intellectuals of the city and was followed by a brief question answer session. Dr Giridhar Upadhyaya convener of Manthana Bengaluru was present on the dais. 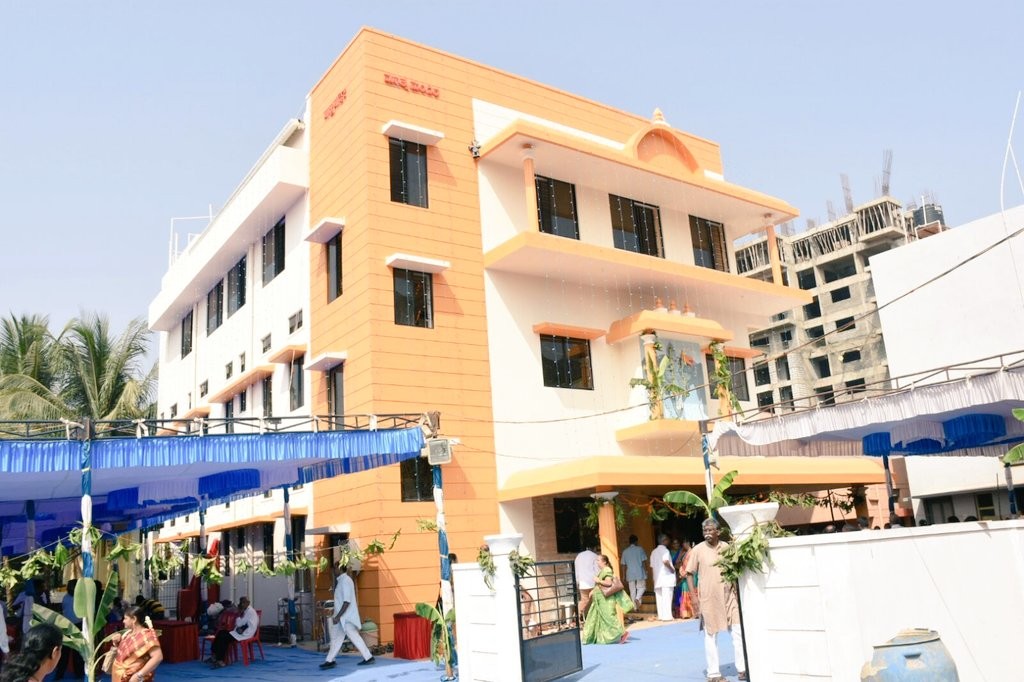