Across Karnataka, as part of this fortnight long eye donation awareness campaign, starting from August 25th to September 8th 2016, various programs are being organized. On Sunday,28th August, RSS Swayamsevaks will visit the homes of general public in many locations in their respective districts, will spread awareness about corneal blindness and eye donation among the people in those locations.

On this occasion around 500 student volunteers from around 20 colleges of Benagaluru along with local citizens assembled at the ground to take part in this campaign.  Vinod Prakash R, State General Secretary & national executive committee member of Sakshama welcomed the guests and in his welcome speech he enlightened the importance of eye donation and highlighted the gap in demand and supply of Corneas in India due to increased corneal blindness health problems. He told that there are around 2 to 25 lakh corneal blindness cases in India but only 25000 corneas getting collected yearly though there are more than a crore people die annually. He insisted that by increasing the awareness on eye donation and increasing the infrastructure for eye collection and eye fixation we can increase the rate of successful eye donation.

Chief guest Vijayakumar BN, MLA Jayanagar flagged off the campaign by releasing the CAMBA campaign banner. In his speech, B.N Vijayakumar expressed his happiness to host this event at his constituency for a noble cause of eye donation awareness and he extended his full support to make this campaign successful. Jayaraman, Founder of Nayana Jyothi Trust gave oath to the sight ambassadors and briefed about the eye donation process and facts and myths of eye donation. He motivated the audience by sharing his personal experience of making 100 successful eye donation in a year by convincing of kith and kin of diseased families. In the last part of event, Kum. D.K Sumithra from Kalburgi district, a successful corneal recipient shared her personal experience of getting eye sight and also emphasized other citizens to donate eyes to show lights in life of remaining lakhs of corneal blind people. Program concluded with vote of thanks from Kum. Kavitha, a YFS volunteer.

After the event, from each participated college 10 groups are made with each team of 3 members with a group leader. These groups are briefed on the process and formalities to be completed before sending them for door to door campaign with eye pledge forms and brochures. Group of students also marched on main roads of Jayanagar with display cards with motivational messages on eye donation. After successful door to door campaign, group leaders visited back the venue with their filled, signed eye pledge forms where around 10,000 citizens supported the eye donation cause. 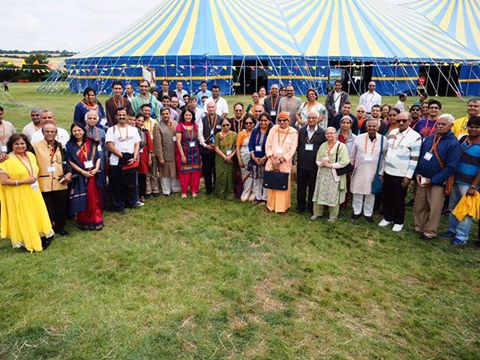