Dattatreya Hosabale is in UK tour along with RSS Sarasanghachalak Mohan Bhagwat for an event organised by Hindu Swayamsevak Sangh (HSS), UK Unit which is marking its 5oth anniversary year in UK.

Dattatreya Hosabale expressed his tribute to Basaveshwara for contribution to democracy and social justice. He said, “I am extremely pleased to see the statue of an Indian philosopher in the backdrop of British Parliament overlooking the river Thames”. NRI community of UK who identified themselves with the ideology of RSS started HSS or Hindu Swayam Sevak Sangh in 1966.

The Basaveshwara statue was unveiled in the London Borough of Lambeth by Hon Prime Minister of India Shri Narendra Modi on 14th Nov 2015.

This is the first conceptual statue to be approved by British Government in the vicinity of British Parliament as a mark of respect to 12th century Indian Philosopher and social reformer Sri Basaveshwara for promoting democratic ideals and gender equality during the 12th century.

Sri Basaveshwara (or also called Basavanna in Karnataka) was a 12th-century Indian philosopher, social reformer, legendary statesman, great Kannada poet in the Shiva-focussed Bhakti movement and a social reformer during the reign of the Kalachuri-dynasty king Bijjala I in Karnataka, India.

'Self-purification in an individual is essential to eradicate Social Ailments': RSS’s Indresh Kumar

Fri Jul 29 , 2016
​Kurukshetra Haryana July 29, 2016: ‘An internal Purification within an individual will definitely sustain the Culture, which is needed to eradicate social ailments like corruption, Caste ism. One should rise above the caste factor and should work for society’, said RSS Akhil Bharatiya Karyakarini Sadasya Indresh Kumar Indresh Kumar was […] 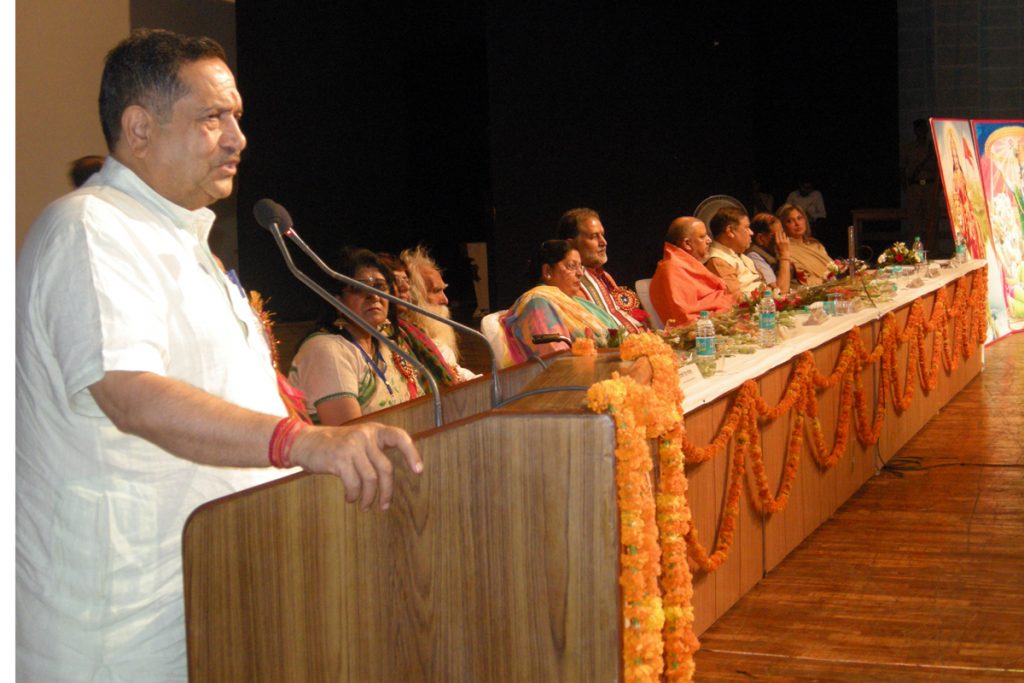