Bengaluru August 06, 2016: Prof. Rakesh Sinha was extremely clinical in his assessment of global terrorism and solutions for India. He was addressing a gathering in a seminar organised by Manthana Shankarapuram in Mythic Society,  Bengaluru.

Prof Rakesh Sinha said “Terrorists do 5 important things. 1) Publicize in graphical way to terrorize a large number of people. 2) Terrorists use Media as oxygen. Free of cost due to TRP madness. 3) Expect overreaction. Core support is tiny. Victims should overreact and make terrorists famous. 4) Invoke religion. Self styled warriors of God. 5) Holy Book invoked. Believe that dying for religion gets life in another world.” “India has to decide. Use the Turkey model of full state intervention to prevent radicalization, or Indonesian model of soft cultural integration. What works for US or France will not work for India considering history, population and large avenues for radicalization.”

“India has 3 unique challenges which is helping the soft corner for terror sympathisers” said Rakesh Sinha.

“India should consider all these, and prepare a solid De- radicalization process as a long term strategy.” said Rakesh Sinha.

The event was attended by over a hundred intellectuals of the city. Sun Aug 7 , 2016
​By Ram Madhav August 07, 2016, Patnitop, Jammu and Kashmir. YOUNG THINKERS MEET-2016 Young Thinkers Meet, as always, is an exhilarating experience. In its fifth year edition this annual meet of select young thinkers from all over the country has certainly matured. (was held on August 6, 7 2016).  As […] 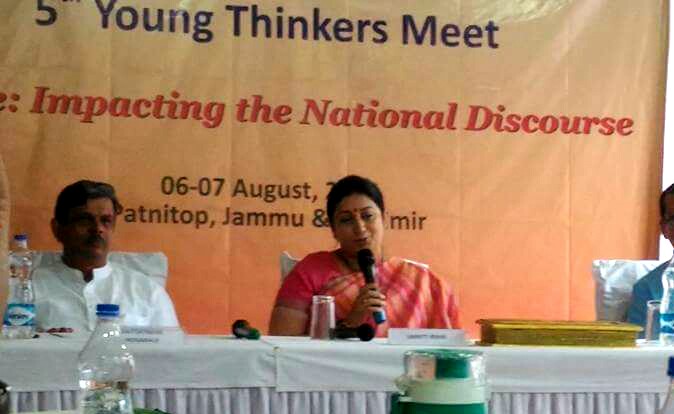