Sun Apr 17 , 2016
UB City, Bengaluru April 16, 2016: “Dr Ambedkar was a great visionary social reformer of the past century. We still remember this great icon for his massive effort of social upliftment of the people of so called backward castes. Dr Ambedkar’s life, legacy and his contribution was significant to correct few ailments like untouchability, […] 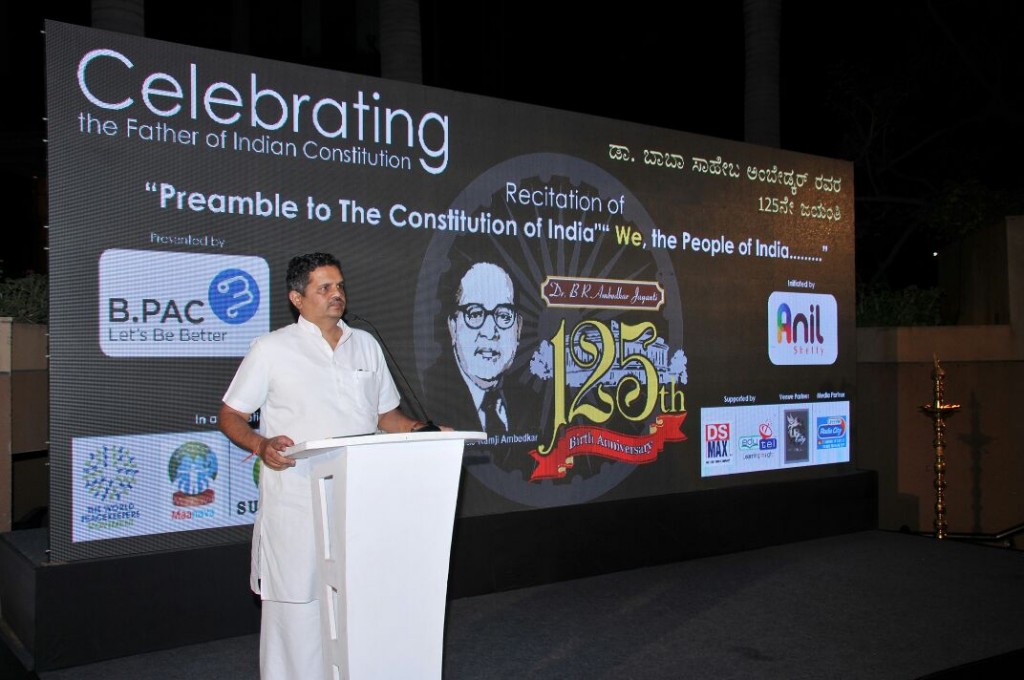