New Delhi  May 6, 2016:  “India is perhaps the only country in the world that has not colonised, enslaved, exploited nor conquered any nation”, said Dr. Krishan Gopal Ji, Sah Sarkaryawah of RSS speaking at the first anniversary celebrations of the Group of Intellectuals and Academicians (GIA), a forum for socially committed professional women. Delivering the Special Lecture on Nationalism, Dr. Krishan Gopal Ji explained that Nation as seen in the western model was a more recent phenomena, just 200 odd years old, while Nation in the Indian Civilizational context was akin to the concept of a ‘Rashtra’. It has the same cultural foundations, beliefs, shared sacred geography, customs and much more, providing a feeling of oneness, in spite of great distances and adaptations to local environments. “The Western notion of a Nation is about you and me but Rashtra talks about or shows the way to sacred oneness,” he said. Elaborating on the concept, he added that the western Nation concept was built for political supremacy and commercial, economic acquisitiveness (greed to exploit the other). The state became narrow entities for control.

Taking the same theme forward, keynote speaker Ms. Monika Arora advocate, Supreme Court who is also the convener of GIA explained that the season of Spring (also the Indian New Year) – Basant Ritu, in the Indian Rashtra is observed all through the country, in Punjab it is Baisakhi, in Assam it is Bohaag Bihu, in Maharashatra it is Gudi Padwa, in Andhra Pradesh it is Ugadi, in Bengal it is Poila Baisakh, in Kerala it is Vishu and in entire northern India it is also the time for NavRatri or Durga Puja, just to name a few regions.

These cultural festivities were the binding force of a larger Indian Nation or Rashtra which date back to centuries, she said. Mentioning the recent anti-national activities at the JNU campus by a handful of students, she added that this stemmed from the teachings of some JNU lecturers who thought of Nation only as that given by the European Concept and handed down to India by the British when they ruled India. They do not have the vision to see that there can be other manifestations of Nationhood which are civilizational. However, this required independent thinking. Therefore one cannot blame the students when our teachings and understanding of our own country was flawed.

In her address Dr.Geeta Gunde, who spent a life time with India’s eminent Corporate Sector and now heads an NGO Mahila Samanwayin Maharashtra applauded GIA for getting women out of their narrow circles to discuss and debate pertinent national and international issues, and also actively take on leadership role in framing the social discourse!  “Many social groups which consist of women discuss only women related issue but GIA has broken out of the stereotype. These women are analysing developments and participating in nation building. Women should not just ask for their rights, they should also participate equally in every sphere of society,” said Dr. Gunde.

Other eminent scholars and activists present were Nandkumar Ji, Akhil Bhartiya Sah Prachar Pramukh of RSS, Dinanath Batra Ji educational activist and convener of Shiksha Bachao Andolan Samiti and Dr Rama Principal of Hansraj College where the event took place. Group of Intellectuals and Academicians (GIA), is a forum of socially committed professional women who hold seminars, workshops, symposiums to discuss and debate contemporary issues confronting the country. It was founded in 2015, as a questioning platform to give some academic depth in an over-charged socio-political atmosphere where political rhetoric and hysteria seems to submerge all other voices. 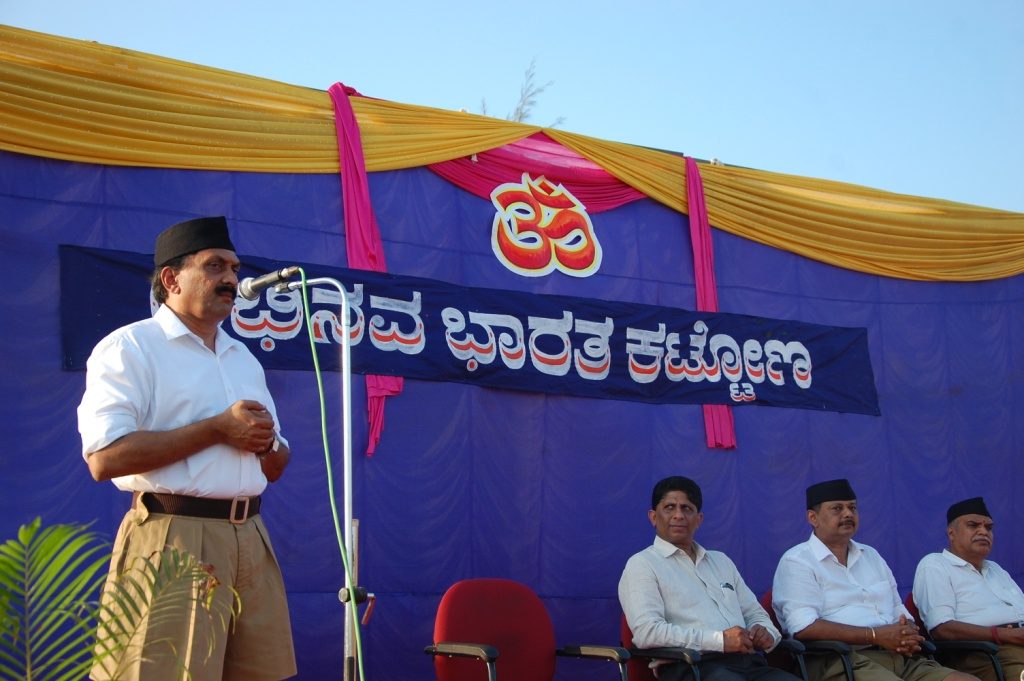