An interview of  Dr Manmohan Vaidya to Economic Times, February 28, 2016.

Opposition parties are increasingly targeting the Rashtriya Swayamsevak Sangh (RSS), which is the ideological mothership of the Sangh Parivar. Inside and outside Parliament, the Congress and the Left have squarely blamed the RSS for many of the controversies — including the suicide of Dalit scholar Rohith Vemula and the standoff in the Jawaharlal Nehru University that have enveloped the Narendra Modi government. Dr Manmohan Vaidya, All India Prachar Pramukh of the RSS, defends his organisation and dismisses accusations against it as “frivolous and false”. Edited excerpts from an exclusive interview with Praveen S Thampi.

Ever since the BJP came to power in New Delhi, the RSS is being dragged into every controversy, from the JNU issue to a student’s suicide in the University of Hyderabad. Political leaders such as Rahul Gandhi and student leaders of JNU all accuse the RSS of having a hidden agenda that they say is being carried out by the ABVP and the Central government. How do you respond to these allegations?

The Congress, the Left parties and their leaders, even when they were in power, were consistently opposing and defaming the RSS over frivolous and false premise. Whenever they were in trouble they would blame the RSS now and then. But the people of Bharat began to see through their lies and stopped believing them. There is nothing new about it. All these allegations are unfounded and false.

When the ministry of human resource development instructed all Central university campuses to fly the national flag , the political stand adopted by its critics was to ask if the RSS flew the Tricolour in its office. What do you have to say to this?

To fly the national flag compulsorily in government-funded institutions is purely the government’s decision. Where does the RSS come into the picture? The national flag, by the way, has been hoisted on Independence Day and Republic Day at the RSS headquarters by its senior functionaries.

Does the RSS feel it is better to reach out to people directly through its new outreach programmes, like the IT Milans aimed at the new generation, than by replying to political allegations?

The people of Bharat are aware of the lie behind such political allegations. They know the RSS through the discipline and service of the swayamsevaks. As a result, people’s admiration, support and trust in the RSS is consistently growing. The RSS has been working to organise the entire society on the basis of a national character and discipline. Reaching out to all sections of society is a natural process of this mission. This has been going on since 1925. IT Milans began due to the emergence and specificities of the IT field. What has it got to do with political allegations?

You have clarified that the Sangh wants to bring change through social work and not through government. But ever since this government has come to power, critics have been accusing the RSS of implementing its ideological agenda through the ministries of HRD and culture. How would you like to respond to these critics?

In your question itself you have answered it all. When you describe them as critics of the RSS, they are bound to criticise the RSS even on false and baseless premise. The BJP is a party with an ideology that reflects in its manifesto that they had made public before the 2014 elections, saying what they will do if voted to power. Now that the people have voted them to power, they are implementing their manifesto. Let them fulfil the promises they made to the people.

The khaki shorts and white shirt ganavesh (uniform) has been the identity of the Sangh for a long time. Reports hint that a new uniform that is more contemporary is under consideration. Could you please elaborate on this?

Actually, selfless service and discipline is the identity of the Sangh swayamsevaks and they have been exhibiting it whether they are in uniform or not in uniform. And they will continue to exhibit the same (its core identity) even in the new uniform, if it gets changed.

Regarding the JNU issue, do you think there should be zero-tolerance towards anti-India sloganeering or should we bring such fringe groups into the national mainstream by reaching out to them proactively? How do you view the whole controversy and the government’s response to it?

Nothing anti-India should be tolerated. One should differentiate between anti-India and anti-government. There should be a process of dialogue, addressing the grievances and attempting to change the mind. But talking about this particular case/instance, it is not just sloganeering. It is the mindset that is consistently nurtured that leads to committing violence, or condoning violence, or supporting violence and anti-national activities.

What are the main topics that would come up at the Akhil Bharatiya Pratinidhi Sabha (ABPS) in Nagaur in March?

The ABPS is our largest policy-making body that meets once annually, every March. This time, the ABPS will meet on March 11 -13 at Nagaur in Rajasthan. An annual report of the organisational activities and achievements will be presented by sar karyavah (general secretary). Participants will share some of their new experiments, experiences, initiatives and observations. Annual planning for the coming year will also be discussed. From mid-April to June-end, there will be annual summer training camps (around 70 camps) of 20 days’ duration throughout the country. Detailed discussions about the planning of these camps will be held there. Along with discussing the present national scenario, some resolutions will also be taken up for discussion at the ABPS

One thought on “‘Nothing anti-India should be tolerated’: RSS Prachar Pramukh Dr Manmohan Vaidya’s interview to Economic Times” 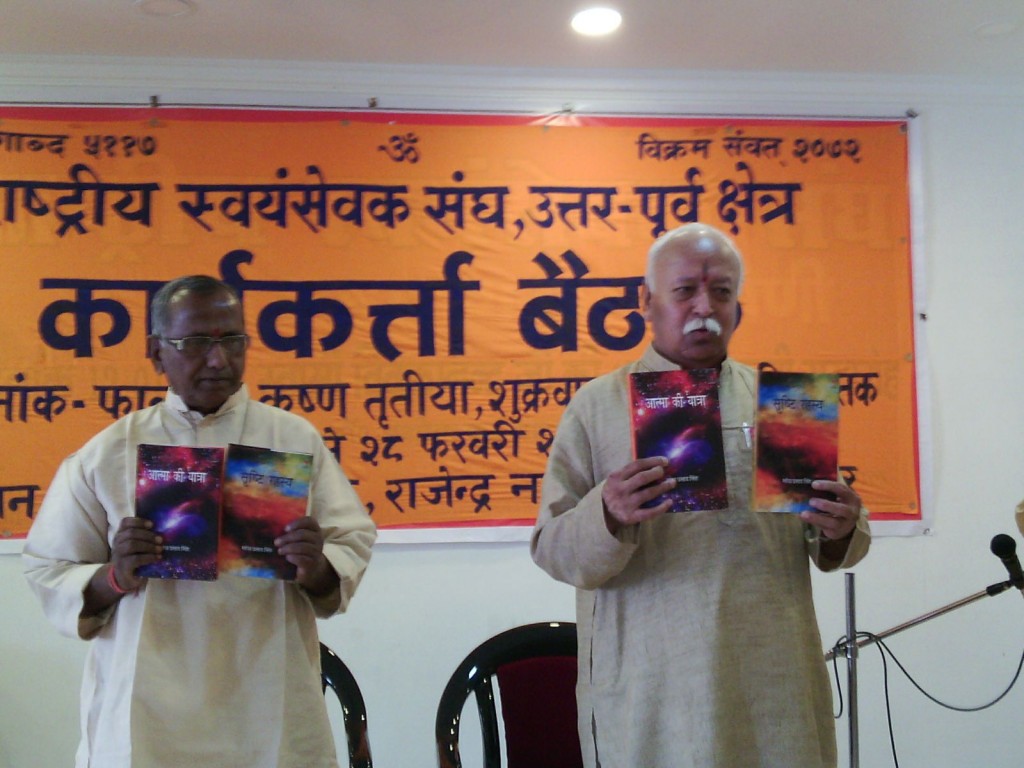