“So far we have distributed nearly 65 tonnes of cattle fodder in 6 districts of northern Karnataka. It will serve the food for nearly 2500 cows. Through RSS relief campaign we could reach almost 1/3rd of farmers of these 6 districts. We appeal we appeal Citizens to donate for RSS initiated Drought Relief Campaign” said Sridhar Nadgir, RSS Sah-Pranth Karyavah of Karnataka North.

Hadalagi  Village of Alanda Taluk of Gulbarga district, Bharamakhodi Village of Athani Taluk of Belagavi district, Kodliwada Village of Kundagola Taluk in Dharawada district, Chikli, Matkhed, Dabka and Ganeshpur villages of Aurad Taluk, few villages of Bhalki and Basavakalyana Taluk of Bidar district among the major villages where RSS distributed the Cattle Fodder to the farmers. RSS appealed the citizens to contribute for Drought relief Fund.

DD/Cheque can be sent to following address: Fri May 6 , 2016
New Delhi  May 6, 2016:  “India is perhaps the only country in the world that has not colonised, enslaved, exploited nor conquered any nation”, said Dr. Krishan Gopal Ji, Sah Sarkaryawah of RSS speaking at the first anniversary celebrations of the Group of Intellectuals and Academicians (GIA), a forum for […] 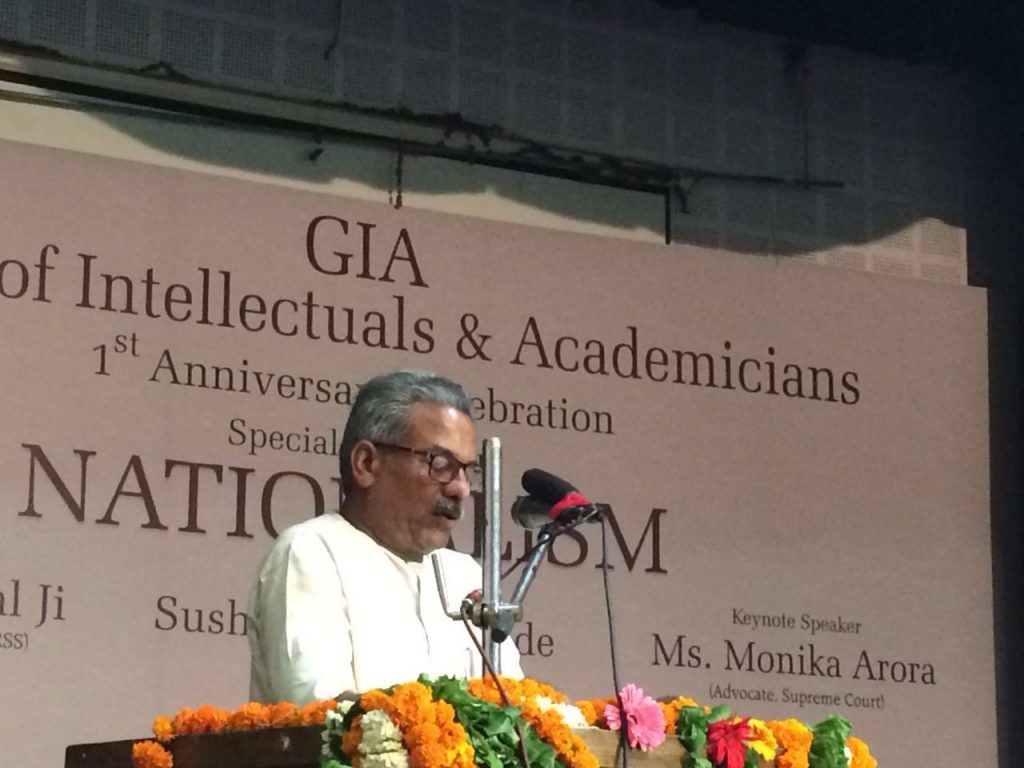