Goa November 5, 2016: ‘Essence of democracy is having consensus. We need dialogue on issues. Even after 7 decades of India’s independence, we could not arrive to consensus on Concepts such as nation, Nationalism,  Dharma etc” said RSS Sahsarakaryavah Dattatreya Hosabale at India Ideas Conclave-2016 meet at Goa.

Quoting an advertisement of 1997, RSS Sahsarakaryavah Dattatreya Hosabale said “during the 50th year since 1947 – “Mother India we salute on your 50th birthday”. How could a Corporate house accept it? It doesn’t know the history. The Editor should not have printed such an ad. Our civilization is old and nowhere 1997 was the “50th birthday”. “In this conference, we hear or Asahamati or Dissent. I think, it could have been dialogue for the essence of Democracy. We had Krishna-Arjuna samvada was in Mahabharata. That was a detailed dialogue. That’s our tradition. Where there is a dialogue, dissent can be accepted. It becomes just a different view point then.” said Hosabale.

“Today, if I disagree with your dissent, you call me intolerant. That’s a tragedy.”said Hosabale.

“The essence of democracy includes consensus too. Very very essential. It’s called Aam sahamati. Even after 70 years, we haven’t arrived at consensus on key things, like do we understand the nation and state concept, what is national interest, do we need a national language, how much reservation etc. still need consensus.” he added.

Hosabale said “Homogenization or regimentation is not consensus. We have failed on key topics today. Unfortunately, two areas – academia and media have not contributed to consensus. They have contributed more to dissent and difference.”

” We have to understand that manmade is different from nature made. Won’t go onto that much” said RSS Sahsarakaryavah.

“During a meeting with Muslim intellectuals I told that Birth in religious family makes us Hindus or Muslims. But we live in one nation and one civilization. The problem of division today is created by a conspiracy. Decades ago they were not that prominent. Today they are visible. Unfortunately many of the expressions are blowing up, rather than cementing the differences.” said Dattatreya Hosabale.

“A systemic change after 70 years is important too- judiciary, administrative, education etc need changes to flourish democracy. What we have today, is mostly borrowed from 19th century England. We need debate and consensus to change. Deconstruction and or construction via consensus is needed.” he added.

“We should ask seriously: What could be the contribution of India to the globe? To humanity?”he said.

“Yoga day, Pranayama, Sanskrit, family system are things what people say.. But none of these are the products of India over the past 200-700 years.”

“What can we contribute from last 70 years of experience? Live and let live amidst strong diversity and differences.”

“Consensus to live in harmoniously amidst differences. That’s what I believe in.” said RSS Sahsarakaryavah Dattatreya Hosabale. 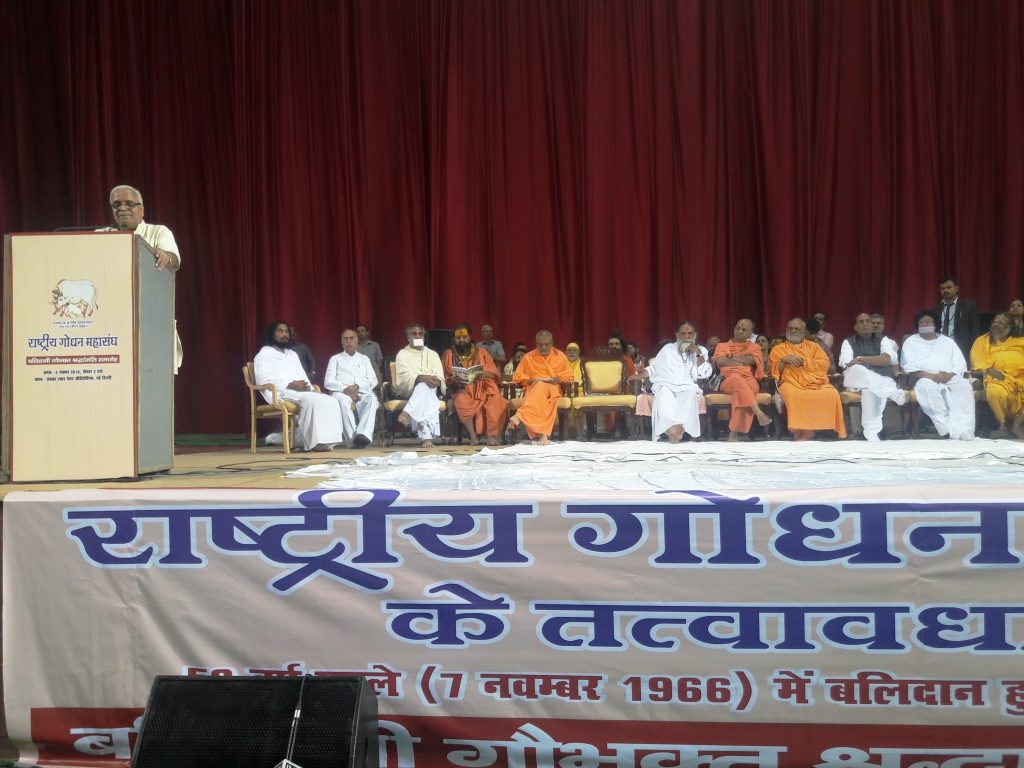