JAMMU, Nov 13: RSS Sarasanghachalak Mohan Bhagwat today stressed on punitive action against the forces inimical to national cause . Addressing RSS activists of the state in one day Samellan at Parade Grounds Jammu, Mohan Bhagwat called for stern action against those forces who create trouble in the nation and try to harm peace. He said such people deserve to be dealt under law. Referring to threat  posed to unity and integrity of the nation, he said that the people in J&K are fully aware of these problems created by the forces inimical to national cause as they have been  fighting it for years together.

The  long time disturbances were faced by the people of the State but the people deserve all appreciation that despite all odds they faced it boldly and did not allow the evil designs  of such forces to succeed.

Dr Bhagwat said a strong society can solve all the problems being faced by the nation and to lay the foundation of a Strong spciety Dr Hedgewar had laid the foundation of RSS on the day of Vijay Dashmi in 1925. He said law, constitution and administration are helpful in this regard but this all is not enough and Samaj has to take basic responsibility of transformation.

He said the government can’t ignore the opinion of a conscious Samaj and it can make the Government as it likes. He said Samaj can play a great role in this regard. He while warning those forces who are inimical to national unity and integrity the RSS chief said this country is not merely a piece of land but it is the motherland of millions and millions of Indians (Bharatwasi) and its unity and integrity is of paramount importance.

He said Sangh is wedded to imbibing such character among the people who will live and die for nation and only then India will emerge as Vishav Guru. This task is tough but this is a selfless service and only through Shakhas of Sangh foundation of such individuals is made.

Dr Bhagwat said we have to build the Samaj to face every problem. India is a country of great human values who have one culture and this feeling towards the motherland ties us all together. Despite different ways of worship we are traditionally believers of Hindu Sanskriti, he added.

He said those who divide the samaj should be dealt seriously so for achieving this goal every one has to become Swayamsevak and play his role in building Samaj. Fri Nov 18 , 2016
Bengaluru November 19, 2016: One of the seniormost RSS Pracharak K Suryanarayan Rao (93years), popularly known as ‘Suruji’, passed away in Bengaluru on Friday night at 11.11pm at Sagar Apollo Hospitals. He was suffering from old-age illness since last few weeks. He was serving as RSS Pracharak since last 70 years. Antim Darshan will […] 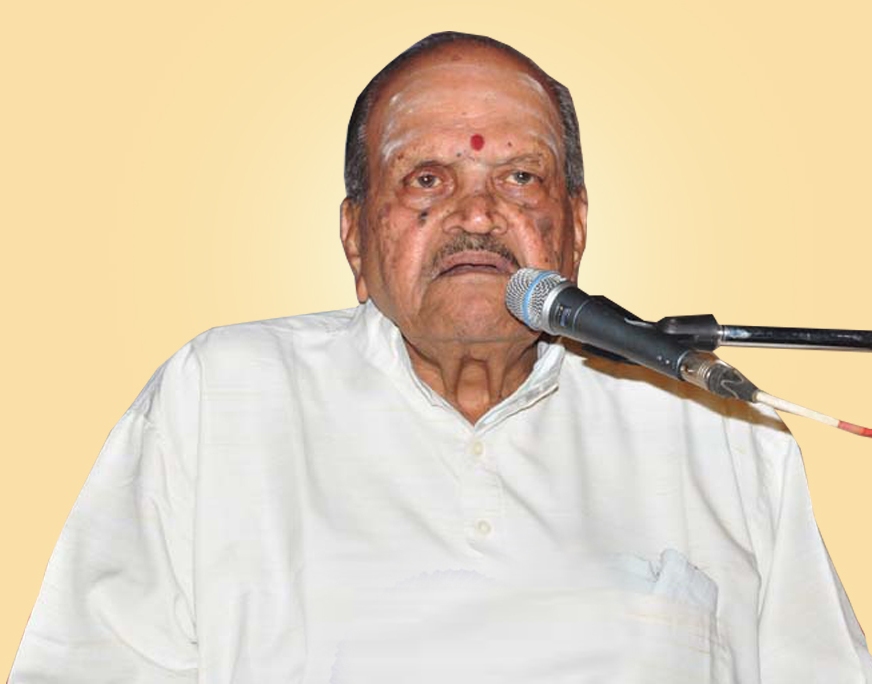