In the killing fields of Kannur lies an untold story that the “old media” has been unable to report, impaired by their inability to override the agenda and disrupt the carefully constructed narrative of an “oppressive” Sangh Parivar. However the facts and the history of the violence in Kannur devastates this in the way that only truth can.

In Kannur, a left bastion, where even small freedoms like the choice of newspaper are determined by the party and where the police force and judiciary are aligned with political parties, the price for peace is complete submission.

Below are the questions asked and the replies submitted by J Nandakumar, Akhil Bharatiya Sah Prachar Pramukh, RSS on the details regarding this tradition of atrocities against Sangh workers in Kannur district.

Q1: May I please get statistics of how many such attacks have been carried out in the last five years?

Ans: In Kerala, 267 people related to the RSS were killed in the last 50 years, of which 232 were killed by the CPM. After 2010, sixteen RSS workers were murdered by CPM. The number of injured – with limbs chopped off, blinded, bedridden due to injuries – is almost six times the number of those murdered.

In between clashes, we have had open seasons for the brutality of ‘peace’- False cases foisted on our cadres; Police lock ups, beatings and worse.

Q2: Do you see a pattern in these attacks, do they increase ahead of elections?

The attacks against the RSS are almost entirely related to the flow of CPM cadres and their families to the RSS and BJP.

Yet, this time, there has been a large increase in attacks against the RSS and the BJP as we approach the assembly elections. This is because, for the first time, the CPM senses that the BJP is about to gain massively at the hustling and they want to thwart this by any means.

Q3: Has there been follow up by authorities, any arrests made? There have been allegations that some of the incidents, like the February attack on Sujith was borne out of personal enmity, what do you make of these charges?

Ans: Yes, after each incident of CPM attacks, the Police do arrest some people. In almost all cases, especially in Kannur, the actual criminals, who carry out the ‘operations’ are not touched. The party gives a list of people to be arrested to the Police and these CPM volunteers are ‘arrested’ by the Police.

To understand why and how this is possible, one will have to know about the total control the CPM leadership has over its cadres and its influence over the Kerala Police.

Why does the party do this ? One reason is that, with this ‘arrest/surrender’ drama, the murder squads of the party are left untouched – free to carry out further ‘operations’. Secondly the cadres who surrender, will have an alibi which will free them as the matters reach the court. Thirdly, even if some people get convicted the party which normally comes to power every five years in Kerala, will reward their families with generous handouts and those in jails will be given parole liberally.

Yet, some genuine convictions are made. But it takes a very brave senior IPS Police officer to defy the CPM’s script.

The Congress party and its administration has actively and passively connived with the CPM is all this. One reason why none of the masterminds behind these political murders have been booked is because the CPM and the Congress consider the BJP as their primary rival. This unholy nexus has come to light again and again, so much so that the High court itself has openly (and not for the first time) said only a CBI enquiry can bring out the truth about the political murders in which ‘actual rulers of Kannur (CPM) are involved’. The court made this latest observation while consenting to the demand for a CBI enquiry into the murder of a Muslim League activist Shukoor by the CPM.

You have asked about the allegation that Sujith’s murder was out of personal enmity. This is not true and I would urge you to make your own enquiries about this charge.

The state police has, in its FIR, confirmed that Sujith’s was a political murder. CPM has, over the past, made this ‘it-was-a-personal-issue’ allegation in almost all the murders that they have committed, whether it is that of dissident Marxist TP Chandrashekharan, BJYM vice president Jayakrishnan Master or Sujith.

The Modus Operandi is to first run a propaganda campaign against the target to frighten him to submit to their will and then murder him if it does not work. After the murder, the CPM will, through its instruments of propaganda which includes TV channels (Kairali, People’s) and Newspapers (Deshabhimani), run a smear campaign against the murdered individual’s character alleging that it was a personal weakness that led to the murder rather than any political rivalry. This pattern is well known to anyone familiar with CPM’s political murders in Kerala.

Q4: What happens to the families of those who die and those who are grievously injured? Does the RSS have provisions to look after these families?

Ans: The RSS, with the local people’s help has made proper arrangements to look after the kith and kin of the deceased workers who have been murdered. It has left no stone unturned to look after and treat those workers who have lost limbs and have been permanently disabled. The Organisation has got a mechanism for this and it has evolved due to the peculiar circumstances in this state.

Q5: Kerala, has the highest number of Shakhas in the country, what do you think is the reason that makes the youth in the state join RSS, especially when communists have a stronghold in the region?

Ans: Kerala, once a hot bed of Communism, is transforming into a breeding ground of Islamic terrorism. There is a feeling of insecurity among Hindus of Kerala and they see the Sangh as a bulwark against these forces. The Communist parties through their anti Hindu stand had tried to destroy the traditions and value systems on which the Kerala society is rooted. The young generation is now once again seeking their lost roots and seeing its cultural revival through the Sangh and its offshoots.

Growing frustration among the youth in particular about the misdeeds and corruption of the mainstream political organisation is another reason. Organisational planning and disciplined implementation of the plans by the committed workers has paved way for the growth of RSS in Kerala.

Q6: Is there any other detail that you can share about the growing violent attacks against the RSS workers and what these are attributable to?

Ans: The RSS has the same pattern and methodology of work in Kerala as it has all over India. That is to say that we have consistently worked within the democratic system and tried to take the whole society along with us. We do not see the CPM or any other organisation as an ‘Enemy’. We have time and again appealed for peace and for the right to carry out or organisational work like any other outfit in the state.

Many independent researchers who have studied about the murder politics in Kerala, including the prominent Gandhian thinker Udayabhanu, have stated this fact categorically. However, the CPM in Kerala, after the collapse of communism world over, has chosen arrogance as a philosophy and violence as its tool.

You should know that it is not just the RSS that is targeted by the party. The CPM has attacked the Congress, IUML, and even its allies in the LDF – the CPI and the RSP. Last week, while a brutal attack was carried out on BJP cadres (including former state president Muraleedharan) at Trivandrum, a Congress worker (who had left the CPM earlier) was murdered at Alleppey by the party and a bomb attack by the CPM at Nadapuram injured 3 Muslim league workers.

When it comes to violence, the CPM is an equal opportunity party. 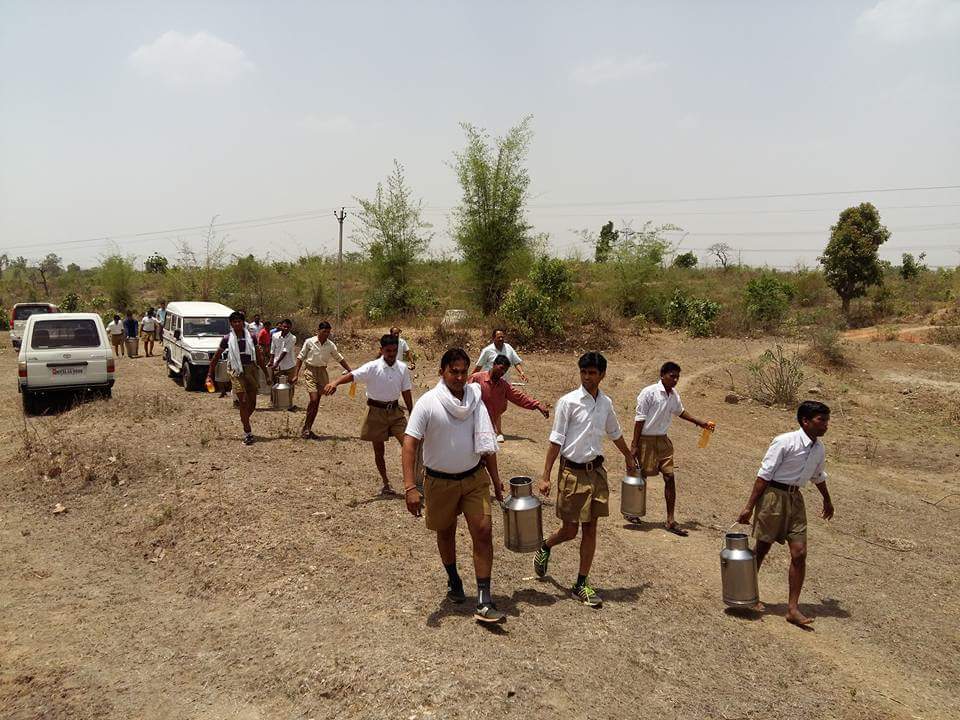