Ludhiana January 18, 2016: RSS Shakha Sanghasthan was attacked by few miscreants on early Monday morning at 6.35 am at Kidwai Nagar Prabhat Shakha at Ludhiana in Punjab. Fortunately no one was injured. RSS Shakha Swayamsevak Naresh Chouhan shown his presence of mind and averted a potentially critical incident.

The news telecast on some channels about firing at Ludhiana RSS karyalay is factually wrong: Dr Vaidya 1/2

Shakha in charge aborted an effort to fire at him by some inidentified miscreants at beginning of prabhat shakha at Ludhiana. Dr Vaidya 2/2

Major terror incident averted due to the alert and courageous Sangh Swayamsevak.

As everyday, morning walkers were in the park and many people were entering and exiting the park as usual. 38 year old Swayamsevak Naresh Chauhan, who works as a shoemaker, entered the park along with his nephew to attend the Shakha which is held at the same premises.

A young man was standing at the entrance of the park while another man was waiting on a motorcycle. Naresh asked the person who was at the entrance the reason for him standing there. The person said “he was expecting someone”, to which Naresh questioned as to why couldn’t he wait inside the park where he would be visible in sunlight than here at the entrance which is dark.

Naresh was scrutinizing them both and attempted to note down the registration number of the motorcycle. The person at the entrance questioned Naresh as “Who are you?” to which Naresh replied, “I am a Sangh Swayamsevak and conduct a Shakha here”. As soon as he heard this, the person extracted a revolver from within his plaid underneath and fired at Naresh. Since he was already alert, Naresh instantly struck hard at the persons hand he himself moved the other way. The miscreant fired at Naresh again but the bullet went past him. Witnessing the courage of Naresh, the two attackers dashed from the location on their motorcycle.

Later the Swayamsevaks got together and approached the police and reported the entire incident to them. The police are conducting an investigation. The raw courage of the Swayamsevak is being discussed all across Ludhiana. 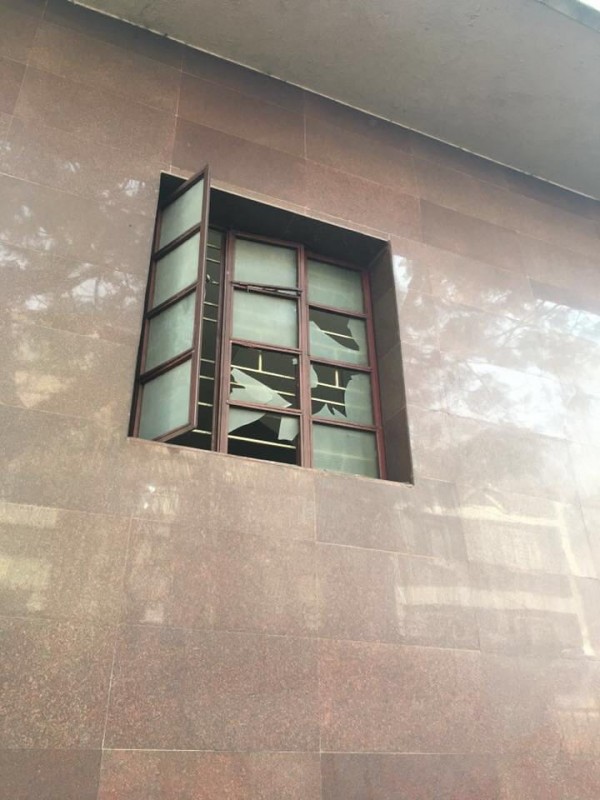