Mumbai : When over 1.5 lakh volunteers of the Rashtriya Swayamsevak Sangh (RSS) gathered in Marunji village, on the outskirts of Pune city, on January 3, history was in the making, since fourth and fifth generation descendants from Mahatma Phule’s family were also part of the RSS’ western Maharashtra unit meet.

Nitin told dna that RSS’ daily shakha – which was named after his great-great grandfather, Mahatma Phule Sayam – used to be organised near his house, and he was attending it since his school days. He also takes pride in motivating his 21-year-old son, Ritesh, to follow his footsteps and to attend the Shiv Shakti Sangam. Nitin’s cousin Dattatraya Pitambar Phule, who is working with the Pune municipal corporation, also attended the Shiv Shakti Sangam.

According to Nitin, it was the RSS that taught him ‘samarasata’ – meaning no caste discrimination or discrimination of any type. He said the RSS inculcated good values in him right since his childhood days and now his son Ritesh was also bowled over by the discipline and management of the RSS, after attending the event. “Ritesh, after attending the unification, told me that he would now spread the message among his friends and has also shared his photo, in which he dressed in full RSS attire, on WhatsApp,” said Nitin adding that Ritesh was so impressed that he has bought an entire new set of RSS uniform.

Nitin said he couldn’t attend the previous large gathering of swayamsevaks held in Pune in 1983 at Taljai Hills, and so was keen on attending Marunji meet. That his brother Dattatraya and son Ritesh also participated is a matter of pride. “That is the most important aspect of Sangha thought, which teaches social homogeneity,” he said. 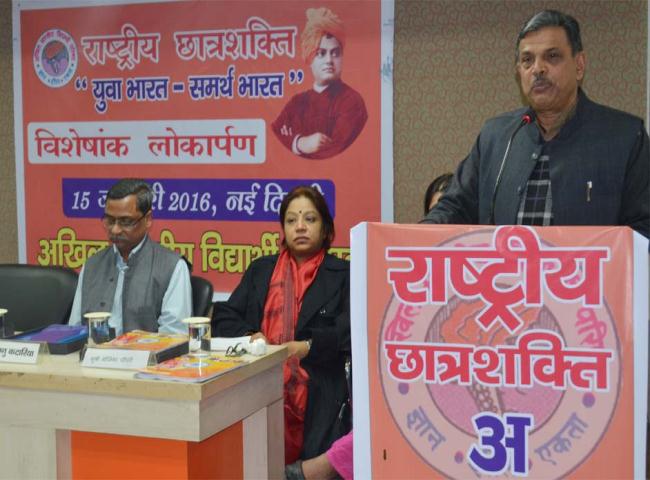