Apropos to your (Outlook) cover story titled “Operation Babylift”, dated August 8, 2016, we wish to state that what you have packaged as investigation material of three months is nothing but the perverted imaginings of a sick mind. And it is a fool’s errand to expect that such writers (as the concerned journalist, Neha Dixit) will understand the meaning of two simple but profound words in English language—Service & Virtue. We pity such minds. Be that as may, you should know that the Hon’ble Supreme Court of India in the Subhramanian Swamy v UOI held that reputation is a basic human right and is a basic ingredient of right to life. Article 21 grants to the citizens right to live with dignity and not just animal existence.

In her entire 15-page story, Ms Neha Dixit repeatedly states that the 31 Bodo tribal girls between the age of 3- 11 years were taken from Assam to hostels in Patiala, and Gujarat by Rashtra Sevika Samiti whole timers (Pracharikas). She goes on to say that these girls are made to get up at as early at 6 am, perform prarthana (prayer), recite gayatri mantra and play games of national pride and chant patriotic salutations like Kashmir hamara hai. These girls recite Gayatri Mantra and folklores in an impressive manner. These acts appear devious to Ms Dixit. Ask any parent in most households of India, (that is if you understand the words parent & household), how hard they try to instill these very traditions and values in children, often even hiring teachers.

Ms Dixit further states that the wholetimers i.e.Pracharaks who recruit these girls from Bodo areas are themselves Bodos of sterling character. They epitomize women’s empowerment. And she states that the local RSS followers who were instrumental in sending the girls from Assam to RSS schools in other states had even sent their own daughter with these girls for education. Many of these tribal girls upon getting education from different areas come back to these tribal areas and become teachers and principals in RSS run schools and other schools. They build their communities and clans, live a better life based on this very education, that Ms Dixit vilifies.

All the experience on the ground points to good educational work being done for simple tribal people, marginal folks, in our country in an attitude of selfless service and nation building. So it is difficult to fathom what propels this proclivity to slur RSS and RSS run/backed institutions. And Madam, RSS pracharikas slog 24X7, 365 days a year in these areas to spread this gift of education; it is a slog you would not be able to withstand for a day.

Since you seem to be terribly opinionated and very ignorant at the same time, let me enlighten you on the meaning of trafficking :

(a) Oxford Dictionary: The action or practice of illegally transporting people from one country or area to another, typically for the purposes of forced labour or commercial sexual exploitation

(b)Webster Dictionary: organized criminal activity in which human beings are treated as possessions to be controlled and exploited (as by being forced into prostitution or involuntary labor.

(c) United Nation’s Protocol to Prevent, Suppress and Punish Trafficking in Persons Trafficking in Persons as the recruitment, transportation, transfer, harbouring or receipt of persons, by means of the threat or use of force or other forms of coercion, of abduction, of fraud, of deception, of the abuse of power or of a position of vulnerability or of the giving or receiving of payments or benefits to achieve the consent of a person having control over another person, for the purpose of exploitation. Exploitation shall include, at a minimum, the exploitation of the prostitution of others or other forms of sexual exploitation, forced labour or services, slavery or practices similar to slavery, servitude or the removal of organs.

In your entire article, despite your hatred for the RSS and its welfare projects, you have not been able to say even a word to the effect that these tribal girls were transported for bonded labour or sexual exploitation. You are journalist; professional ethics is expected of you. Wield the pen responsibly not like a barbarian wielding his execution axe. Pushing up subscription and revenues by printing canards and sensationalizing through use of derogatory words such as “RSS Outfits trafficking girls” on the front page, is the pursuit of filthy lucre.As for your emphasis on the cover page and on violating the Indian and international laws and guidelines, I think you need to be educated in this sphere also:

None of these Indian and international guidelines are violated by RSS outfits. The parents have given their consent to the RSS outfits to take their children for education – then how on earth are the Juvenile Justice Act 2000 or other laws are applicable in this case?

The Supreme Court order of 2010 was in connection with orphanages and transportation of 76 Christian girls by the missionaries which is also not applicable in this case.

Remember you are here talking about the RSS, a mighty stream of moral and ethical conduct. You can have ideological differences even hatred, but do not slur.

The Rashtra Sevika Samiti is the world’s largest women’s organization, working in tribal and difficult areas of India among people who have no wherewithal to aspire for a better life. Respect it. It is arduous, dedicated work in service of the motherland, that is Bharat. 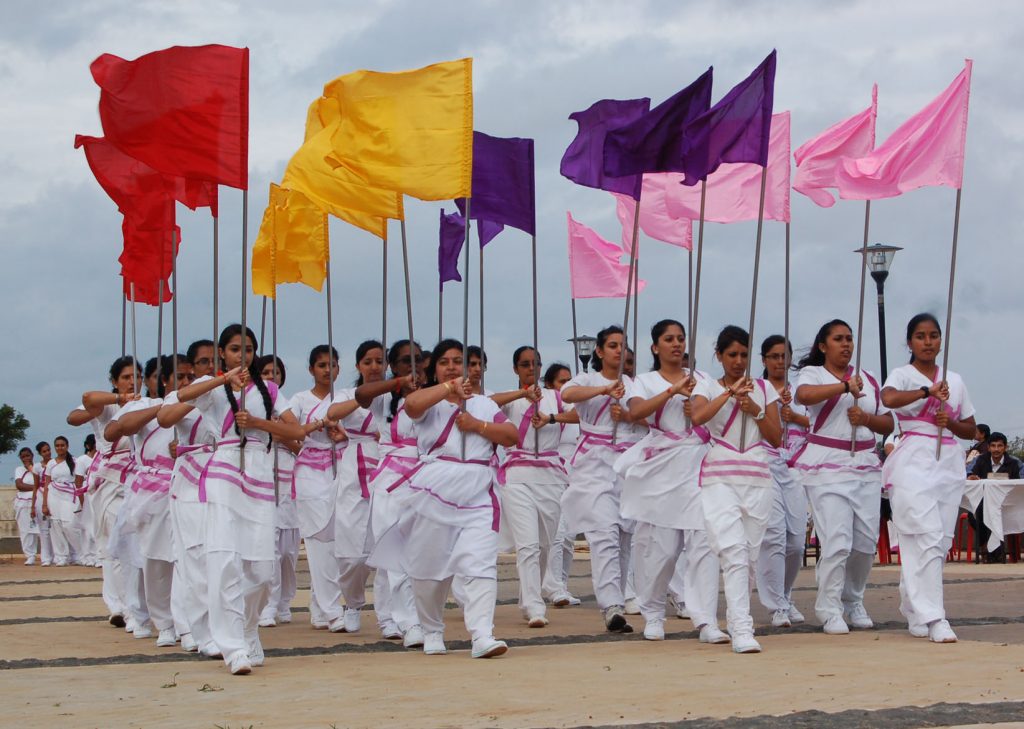