A report on the National conference on ‘Research For Resurgence’ organised by RSS inspired Bharatiya Shikshan Mandal was held at the Visveswaraiyya National Institute of Technology (VNIT) from February 11 to 13 at Nagpur.

Nagpur: More than 700 academicians, researchers, bureaucrats, politicians and decision makers/policy makers from corporate houses attended the ‘Research For Resurgence’ conference that sought to chalk out a framework for ensuring research in the laboratories/academic institutions is made applicable for the development of India. The conference was aimed at initiating a paradigm shift in research orientation so as to make it indigenous, holistic, integrated, and meaningful, and also imbibe an all-perspective ‘Bharatiya’ approach.

Smriti Irani, Union HRD Minister, inaugurated the three-day conference in the presence of Devendra Fadnavis, Chief Minister of Maharashtra, and Aniruddh Deshpande, senior educationist. The conference ‘Research For Resurgence’ was organised by Bharatiya Shikshan Mandal and supported by Bharat Niti. It was held at the Visveswaraiyya National Institute of Technology (VNIT) from February 11 to 13 at Nagpur. “Why demonise Indian Science? Why demonise what was good in ancient Indian Science?” Irani asked during the inaugural ceremony. “When I say modern Physics is exemplification of Indic knowledge, it is seen as saffronisation attempt, but when I say that this is scientist Oppenheimer’s statement, it becomes acceptable.”

Questioning the attitude to ‘demonise’ Indian science, Irani said the BJP-led NDA government’s efforts have succeeded in getting the statue of ancient Indian Mathematician and astronomer Aryabhatta to be installed at UNESCO in April this year.

Fadnavis announced on this occasion that his government will set up ‘Model Laboratories’ on the lines of one developed by IIT Bombay in all districts of the state. Seeking to clarify that the conference is not aimed at flying ‘Pushpak’ plane, Deshpande, the senior educationalist and a patron of the conference, said “Resurgence does not mean sticking to old prescriptions. It has to be a product of actualization (anubhuti). We have to ensure research is and would be suitable for the development of the country.”

‘Sthapati’ was the session on Architecture and was organised by Bhartiya Shikshan Mandal in collaboration with Council of Architecture. The symposium saw some of the best architects from across the country coming together. These included Nimish Patel from Ahmedabad, Chitra Vishwanath from Bangalore and Anil Laul from Delhi amongst some of the prominent architects. Manas symposium was on Psychology. Anand Paranjape, who runs his own course in Indian psychology in Canada, was the main guest for the symposium, which also saw some of the most prominent psychologists come together for brainstorming.

Fourth symposium was Naipunya – Young Researcher’s workshop. This was aimed at sharpening the skills of young and budding researchers. Narendra Karamkar, who is a renowned mathematician and has worked with NASA for supercomputer design addressed the session. Unnat Pandit, who is OSD to Nirmala Sitharaman, the Union State Minister for Industries and Commerce (I/C), addressed the session. Pandit is an expert in IPR and is a major contributor in the new IPR policy design for the country.

Prakash Javadekar, Union Minister for Environment, Forest and Climate Change, addressing the session on day two said, “Research is a rebellious process, as it always challenges the existing system or knowledge. It arises from inquisitiveness in students’ right from school. Even the best of the teacher just lectures on leaving no scope for answering the queries of the student.” Various technical sessions followed in four parallel sessions and select papers were presented as a part of these technical sessions in the post lunch session.

B N Jagtap, Head of Physics Department at Bhabha Atomic Research Centre addressed the main session on February 13. “In India, there is disconnect between science and society. It needs research that is inspired by the users, meaning it should be aimed at solving day-to-day problems of the society for better life. Neither pure basic research nor pure applied research can solve problems of the society,” he asserted.

This was followed by address by Madhavan Nair, former head of the Indian Space Research Organization (ISRO). “Students in the country have immense potential, however, many educational institutions do not have enough means for research. That’s why the country lags on research and innovation,” said Madhavan Nair.

The keynote address by S Gurumurthy, noted right wing ideologue, saw overwhelming response from the audience. Gurumurthy said, “We do not have enough knowledge of our ancient Bhartiya Knowledge system, which has brought us disgrace.”

He told how ancient Bhartiya economical and industrial model are working successfully citing some examples of the same.

The concluding ceremony was addressed by Nitin Gadkari, the Union Minister for Road, Transport and Highways, and Niti Aayog member V K Saraswat. Gadkari said the rural and agriculture sector should be accorded top priority. “The approach to tap huge potential in the country for developing indigenous technology and transferring it to the person at the lowest rung of the social leader, would be the true resurgence,” he stated. Dr Saraswat stressed the need for carrying out research for application for the masses. “Innovation is the essence of any research and research should be driven towards welfare and development of the nation,” added Dr Saraswat.

A 15 point framework was laid down as the outcome of the conference. This was discussed with the participants in a ‘Mukt Charcha’ (open forum) and the framework was modified with relevant suggestions/inputs. It was also announced at the end of the Mukt Charcha to establish a ‘Research For Resurgence Foundation’ at Nagpur. 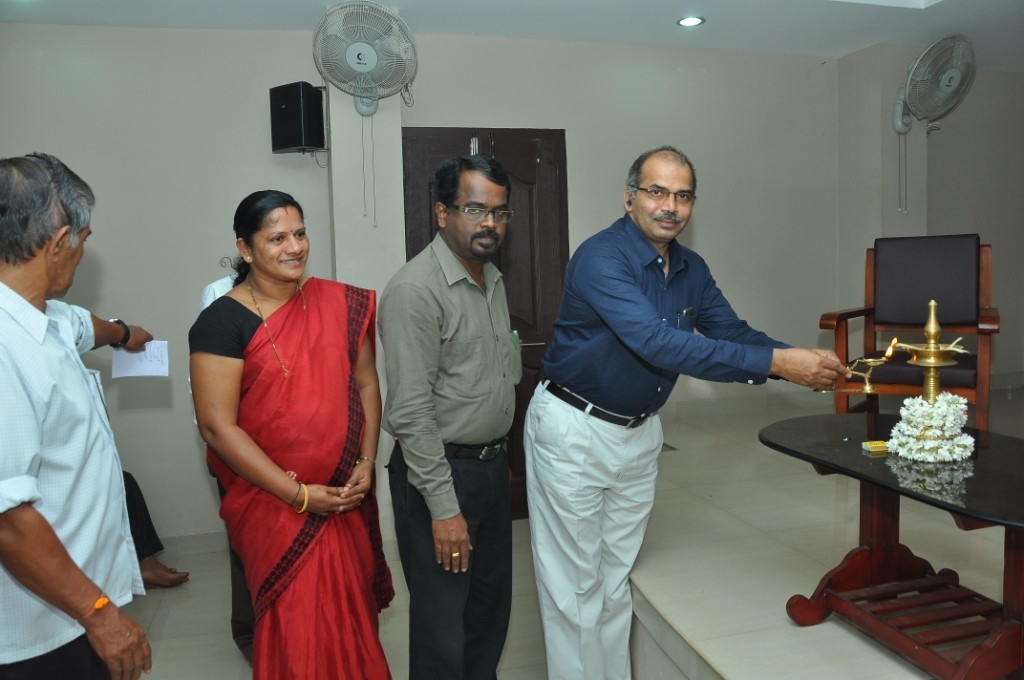