RSS national annual meet Akhil Bharatiya Karyakarini Mandal Baitak (ABKM); one of the highest body for policy formulation and decision making, to be held on October 23, 24 and 25, 2016 at Sri Vidya Vihar High School at Annojiguda, near Ghatkesar in Hyderabad. RSS Sarasanghachalak Mohan Bhagwat and RSS Sarakaryavah (General Secretary) Suresh Bhayyaji Joshi will chair the 3-day proceedings of the meet. ABKM meetings will be held from tomorrow i.e 23 October to 25 October, 2016 at Annojiguda, Hyderabad. Nearly 400+ senior RSS Karyakartas representing every province across the nation will participate. During these three days, there will be discussions on RSS shakhas, social and service activities being conducted by the swayamsevaks and other national and social issues influencing the nation. On important social and national issues, resolutions will be introduced , discussed and passed. In 2009, Sangh took an initiative for spread of shakhas. During the last 6 years, we have seen

rowth of shakhas across the nation. About 55000 shakhas run across the country. 65% of the swayamsevaks who are attending the daily shakhas are students. 91% of the swayamsevaks who are taking training daily are below 40 years of age and remaining 9% are those above 40 years of age and doing social work.  During our Prathmik Siksha varga ( 7 day camps ) this year, we had 1.12 Lakhs youth participating in them showing the high enthusiasm among youth regarding the Sangh. Youth is attracted to RSS, reflected by the fact that we received nearly 47200 online requests from youth to join RSS in the first six months of this year, a surge of 35% compared to last year.

RSS is stressing on Gram Vikas through cow-based farming, Kutumb Prabodhan ( initiatives for instilling family values  ) and Samarasta ( social harmony ) in the society. RSS Sarsanghchalak Mohan Bhagwat has given a direction to swayamsevaks and also an appeal to society to ensure unrestricted access to temples, water bodies and cremation grounds to every Hindu irrespective of his or her Jaati (caste).

From 2006 onwards , RSS has been working among various social communities to bring about social reform.  An extensive survey spanning the entire country has been initiated to understand social problems and to work out solutions to eradicate any social discrimination.  RSS is organizing every sect of the Hindu society and seeing that there exists no discrimination among them.

Resolutions will be passed on 24th October and  on the last day i.e 25 October 2016  Maa.Sarkaryavaha of RSS Sri. Bhaiyya ji Joshi will address the media.

Sun Oct 23 , 2016
Bengaluru October 23, 2016: RSS Swayamsevaks  of Shankarapuram, Basavanagudi, Chikkapet, Chamarajapet area marched for a spectacular Path Sanchalan at Majestic Area of Bengaluru. The route march began from Chikkalalbagh Maidan of Upparapet Police Station area and concluded at the same place. A total of 808 Swayamsevaks marched in the Path […] 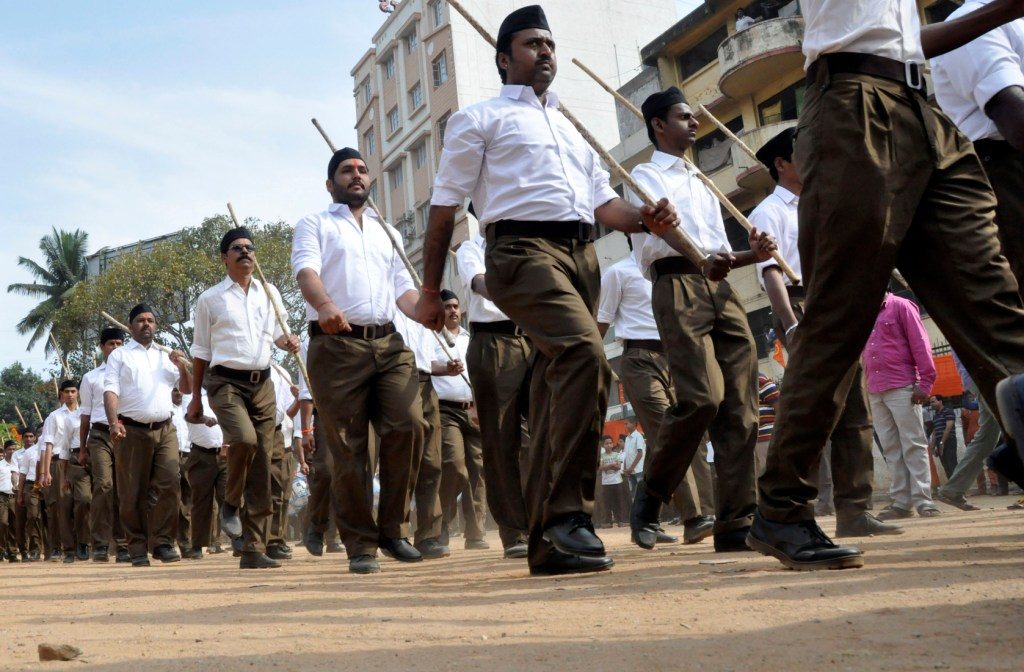