The RSS strongly condemns the recent spate of brutal communal violence by radical jehadi elements and the inaction of the ruling establishments in the states like West Bengal, Tamilnadu, and Karnataka and demands urgent action against the perpetrators of this violence and maintain vigil against such radical elements.

In West Bengal, after the recent state elections, the communal violence against Hindus has seen menacing rise which has claimed many lives and many more seriously wounded till now. In many villages, properties owned by Hindus are being damaged, womenfolk molested, temples and idols desecrated and the Hindus are forced to flee such areas. In another heinous incident, a dalit minor girl Mou Razak was attacked and killed in her house in South Ganzapara, P.S. Hanskhali, of Nadia district on 10thOctober. Recently, Hindus were obstructed from erecting the pandals for celebrating Durga puja and in more than a dozen incidents the immersion processions were also attacked. The law enforcement machinery remained only a mute spectator in such incidents even refusing to register FIRs. The government’s blatantly partisan attitude was admonished by Calcutta High Court in unequivocal words like ‘appeasement of minorities’ for forcing an irrational deadline on Durga idols immersion.

Several states in Southern Bharat including Tamilnadu, Kerala and Karnataka are witnessing similar rise of such Jehadi elements who have unleashed several violent attacks against Hindus and especially Swayamsevaks working in different nationalist organizations.

Tamilnadu has seen escalation of incidents where scores of workers of RSS, VHP, BJP and Hindu Munnnani have been attacked at places like Chennai, Coimbatore, Madurai and Dindigul, in last couple of months. The emboldening of radical elements due to willful neglect of the law enforcement machinery has resulted in killing of sangh workers at some of the above places, destruction of property worth crores of rupees, and atrocities on Hindu womenfolk.  The violence unleashed on lady police force at Ambur speaks volumes of the writ of such forces which the administration is finding unable to curb. The call for ‘direct action’ by an important leader of a communal outfit should be seen as a warning of the alarming future scenario. It is all the more appalling that the state machinery is unwilling to act against these elements and succumbing to them and harassing the nationalist forces instead.

In Karnataka during this month, a sangh swayamsevak was murdered in broad daylight in a busy street of Bengaluru. Karnataka has seen many such incidents and killings of more than four Hindu activists in Mudbidri, Kodagu and Mysuru by Jehadi elements in recent days.

It is to be noted that all these are not isolated localized incidents but appear to be a part of nexus among the radicalized elements in the Southern states whose linkages are seen with the international terrorist organizations like IS as evident from the recent arrests in these states including Kerala and Telangana.

The RSS strongly urges the concerned state governments to punish the culprits after immediate and impartial investigation and remain ever vigilant for peace and harmony in the society. 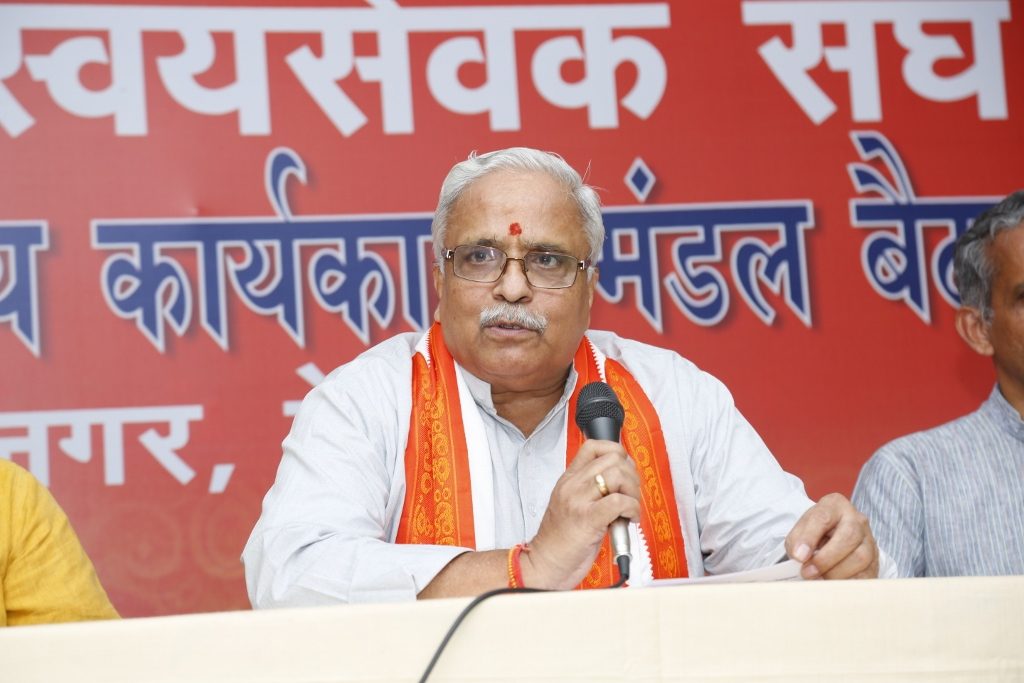