Condolence message on the demise of J Jayalalithaa Chief Minister of Tamilnadu.

With the sad and untimely demise of Selvi J.Jayalalitha, The chief minister of Tamilnadu, the Nation at large and Tamilnadu in particular, has lost a popular, pro-poor, nationalist leader. A fearless woman with an indomitable spirit, J. Jayalalitha had ruled over the hearts of common people of Tamilnadu, who fondly addressed her as “Amma”. RSS joins the Nation in expressing deep condolences and prays to the Almighty to let eternal peace on the departed soul.

With the demise of Cho Ramaswamy, the nation has lost a fearless public intellectual, a fiery journalist, a  dramatist and satirist, moreover a great nationalist who always stood by the national cause. His death is an irreparable loss. With significant contribution to art, he marked his public life as an intellectual warrior who untiringly fought for democratic principles and nationalistic values throughout his life, especially during Emergency. He has always dared to speak out his opinions emphatically and fearlessly, be it in the form of unconditional support or sheer criticism. Now, it also becomes pertinent to remember the warm and very deep relationship he cherished with Balasaheb Deoras Ji, the third Sarsanghchalak of RSS.

Because of his legacy, Cho will be remembered for long. Thu Dec 8 , 2016
Bengaluru December 08, 2016: Hundreds of students performed GURU VANDANA, a cultural salute to the teachers at Yogeshwarananda School at Halasuru, Bengaluru. The Guru Vandana programme held as a Pre-Fair event for Hindu Spiritual and Service Fair-2016 which will be held from December 14 to 18, 2016 at National College […] 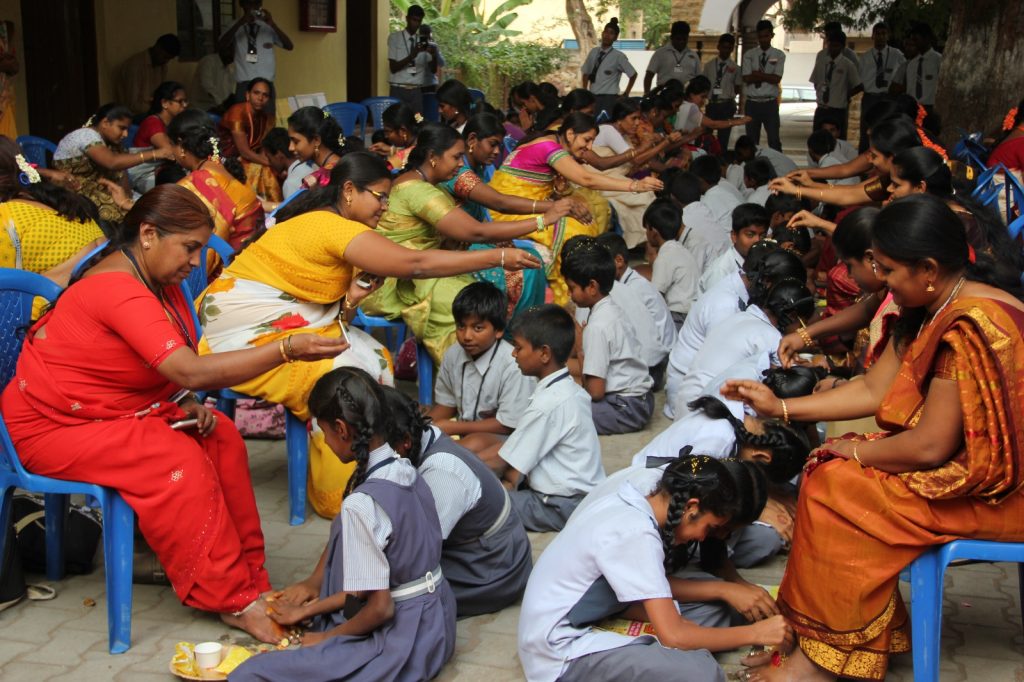