New Delhi September 29, 2016: Rashtriya Swamsevak Sangh Sarsanghchalak Dr Mohan Bhagwat and world famous guru Sri Sri Ravishankar of the Art of Living Foundation today congratulated the armed forces for the action they have taken for security of the nation at the LoC  while addressing a huge gathering  at “ABHINAVA SAMAGAM “a mega event organised  as part of the ongoing millennium celebrations of Kashmir’s Acharya Abhinavagupta. Sri Sri Ravishanker started his address by congratulating the armed forces and prime minister Narendra Modi in an obvious reference to the Army’s action against Pakistan-sponsored terrorist camps in Pakistan-occupied Jammu Kashmir. Just like Lord Ram had to provide security for the yagya performed by Swami Vishwamitra, security is essential for executing positive tasks in the society. The latest action is bound to thwart the  spectre of terrorism, he said. “Shastr aur shaastra se shanti ke yagya purey hotey hain (Arms and literature are both necessary for maintaining peace in the society). He expressed happiness that both “hosh aur josh” are evident in the nation today. “The celebrations of Acharya Abhinavagupta are very relevant in today’s context. The Indian culture and tradition have always been knowledge based. Each region has its own uniqueness. Dr Mohan Bhagwat began his address by saying that Sri Sri Ravishankar had aptly commended all those who deserved to be commended and the event that the nation had awaited  had finally taken place. “I completely agree with everything that Sri Sri Ravishankar has said,” Dr Bhagwat said. Speaking about the relevance of Acharya Abhinavagupta, he said “We cannot forget personalities like him. He was not just a teacher, but an amazing expert on art and aesthetics. We talk so much about about Kashmiriyat. But if those who know about and believe in Abhinavagupta are not there in Kashmir, then how can Kashmiriyat exist there,” he said.

“Acharya Abhinavagupta was a proponent of oneness. He did not believe in differences within society. Even today his teachings are relevant. The differences of caste and status need to be erased from society. Our status first and foremost is that we are ‘Bharatwasi” (Indian). Any other identity is secondary,” he said.

The program started with the chanting of Bhairav Strotra, composed by Acharya Abhinavagupta himself.

Prof. Kapil Kapoor, ex Pro-VC of JNU and currently chairperson of ‘Language Expert Committee on the Comprehensive Language Policy for India’, in his opening address recalled that scholars in Italy and other European countries have translated Acharya Abhinavagupta’s works. We Indians have to rediscover our greatness rather than dwell on negativities. The strength of Indian culture is neither religion, caste or politics but its unified (ekal) consciousness and knowledge tradition. He said Acharya Abhinavagupta was one of the protectors of our dharma  which does not mean religion. He authored 41 books (Granth). He connected the common man with his philosophy, he said.

Padamshri Jawaharlal Kaul, President of Jammu Kashmir Study Centre gave the concluding address and reminded the gathered audience of Spandan, the ethereal vibration that is a part of each living being. He asked that the nation recall the work of Abhinavagupta in the area of philosophy. The event was attended by well-known scholars, academicians, senior RSS and BJP functionaries, people from Jammu Kashmir and social activists.

Kashmir’s Acharya Abhinavagupta, the great devotee of Lord Shiv, is today recognized as one of the world’s greatest philosophers and literary critics – in the league of the West’s Plato and Aristotle. Best known as the proponent of Kashmir Shaivism, Acharya Abhinavagupta also authored many books on tantra and theatre.

Eminent Indian scholars and artists have been celebrating a thousand years of Abhinavagupta since January this year. The millennium celebrations committee is chaired by revered Sri Sri Ravishankar of the Art of Living Foundation. 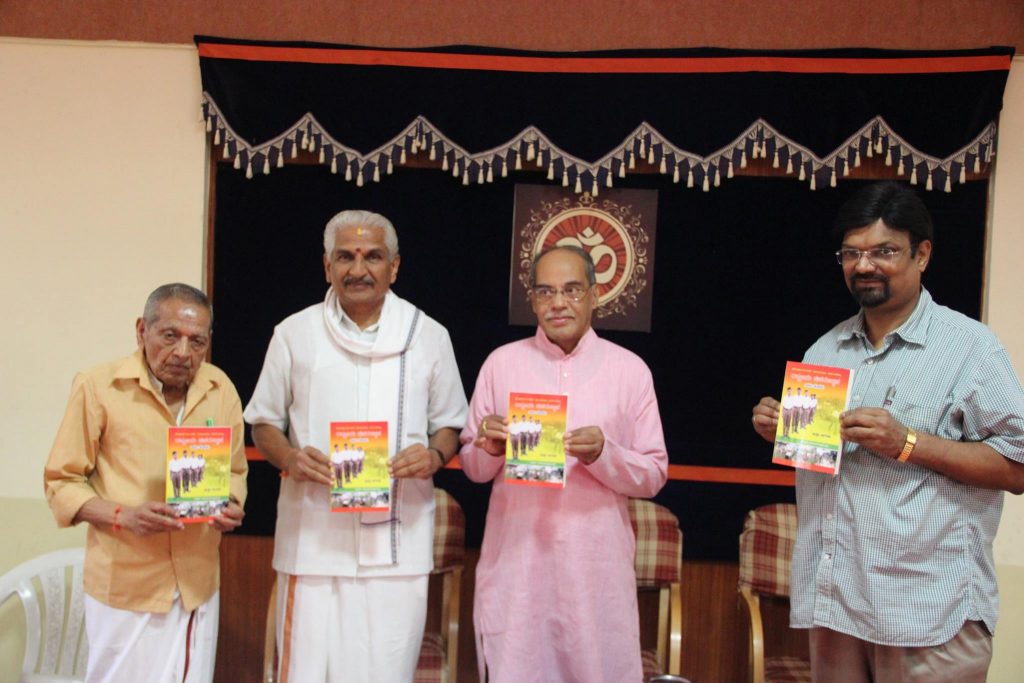