Pinarayi, Kannur October 12, 2016: RSS Swayamsevak Sri Ramith was brutally killed by Communist activists at Pinarayi of Kannur in Kerala on Wednesday morning. Ramith’s father Sri Uthaman was hacked to death on May 22, 2002. Both father and son were killed due to Communist Violence in Kannur. Ramith was killed in Pinarayi which is the native of Kerala Chief Minister and tall Communist Leader Pinarayi Vijayan. Ramith’s father Uthaman was an RSS Karyakarta, a bus driver by profession. He was hacked to death in Kannur on May 22, 2002.

Another notable incident was, Ammu a 72year lady along with Jeep driver, hacked to death on May 2002, who were returning after funeral of Uthaman. Communists should openly declare that Bloodbath and Violence is their way. Why a cowardly drama each time as preachers of Human Rights? 1/2

Communist Violence is Open and so brutal. Whenever there is a murder of RSS activist, Pro-Communist intellectuals will be on hibernation.2/2

In 2002 father was murdered,
Now son was butchered. Why do u spare the hapless mother, you bloodthirsty Marxists? #kannur #Kerala #cpmkills

Protest in Kasaragod and Kanhangad. 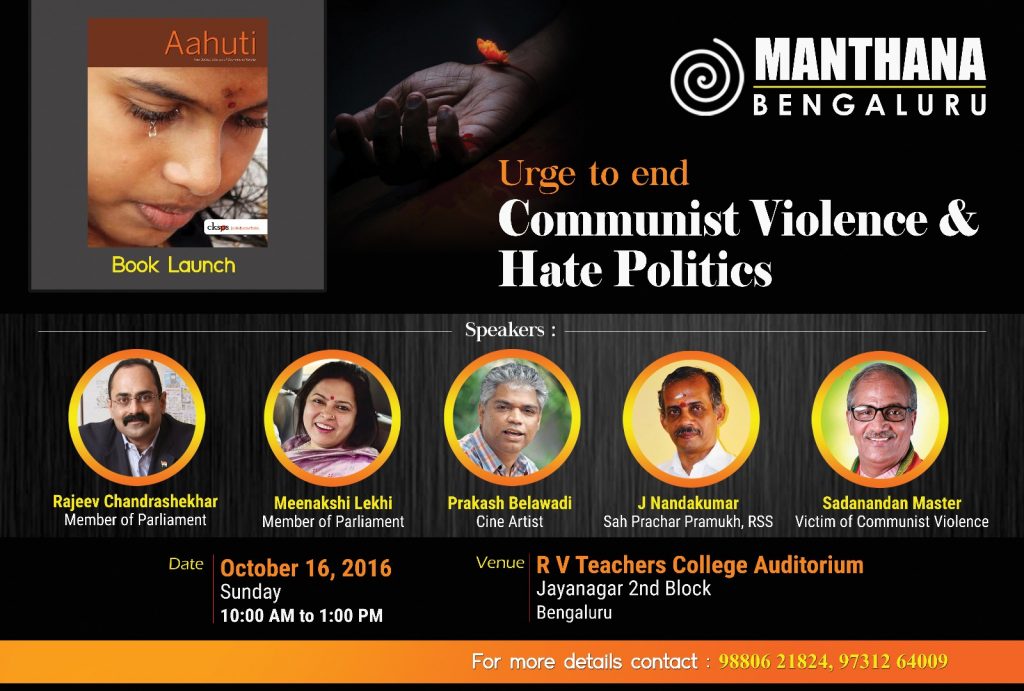