Vishesh Dwiteeya Varsh Sangh Shiksha Varg : South India level Special Dwiteeya Varsh Sangh Shiksha Varg is going on at St Joseph’s School at Rachanapally of Anantapur district in Andhra. The 20-day camp began on April 24, will conclude on May 14. RSS Sarasanghachalak Mohan Bhagwat is on a visit to this camp today, will be here till May 9 Monday. Bhagwat to address and interact with participants. A total of 158 select RSS Cadres are attending this camp from four southern states Kerala, Karnataka, Telangana and Andhra. Below photos are of Valedictory Ceremony of Sangh Shiksha Varg held at Hagaribommanahalli: 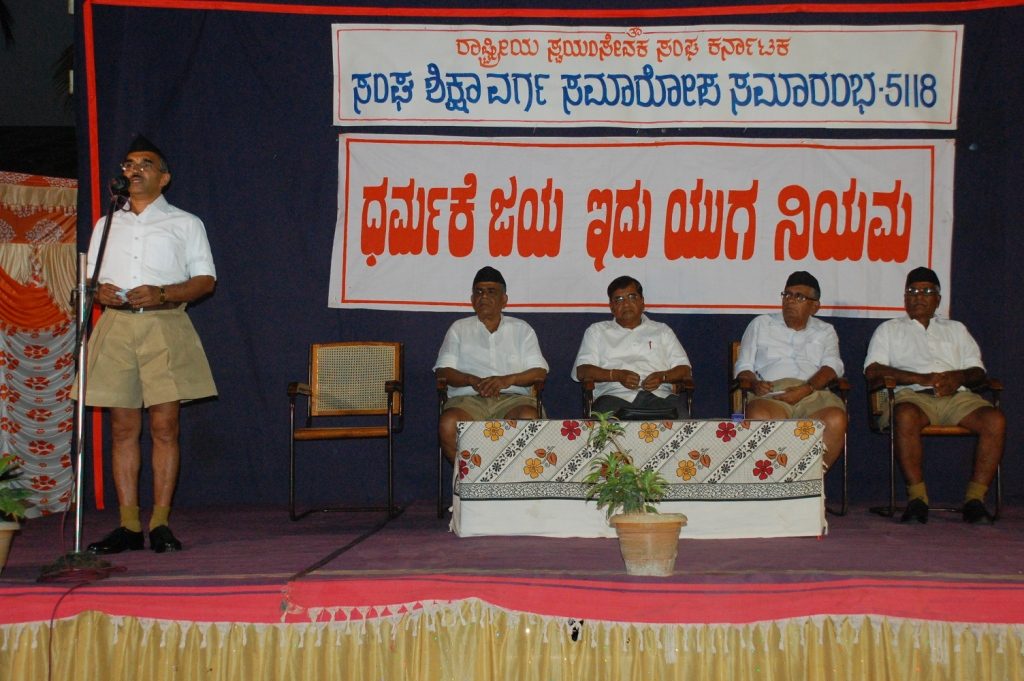