New Delhi July 19, 2016: ‘Rahul Gandhi must apologise for his defamatory remarks on RSS or he should face the trial in Defamation case filed against him. Rahul Gandhi should not have resorted to collective denunciation of RSS’, said Supreme Court today on Rahul Gandhi’s remarks blaming RSS for assassination of Mahatma Gandhi during an election campaign at Bhiwandi in Maharashtra on March 6, 2014. In the Defamation case against Rahul Gandhi blaming RSS for assassination of Mahatma Gandhi, Supreme Court said Rahul Gandhi that ‘You must face trial’.

“Case must be decided on merits, whether what you spoke was for public good or not. You can’t make wholesale denunciation of an organisation. Purpose of law is not to turn citizens into litigants, history is the biggest enemy of privacy”, observed Supreme court.

Supreme Court has given time till July 27th (Wednesday) to Rahul Gandhi to detail his arguments.

RSS Local functionary Rajesh Kunte of Bhiwandi had filed Defamation case against Rahul Gandhi blaming RSS for assassination of Mahatma Gandhi. Later there was a stay for the proceedings for some reasons. Earlier, Rahul had asked SC to reject the matter. Today Supreme Court clearly said that trail should continue and Rahul Gandhi should face the trails.

The Defamation case was filed by Rajesh Kante, Local RSS functionary of Bhiwandi, in respect to the electoral campaign speech delivered by Rahul Gandhi on 6th March, 2014 at Bhiwandi in which he has made allegations against RSS and RSS men as “they are killers of Gandhiji”. Referring this deliberate and motivated attempt of defaming the most nationalist,disciplined organization RSS and it’s followers. This case was filed under no. “Other Miscellaneous Application No.353 of 2014”. In the previous hearing the court had asked for the Police verification report under section 202 of criminal procedure code to check the facts in this matter and the police report has confirmed the contents put forward by the complainant. On July 11,  2015 on the pleading by the Adv.Dhargalkar refering the Police verification report the Hon. Magistrate has issued the above orders. Subsequently, Adv Dhargalkar has applied for the copy of the summons to be issued against Rahul Gandhi.

Rahul Gandhi, had refused the court’s suggestion last year that he apologise and settle the case. Instead of cancelling the lawsuit as Mr Gandhi had requested, the court today made it clear that the Congress vice president has to face trial and announced a hearing on July 27.

“We have upheld the defamation law. The purpose of the law is to obey law so that there is harmony rather than anarchy,” the court said.
To the argument that the defamation law flies in the face of the Constitutional right to freedom of speech, the court said: “Freedom is not crippled or cut.  Everyday a writer, politician will speak something. The purpose of the law is not to turn people into litigants.”
The Supreme Court also rejected Rahul Gandhi’s request for two weeks’ time – his lawyer and senior Congress leader Kapil Sibal will be unavailable – and said someone else can argue.

RSS strongly condemns all forms of discriminations and atrocities in the name of Caste: RSS Press Release from Gujarat 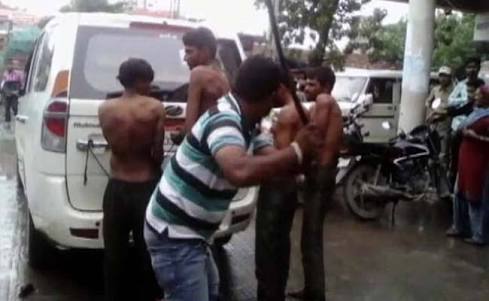