The Path Sanchalan was held as a part of Akhil Bharatiya Shrung Ghosh Shibir SWARANJALI-2016, which will conclude on Sunday January 10 at 4pm at Reva University Campus, Yelahanka Bengaluru. Sun Jan 10 , 2016
Bengaluru January 10, 2016: “Hindu samskriti or  Bharatiya Samskriti; we have this as our  identity. Bharath is not just a name of some part or piece of land. The land keeps increasing decresing based on how it is being treated. The nature of the society is the Samskriti. This is the […] 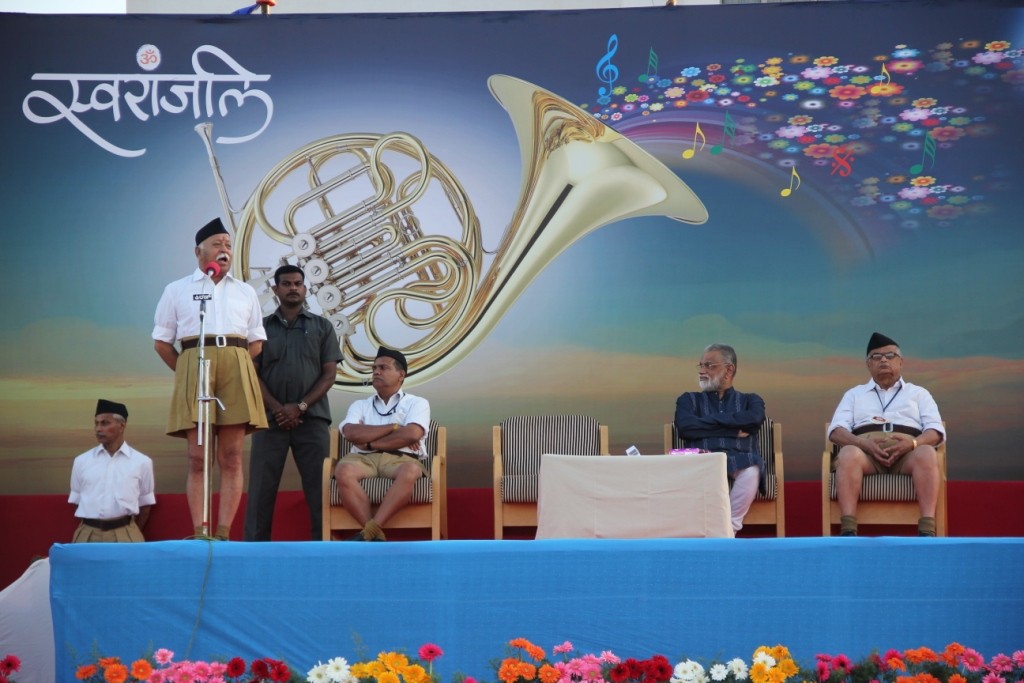