In his inaugural address RSS Sarasanghachalak Mohan Bhagwat said “Dharma has four pillars, Satya, Science, Cleanliness & Devotion. On the basis of these four pillars we will have explore the right way of living. Science & Spirituality should not contradict each other. They are not contradictory. While exploring the right way of living, time and circumstances of the nation will have to be kept in mind. Today’s world gives more emphasis to cooperation rather than struggle. They have accepted diversity as positively. A good ruler can form good policies, but if people don’t follow then there is no meaning. Not just rulers but the people should also follow the rich Sanatan values” Tue May 17 , 2016
Nagpur May 16, 2016: RSS annual national level cadre training camp Truteeya Varsh Sangh Shiksha Varg began at Reshimbagh of Nagpur on Monday morning. This residential camp of select RSS cadres will be for 25days, was inaugurated by RSS Sah-sarakaryav ah Dattatreya Hosabale. The Sangh Shiksha Varg will conclude on […] 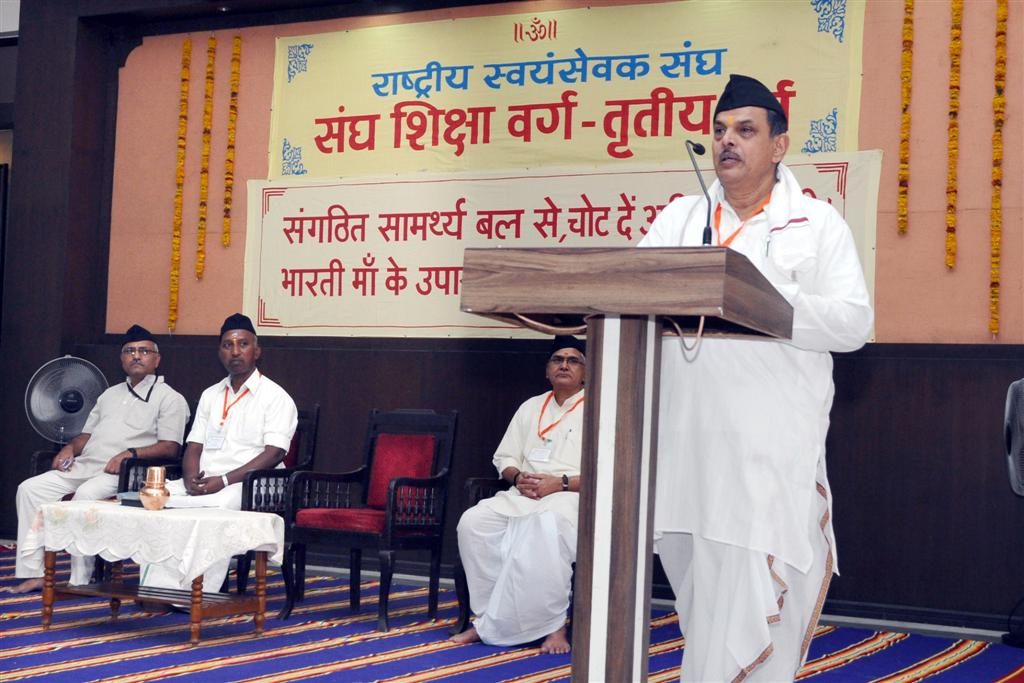