New Delhi. June 13, 2016: The VHP has termed the exodus of Hindus from Kairana of Uttar Pradesh as “unfortunate”.

Dr Surendra Jain, International Joint General Secretary said that a township that was Hindu-majority 40 years ago is now having only 8-per cent Hindu. However, it is not only Kairana in Uttar Pradesh that is a mute testimony to the exodus of Hindus, there are many more places other than Kairana which are also witnessing this trend of mass out-migration of Hindus. Apart from Kandhla, Gangoh and Thanabhavan, there are many other places too in Western UP where Hindus are resorting to mass out-migration.This dismal state of affairs has not come about in one day. Fifteen years ago, the erstwhile Governor of UP, Shri Rajeshwar Rao had warned that many Pakistans were incubating in Western UP.Unfortunately the parties that have been governing UP have concentrated more on muslim vote-bank politics rather than the interests of the nation and the state. Instead of taking action against the criminals, they provided political patronage to them.

The atrocities perpetrated by the muslims were overlooked and the Jihadis encouraged to carry out their activities. But now these people must understand that the Hindus are prepared and can defend themselves. The result of such confrontations is already well-known. VHP calls upon the state government to rein in the Jihadi elements like Azam Khan in UP and tighten the law and order in the state. The statement of Azam Khan that “The issue of Kairana is being tossed up by the rioters only” only proves that all anti-Hindu and anti-national activities in UP is being carried out under the patronage of Azam Khan. Azam Khan seems to have become the godfather of the terrorists and rioters.

VHP strongly condemns the statement made by Azam Khan. If elements like Azam Khan are not put behind bars, then the image of this UP Govt will again become that of an anti-Hindu one and this will prove suicidal for the present dispensation. Vishwa Hindu Parishad warns the Jihadi elements to come out of their Jihadi mentality. They must understand that the Hindus are not their enemies, they must realise that their forefathers were Hindus only and converted to Islam under duress due to Islamic invasion. In following the footsteps of leaders like Azam Khan who have only their selfish motives to fulfil and the conspiratorial Jihadi maulvis, the muslims will only bring ruin and destruction upon themselves. No one should think that the Hindu is helpless or weak. The conspirators have seen in the past what can happen when the Hindu is pushed to the wall, he added.

While talking to reporters, Dr Jain also said that not only in UP but in many other parts of the country like Assam, Bengal, Bihar, Kerala and Jammu & Kashmir, Hindus are having to bear atrocities of the Muslim community. Interestingly, in all these places, there seems to be a method being used to compel Hindus to flee leaving behind their property and business. First of all the girls of the Hindu community are molested, raped or kidnapped, then the Hindu businessmen are looted, their property illegitimately occupied, they are terrorized, all kinds of abuses heaped on them leaving the Hindu with no choice but to flee. If at all some action is taken against them, then because of the intervention of Azam Khan, these criminals are again let off.

The atrocity against the Hindu never becomes an issue, in fact discussing it is taboo, but when the Hindu rightfully tries to defend itself, prepares itself in self-defense, then the secular brigade raises a hue and cry. In fact, they leave no stone unturned to prove that the Hindu is the culprit and not the other way round. In reality, it is this secular brigade that is communal, which will put even national security in jeopardy to further their selfish motive. However, the mask is now slipping, the VHP advises these people to introspect and apologize to the nation for their sins before they become completely irrelevant. 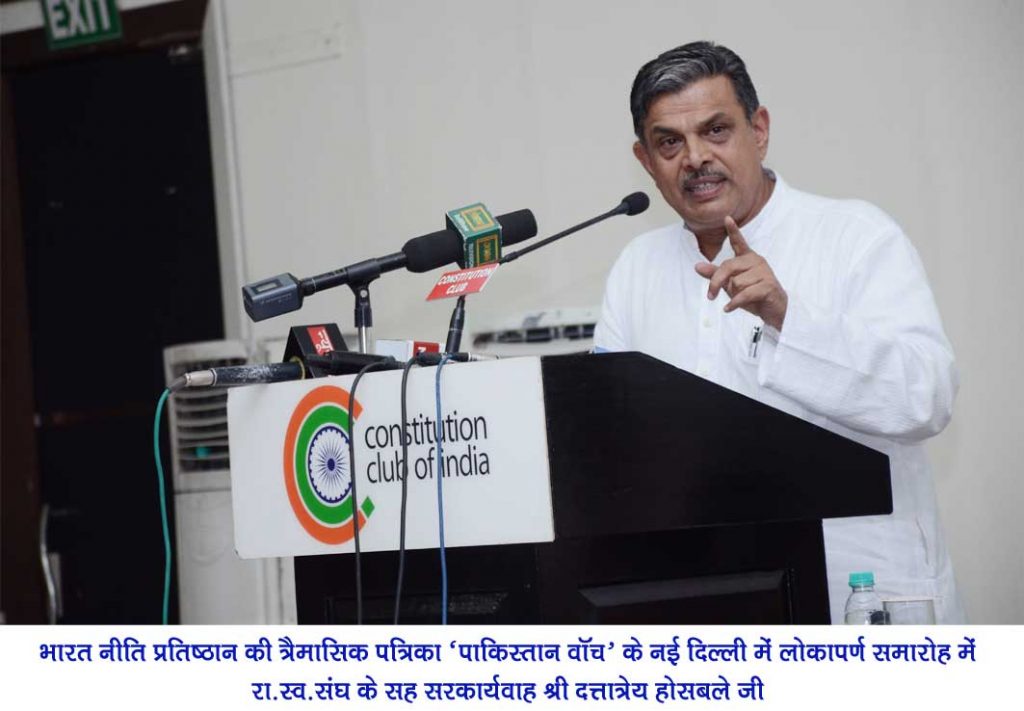