10th Dec 2017, Mysuru : “India has 120 million Schedule Tribe population. India is developing but still Janjati communities are under developed. Education is pre requisite of development. So it is the bound duty of educated Janjati people to create awareness about education & development.” Smti. Kumuda an engineer working in Karnataka Power Corporation (KPC) belongs to Hakki Pikki Janjati expressed her thoughts on the occasion of Seminar on Tribal Development organized by Vanvasi Kalyan Karnataka here at Mysore on 10th December, Sunday. She added that “education for girls is more important because when she is educated whole family will get educated in future. Still our Janjati people are unaware of various government welfare schemes so we have to help villagers to avail those schemes.” Shri Made Gawda attracted the attention on the problem of displacement of janjati communities for various development issues like mining, dams, wildlife centuries etc. He stressed that government should try to avoid the displacement & if displaced then honorable resettlement & rehabilitation activities should be initiated without delay.

Dr Jade Gawda ventilated his views on the Forest Right Act and narrated the ignorance of the administration. He said Janjati communities are depending on forest they know very well how to take care & nourish the forest. Similarly he informed the audience about the importance of Minor Forest Produce (MFP) and expressed the expectations from the government. MFP is backbone of tribal economy so it has to be promoted.

Shri B S Krishna Prasad senior bureaucrat advised that government is trying to strengthen Schedule Tribe communities of our country with the help of various means. But still pace of development is lagging behind in Janjati areas. Government should form development policies by taking into consideration of their life style, geographical conditions and their problems. He experienced that due to western education system young generation is going away from the traditions & customs. He stressed upon the medium of education at primary level should be tribal language.

At the outset Shri Atul Jog, Joint Organizing Secretary of Akhil Bharatiy Vanvasi Kalyan Ashram presented keynote address. He narrated about the criteria to be Schedule Tribe considered by Government of India. It includes geographical isolation, economical & educational backwardness, shyness in contact and unique cultural identity. Due to development in various spheres of life of Janjati community scenario is changing and in future it will change fast. Considering all these facts what are the opportunities & threats for tribal communities in future? This seminar gave an opportunity to ponder the solutions on the present issues.

In concluding session shri Pandurang Vittal expressed his apprehension about increasing addiction of alcohol & narcotics. He advised to be proactive for de-addiction. Shri B V Vasnt Kumar passed concluding remark. Shri Raghuram extended vote of thanks. 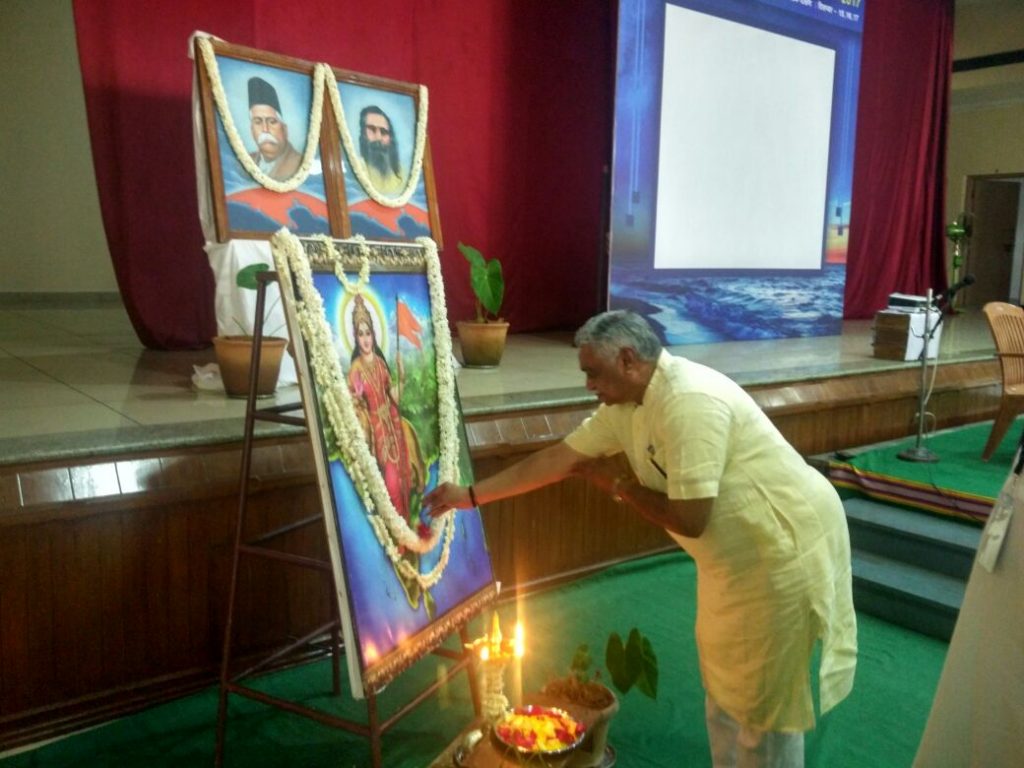