The article is sourced from Organiser weekly.

Paresh Mesta was only 18. A lively teenager, who wished to serve his community and the nation. He was a darling of his family and friends. On December 6, Paresh went missing. Two days later his badly mutilated body was found floating in the lake in Honnavara, an Uttara Kannada district of Karnataka. His body was found with deep wounds, with tattoo of ‘Jai Shree Ram’ ripped off, head split with a sword and traces of boiling oil being poured on his face. His only crime for having undergone the torture was that he was a proud Hindu!

On one hand, Karnataka has witnessed brutal murders of Hindus in the last few years by outfits that profess Islamic hegemony. On the other hand, rabid Islamic outfits like (Popular Front of India) PFI have hundreds of cases against them withdrawn by the State. The Congress Government under Siddaramaiah has proven to be a safe haven for Jihadists on more than one occasions. Siddaramaiah himself admonishes ‘Hindutva’, RSS, BJP regularly but steers clear of any comment on murders of Hindus by Islamic outfits. His ministers attend events organised by the PFI. His government spends crores to commemorate Tipu Sultan’s jayanti. The result is today Karnataka is a fertile ground for Islamists to spread their wings with no hindrance from the establishment.
Karnataka Government’s lack of will to tackle terror in its own backyard has only emboldened the forces that are out to target Hindu activists and leaders. Even a slight scuffle is responded with brutal murders. Inhuman treatment meted out to Paresh is only the latest in a string of murders of Hindus that has rocked Karnataka. What started as a minor scuffle between Hindus and Muslims over a tomb in Chandavara near Honnavara Taluk, grew into a conflagration between the two communities as the police failed to monitor and bring the situation under control. District President of the BJP Uttara Kannada Shri KG Naik told Organiser that they had alerted the local police about the presence and participation of outsiders in the district during the riots. However, he alleges that the police took no heed to their pleas and the result was the brutality meted out to Paresh. He further said that the way Paresh was tortured and murdered indicates a clear hand of the Islamists trained in Kerala. The residents whom I spoke to are sure that Muslims from Kerala were brought to Honnavara soon after tensions started between the two communities as there are very few Muslims in the town who could create a riot at the scale that ensued in the town.

Bhatkal Riots
The cause for the present series of murders of Hindu leaders can be traced back to events that occurred more than two decades ago in Karnataka. What we are witnessing today is a direct
consequence of inaction and lack of concrete response to the events of 1993 in the coastal town of Bhatkal.

In 1993, Bhatkal witnessed communal riots for many months and about 20 people were killed during those riots. The Karnataka Government then set up the Justice Jagannatha Shetty Commission under former High Court judge Kedambadi Jagannath Shetty to probe the riots. Though the report was never made public, parts of the report were leaked in 1997. The Commission said that it had established that the Inter-Services Intelligence (ISI) was secretly operating through its agents in Bhatkal to cause disturbances in coastal areas.  It also categorically mentioned the lapses and inaction on part of the police to control the riots and during investigations. The section that details the role of the ISI in the area and smuggling of arms and ammunition is of utmost importance to any government or the police. The commission’s report states that the officers of the intelligence wing of the State police, customs and district administration revealed that the RDX used by terrorists in the 1993 Mumbai blasts was first dumped in Bhatkal and then transported to Mumbai via Ratnagiri. However, the 3-volume report has neither been published nor have its recommendations been accepted by governments till date. Inaction on the part of various governments over the findings of Justice Jagannatha Shetty Commission, further emboldened the rabid Islamists. Bhatkal which was like a simmering cauldron for many years was shaken again a decade later. BJP leader Thimmappa Honnappa Naik was shot dead in Bhatkal town on May 2, 2004. Two years later, popular leader and BJP MLA Chittaranjan too was murdered in April 2006. The then  government had used its police might to curtail the protests that ensued but did nothing over the findings of Justice Jagannatha Shetty Commission. The commission recommended the constitution of a special intelligence unit comprising officials who could tackle communal violence.

But the Government till date has not set up a specialised unit to gather intelligence as recommended by the commission. Unlike several other States, Karnataka does not have a counter-intelligence cell.
Many then hoped that the murders of BJP leaders in coastal areas and the attack on Indian Institute of Science (IISc) in December 2005 would shake up the Government and the police. It was established that the Lashkar-e-Taiba (LeT) in congruence with the ISI and favourable forces like Indian Mujahideen (IM) in Karnataka had carried out the dastardly attack on our scientific community. Yet, the Karnataka Governments chose to ignore the Jagannath Shetty Commission’s report.
To be fair, the Karnatka police have foiled many plans of the terrorists by timely arrests. In 2008, militants trained by LeT were arrested from Hubli. Similar arrests were made in Mysore, Bengaluru and other places. But the grip of the terror networks on the State both as a base and target has only been increasing with each government handling terror with kid gloves. Most actions of the Government are to
immediately pacify angry protesters, political opponents or aggrieved families. The lack of concrete plan of action to tackle Islamic terror with the advent of ISIS in India is evident with the latest incidents of murder of Hindus.

If it was ISI, LeT and IM yesterday, it is the ISIS and PFI today. The murder of Hindus continues unabated. While earlier governments were mere spectators, the present government is accused of being a benefactor by pandering to the Islamists. In 2015, Siddaramaiah’s Government withdrew 175 cases related to arson, rioting, damage to public property, etc against KFD and PFI. However, calls for
expeditious and honest inquiry into murders of Hindus were given a neglectful treatment or brushed aside under the carpet.  Instead of conducting a prompt inquiry after the murder, congress spokespersons and few police officials were making callous statements to the media even before the post-mortem report was released. The statement of a senior police official attributing Paresh’s death to natural causes not only enraged his family and locals but also gave a clue as to the direction in which the investigation would be held. As expected, the post-mortem report from the Taluk hospital toes the police line and suggests that the body had no injury marks.
Everyone right from the people who extracted Paresh’s body, to his father who received him, have categorically mentioned the injuries they saw on his body. Moreover, how can one believe a post-mortem report in a State where a senior police officer MK Ganapathy naming culprits for his suicide on live video is yet to get justice, honest cop Anupama Shenoy is made to quit the force, IAS officer DK Ravi dies under mysterious circumstances and it is declared as suicide. When such people in prominent administrative positions couldn’t get justice, can commoners like Paresh and his aggrieved family expect any justice from this government?
With 20 murders of Hindu activists in the last few years in Karnataka, and with no action having been taken to secure lives of people from Islamic
terrorists as recommended by Jagannatha Shetty’s Commission, every concerned citizen of the State
is wondering if Siddaramaiah’s Government has turned Karnataka into a graveyard for nationalistic forces all for the sake of pandering to his vote banks. 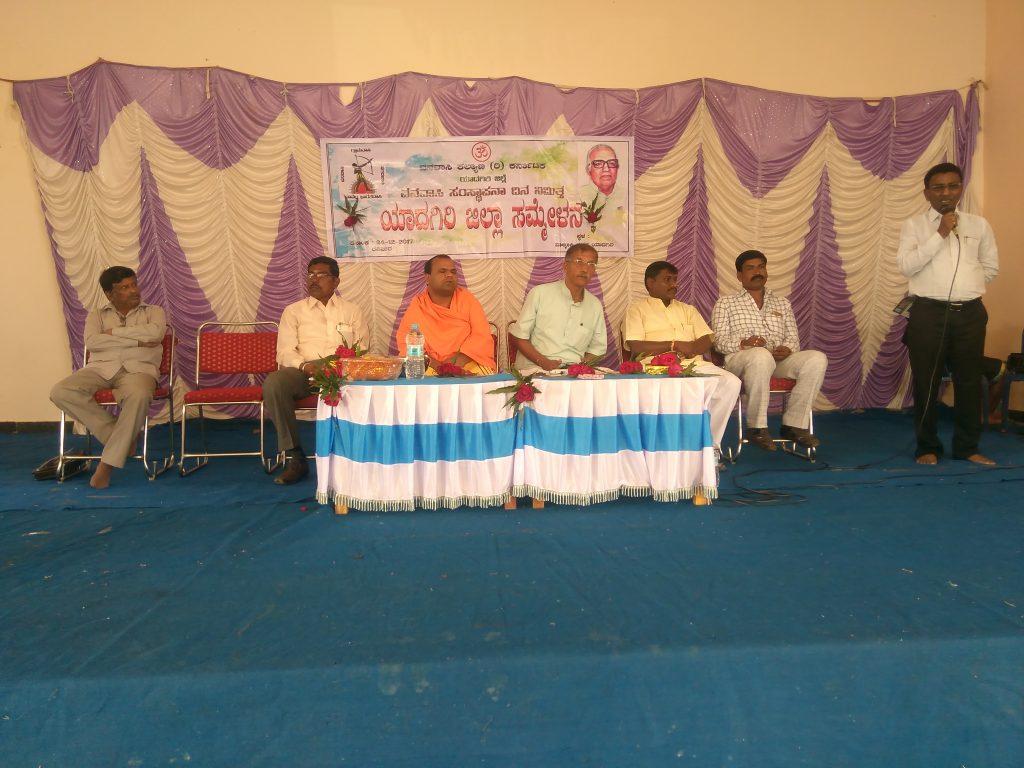