When the whole world is busy fighting the moral, ego, class, social, border and power wars, the true ambassadors of “Vasudhaiva Kutumbakam” are noiselessly pursuing their job. This very concept can be considered as the primary derivative for all the theories and practices of the modern day ‘Secularism’ and ‘peace theories’.  The Ancient Indian civilisation was so rich that it practiced a lifestyle to embrace each and every human being as its own family. The roots of Vasudhaiva Kutumbakam can be found in the 5000 year old Hindu scripture ‘Mahopanishad’, it consists of three words: “Vasudha” -The Earth; “eva” – indeed and “Kutumbakam” – family, coined to mean “The Earth is a family”.

Prime Minister Narendra Modi too, in his first address at the United Nations General Assembly, opened it up with a tribute to this very great concept, telling a packed assembly hall of delegates that India’s philosophy, which was not an ideology, was the Vasudhaiva Kutumbakam which has guided the nation since Vedic times. But again, how one individual practices this philosophy in real life and how he transfers life to it in the real world is what makes it achieve its true concept.

The ‘Abrahamic-religions’ of the west, which preach neo-peace theories evolved very similar to that of ‘Vyakti-panthas’ of the east, which preach ‘Dharma’. If we glance at the history pages of the last 25 centuries, the west has witnessed evolutionary series of neo-peace delegations. Geographic & climatic conditions of the west might had influenced people to inherit violence and nomadness, hence, peace was much sought of stance allowing the need and rise of neo-peace preaching’s. The present global scenario with all demographical errors just proves that the ultimatum of these theories of establishing peace have drastically failed as they lacked a clarity on the technique and also in understanding the ‘Soul of peace’, which lies in ’Self-realisation’. Christianity or Islam which have been termed as religions today are basically such preaching’s of enlightened human beings, Jesus Christ and Prophet Mohammad respectively.

Similarly, the civilisation in the east had evolved beyond human-instinctual life way before; moreover they had understood that the existence of a human being is to find inner peace and to spread it alongside Humanitarian concerns, and this very process was termed as ‘Dharma’. Mahaveer jain, Gautam Buddha, Prabhu Sri Ramchandra, Lord Sri Krishna and many more such individuals had attracted individual followings and cults, paving way for the evolution of ‘Vyakti-Panthas’ such as Jainism, Buddhism and similar. Without a Peace-loving individual, a peace-loving family can’t exist; without a Peace-Loving family, a peace-loving Society can’t exist; without a peace-loving Society, a peace-loving nation can’t exist and similarly without peace-loving nations, peace in this world just can’t exist and for this very ‘peace’ to find a permanent place on earth, an individual has to be shown the way to self-realisation, and that is the back bone of all ‘Vyakti-pantha’ preachings.

The ‘Vyakti-panthas’ were not widely established in the west, may be because of strongly evolved Abrahamic-religions, which are losing their footholds today because of the enlarging vacuum in societal-problem solving. Present age ambassadors of this philosophy are trying to fill in that vacuum by taking an individual towards self-realisation irrespective of his faith and belief system and now, it seems that the west as a society have also started identifying the answers and are evolving beyond their inherited practices to integrate with Dharma.  Ramakrishna Mission, ISCON, Art of Living, Isha Foundation, Mata Amritanandamayi Math and many more modern day Dharma-Prachar organisations, if one has to call them in an ancient way, are doing some what very similar to what Gautama Buddha had done in the past. It is very much visual that people practising different faiths from across the world have started seeking “self-realisation” through exclusive or blended techniques of Jnana-marga, Bhakti-marga, Karma-marga or Raja-marga,  preached by these and similar organisations, not by de-practising their existing faiths but by integrating them with these. This is what Dharma is all about, it never forces an individual to practise or de-practise a certain faith, it only preaches to practise ‘Atma-Suddhi’ or Self-Realisation, through which attaining ‘Jnanodaya’ or Enlightenment is the ‘Dhyeya’ or motto, through which acceptance of ‘Vasudhaiva Kutumbakam’ or the world to be one single-family is its “Tatva” or philosophy, through which ‘Sarve Jana Sukhino Bhavantu’ or the Universal Peace will find a place. 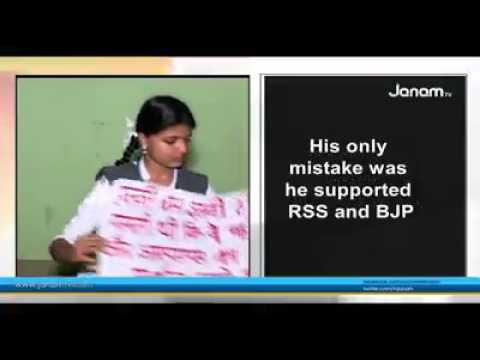