Manthana, Kalyan Nagar, started in December 2016, is an intellectual discussion forum that meets every second Sunday at 4:30 pm to discuss on relevant current affairs topics or issues of national importance. The Talk by a prominent speaker is usually for about 45 minutes followed by 25 minutes of Q & A. The talk is held in this school JGRV School, Kalyan Nagar. Some of the topics that were discussed are: Common Civil Code, Demonetization, Digital Economy, Union Budget, Innovation and Entrepreneurship, Lake Rejuvenation, Go Green, Shri Rama Janmabhoomi, Gau Samvardhana and Raksha, Economic and Strategic Challenge from China, Cultural Nationalism and Integral Humanism. Every month, the topics of National interest with socio-political as well as cultural relevance to society are taken up to discuss and deliberate with the leading leaders in the respective fields. This month’s event conducted today was on the topic of “Nari Shakti” (“Her” Story – Role of Women in Social Media). Over 130 people attended the talk by Shefali 12th Nov 2017, Bengaluru: Shefali Vaidya said, It is important to empower one’s self thus liberating one’s self.  Let people know what you feel, and constant reality check is important for effective work. Assert your identity as a Hindu and have a Dharmic way of Life. No matter whatever activism happens on Social Media, it cannot be a replacement for ground activities.
Pride yourself on being a Hindu, whether wearing handloom saarees, wearing a Bindi, visiting temples, or in pursuit of archaeological wonders and knowing the true history of Bharat; and do not be apologetic about your Hindu practices she said. Shefali Vaidya narrated her ordeal in handling ‘trolls’ who are abusive. While discussing about ‘trolls’, the best way to not feel hurt, is by remembering that those are mere words and take the sting is out of words!
Smt.Shefali Vaidya gave a brief introduction of how and when she joined the Social Media platform. Coining the new term, “SHAKTIVISM”, Smt.Shefali Vaidya said,
S – stands of seeking knowledge,
H – Help each other to build network,
A – assert always, saying it unapologetically,
K – Know stuff (cross check sources),
T –Target your audience (choose any one tool such as Twitter, Facebook or Instagram and stick to it),
I – stands of Invest in onceself (update yourself about technology).
V–  stands for one’s own voice; be genuine and develop an identity of own self
S – Specialisation (focus and do justice)
M – use Multiple languages (“Matru Bhasha” more often as the audience as we Bharatiyas are blessed with more than one language.
Shefali  ended her speech with a beautiful thought that each and every one of us had power in our own hands to do something positive to the nation – assert yourself and make the best use of Social Media. Smt.Shefali said, each one of us is part of the critical mass, who are very important to strengthen the society. If we ALL speak up, the main stream media will definitely pick it up, because they also cannot ignore such mass movements, thus translating our voice into main stream voice.
The program began by lighting series of earthen lamps which were decorated in the form of Akhand Bharata in front of “Bharat Mata” murthi, by Smt. Shefali Vaidya, the Chief Guest and Smt. Janaki, the guest of honor and all the women participants marking an auspicious start, followed by Ganesha Vandana by Smt. Anupama. Smt.Asha had also hosted Smt.Shefali Vaidya in a Facebook LIVE chat as a prelude to the Manthana session. In her welcome speech, Smt.Asha spoke about women’s contribution in strengthening the nation since Vedic times and highlighted the various personalities in the present times. She said,  “Nari Shakti has always played a pivotal role in Bharatiya Itihas. There have been innumerable examples of women contributors since Vedic times, whether it is for Self protection, protecting the Rashtra (nation) or for upholding Dharma, all that speak of spiritual knowledge and wisdom as well as valour and courage. To recall those great spiritual as well as mighty valiant personalities, is to worship the female form of divinity as a symbol of “Shakti”. We have many great examples from Karnataka: Keladi Chennamma, Kittur Chennamma, Onake Obbavva, Belavadi Mallamma, Rani Abbakka, Akkamahadevi to just name a few. In present times too, there are innumerable examples of women who have been making a mark in every field, be it Army, Navy, Airforce and other Defence forces, in the Sports such as PV Sindhu, Saina Nehwal, Mary Kom, Sakshi Malik, Dipa Karmakar, Para Olympian Deepa Malik, as well as in the Scientific & Technological fields of Bharat’s pride Mangalyan of ISRO, DRDO, and all the Mothers and Teachers who play a vital role in upbringing the children in the society by instilling Samskaaras & education and strengthening the Nation.
The guest of honour, Smt.Janaki from Manthana Kalyan Nagar introduced Smt.Shefali Vaidya, who has carved a niche for herself in Social Media. In her introduction, she said Smt.Shefali Vaidya is a champion of Dharmic way of life, a writer and a blogger, who speaks her mind fearlessly.
The speech was followed by a Q & A session, where the audiences asked questions on a range of issues related to Social Media, its pros and cons, dealing with the trolls, authenticating the sources, and the impact it has on the nation. Shefali jmentioned that difference of opinion is not always bad. We can all contribute in preserving our culture by posting grand-mother’s recipes, unique Rangolis, traditional dresses, etc., so that our future generations can go back and make good use of it.
Smt.Hemashree performed  Vote of Thanks, where Arshina, Kumkuma along with a beautiful “Saaree” was presented to Smt.Shefali Vaidya by Smt.Gita  and Smt.Hema as a token of appreciation. Kum. Shravani led Vande Mataram rendition along with the audience. The program ended with slogan “Bharat Mata Ki Jai” and a promise to strengthen Bharat and achieve the ultimate glory. 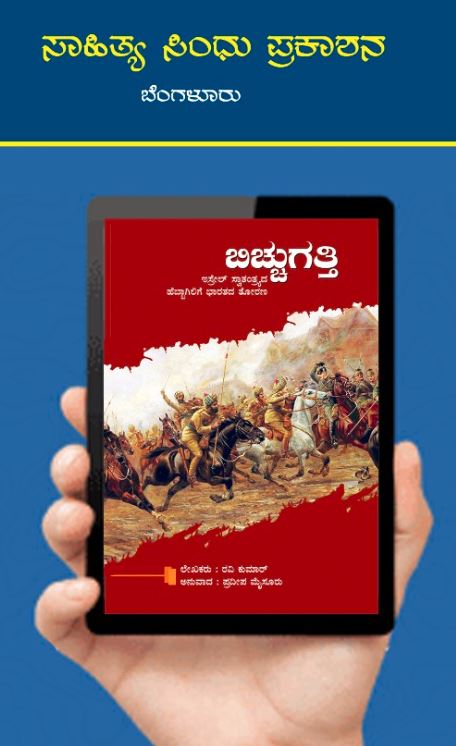