Savayava krushi Parivar an RSS inspired organization is a consortium of families in karnataka who practice Organic Farming. Each taluk in karnataka has its own small groups which enable and help farmers grow organically and are tied to Savayava Krushi Parivar.

These organic farmers are also selling their produce and Bengaluru’s Rashtrotthana Parishat has been hosting this process of farmers selling their produce directly to consumers with no middlemen for last few months without any breaks and hindrances. Also in Hsr layout and LBS nagar in Bengaluru, these direct selling by the farmers is in vogue.

With the intention of serving everyone chemical and poison free food this initiative has seen success. Also the farmers being encouraged to grow organically has increased many fold.

The venue will remain same for the future events and the date for the next would be announced on 12th Nov. Wearing a saree or bindi, visiting temples... Need not be apologetic about practicing any Hindu customs : Smt Shefali Vaidya

Sun Nov 12 , 2017
On the special occasion of Manthana, Kalyana Nagar’s first anniversary, a seminar was conducted at Jaigopal Garodia Rashtrothana Vidyalaya (JGRV), Kalyana Nagar, Bengaluru today, in the auspicious month of “Kartheeka Masa  Manthana, Kalyan Nagar, started in December 2016, is an intellectual discussion forum that meets every second Sunday at 4:30 […] 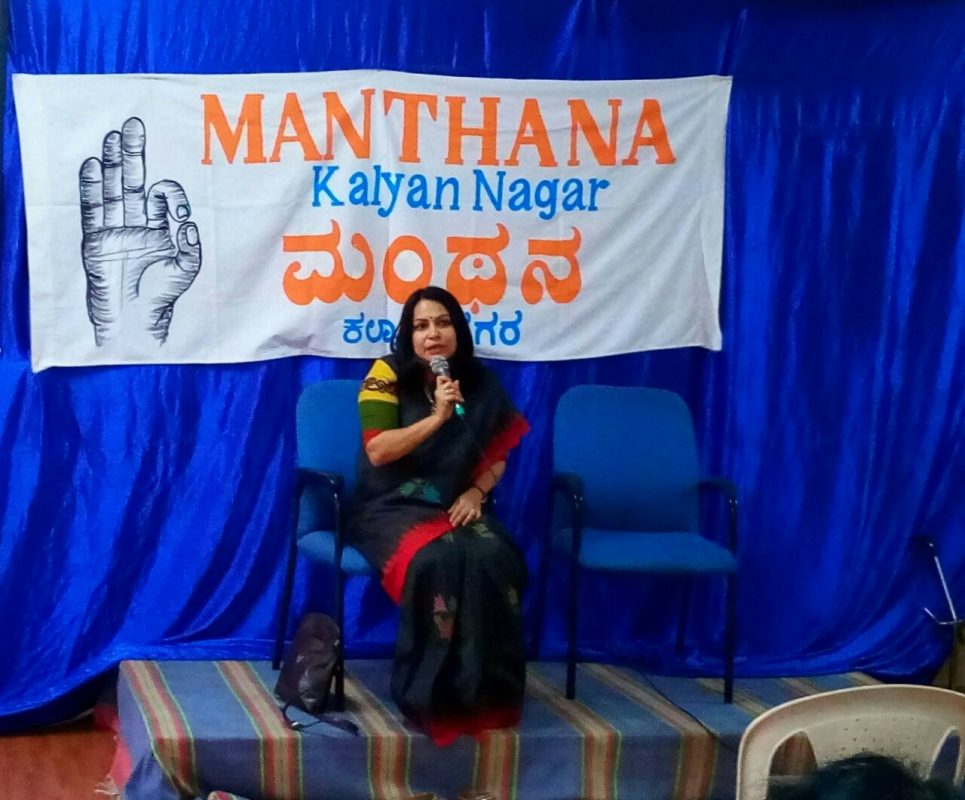