Prominent leaders from Bharatiya Kisan Sangh (BKS), working for the farmers;  Vanavasi Kalyan Ashram (VKA), a tribal welfare organization; Akhil Bharatiya Vidyarthi Parishad (ABVP) one of the biggest student organization of the country; Bharatiya Majdoor Sangh (BMS) a leading workers union; Vishwa Hindu Parishad (VHP), a forum of Sadhus, Sants and Pontiffs; Bharatiya Janata Party (BJP), one of the most important political party of the nation; are attending the meeting.

Several organizations with special focus like – Sakshama, working for the blind; Seema Suraksha Parishat,which is committed to boost confidence among people of border districts, Poorva Sainika Parishat, working among retired soldiers will be represented in the meeting.

On all three days, there will be exchange of experiences and ideas throughout the year on the Sangh work.  Each province will present its report in different fields of Sangh work.  Swayamsevaks working in different organizations will share their experiences.  A resolution on national issues will be discussed, debated and passed accordingly.

Elaborating on other facets of work like enhancing social harmony, protecting and nurturing native cow breeds, development of villages, family values swayamsevaks are continuously working and good results are seen, he said.

In a question to Kerala violence, Shri Nandakumar stated that on March 1, 2017 a protest demo were conducted all over the country.  585 programmes all over the country (other than Kerala and the states were elections went on) gave a raising call against state sponsored violence unleashed on Sangh swayamsevaks.  Four lakh people from all walks of life participated (wherein 50000 were women) participated against undemocratic, inhuman behavior on Sangh swayamsevaks.  In Kerala alone, 750 protest demos were conducted; huge door to door campaign; in 5000 villages around 6,50,000 houses were contacted. A welcome change has occurred in Government’s attitude on democratic expression of anger and anguish, he stated. 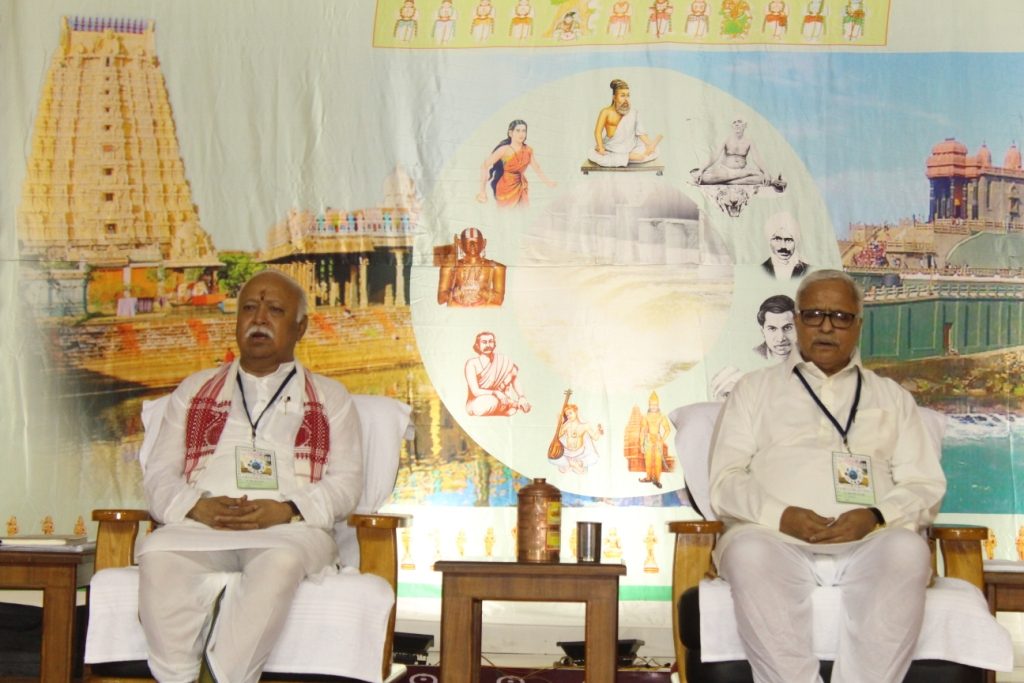