Q: What do you think is the reason for the communal riots in the areas of coastal Karnataka? Who do you feel is stoking the fire?

Dr. Prabhakar Bhat : In the district of Dakshina kannada of Karnataka, the percentage of Muslim population is 30. Christians form 10% of the population. They have been voting one single political party to power as tradition. If one observes carefully, the Congress is enjoying the fruits of such demographic conditions. As Hindus are organized, it is known that appeasement would never ever work with us. So they resort to appeasing Muslims and Christians in the name of minority. Minister Ramanath Rai in his constituency has around 70,000 muslims. That is the number what he needs to win the election comfortably. The society may die or the honesty may rot. They care a little. It would not bother the elected representatives unless they have the power, money and position to rule. They would certainly stoop to any low.

When such is the support base the muslims have, they end up in attacking and killing Hindus. The minister incharge who fails to do his part honestly, feels easier to fiddle amongst the regions and caste. What should Hindus now do? Who do they complain to? The district incharge Ramanath Rai has failed completely. Continuing him in the same position would result in more communal disharmony. He should be disbanded immediately. Replace him with someone who can give justice to all the people irrespective of the religious faith he follows.

Truce making was initiated in Mangaluru and BJP was invited. But why was there no participation?

Yes, Minister Ramanath Rai had called for the truce making in Mangaluru who as I said is the main reason for the disharmony. How can anybody attend such a meeting which is called by the culprit himself. For all communal disharmony Ramanath Rai expresses RSS is the reason. If that is the case why was RSS not invited to it? Let us make it very clear that it was only BJP which was invited. As he feels it is RSS who is primarily involved he should have expected our representation too. He has called the meeting of some Muslim religious groups to participate and would have certainly spoken soft to them. How should one consider this as truce making? Has he not kept RSS away like untouchables?

Ramanath Rai has urged for your arrest citing reasons of hate speech. What do you have to say about  it?

I feel sorry to say this. But it is a bitter truth that Hindu Samaj is under deep sleep. Why was our country partitioned during the independence from British? The Muslims were rioting against the Hindus then. Hindus did not have the courage to counter such riots. Unfortunately the partition happened. But we are not impotent. We will organize. In Hindu Dharma we do not have any preaching which gives a call to behead the non believers. Neither does it ask to convert people not following our faith to ours nor steal girls of other beliefs into our Dharma. It does not even preach to throw stones on the Masjid, or burn the Quran or Bible. It certainly has told us to protect ourselves and also to protect Dharma. If I build a mighty compound around my house, the robber who had planned to rob my house should see the trouble and not someone who is in the righteous path. What we are doing is also the same. To protect our Dharma, we are constructing the wall around us to eventually protect ourselves. So no one has to be worried about us.

Shunning the old practices of caste, creed, untouchability, and organizing ourselves is the gist of my speeches every time. How could anybody term it as hate speech? The mullahs who speak incitingly are not hate speech according to them. If our country has to be strong we Hindus have to become stronger our society has to become stronger and efficient too. Former President Abdul Kalam had dreamt of India becoming a powerful nation by 2020. We are doing exactly the same making the country more powerful and stronger. One might follow Christianity,Islam or Hindutwa, if he wants his country to progress he shall not do something wrong and shame the country.

The minister needs some scapegoat to run his vicious politics and he has openly declared me as his target.

It is been alleged that the death of Sharath Madivala was declared a day late and hence his organs were not eligible for transplantation. Is government responsible to it directly?

Death itself is a sad thing. We do not rejoice deaths. The dead could be following any faith, at the end it is a matter of grief. Playing politics even during deaths is a shameful act. But the State government has lost humanity completely. The day Sharath died, a Congress convention was pre organized. That was one reason why the death news never broke. How should anyone accept such people as saviors of citizens who have ended up playing politics on a dead person? Sharath’s father was keen on donating the eyes and kidneys of his son. Some needy would have benefitted from it. The government is directly responsible for this.

The Chief Minister has also lost his son. Condolence messages poured on him by not just his friends but by his political rivals too. He could have understood this at the least. But sadly he also turned out to be a hard hearted person related to Sharath’s death announcement. What would have Congress lost had it postponed its convention? Certainly the death was more serious than the Congress convention. The doctor was threatened to not disclose the death. However the doctor who stood by his professional ethics has spoken the truth. The government and the people involved in this are to be questioned by law. We will take this to the next course and fight for justice.

Section 144 is being imposed in the city of Mangaluru for last couple of months. Is it the failure on government’s part?

Yes. Mangaluru is facing the Section 144 for close to two months from now. Where would such a section be imposed, In my mind at very sensitive parts of the state which always erupts with violence. Mangaluru was known for peace and it is such draconian section which has made it horrible to lead life. The irony is that Sharath’s murder happened when Sec 144 was imposed. So does it not mean that it is helping only a section of the society and not the society in total? Is it not the responsibility of the government and the police to restore peace and is it only Sec 144 which can help restore peace?

What do you think are the measures to be taken to restore peace in the town?

Give a free hand to the police and let them work without bias. Do not pressurize them thru political power. The police really know who is behind such untoward incidents. The district incharge minister has proved he is incompetent to handle such cases. He must be removed and anyone who could deal the issues without prejudice should  be installed. We are approaching the Centre to open a NIA office in Mangaluru to check such groups who are involved in violence.

It is alleged that  the killing of Hindu Karyakartas in Karnataka is similar to the ones which are happening in Kerala?

IT is not mere allegation, it is a fact. What is happening in Kerala is happening in Karnataka also. The groups here are inviting specialists from Kerala and executing Hindu Karyakartas here. I am sure the State also knows it, but they are tied by the secular politics and appeasement. They do not care for a person killed due to venomous groups. I strongly condemn it!

Protection of cow is the protection of life support system of social self : Sri Pradeep, RSS Pracharak

Tue Jul 18 , 2017
On contemporary issues, RSS views and the like, an interview of Sri Pradeep, RSS Pracharak to a news portal – Samachara.com was conducted in Kannada recently. Read the version below in English. (Sri Pradeep holds the responsibility of Karnataka Dakshina Sah Prachar Pramukh in the RSS.) Q: After the 2014 […] 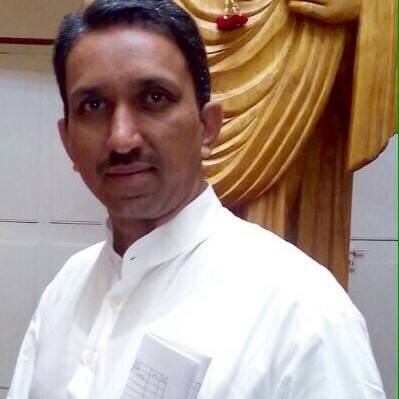